Shipwreck with parts of the Parthenon is revealing its secrets

The last expedition of divers to the Greek ship Mentor, which was shipwrecked near the island Citera in 1802, recovered several pieces of rigging, coins, the leather sole of a shoe, a metal buckle, a card to play cards, two chess pieces , fragments of kitchen utensils and other seemingly mundane objects.

When it sank, the ship carried chipped marble sculptures from the Parthenon, in Athens, later damaged, known as “Margin of Elgin” or “Marbles of the Parthenon”. These sculptures – which depict Greek gods, heroes and animals – are now on display at the British Museum in London.

The small objects recovered from the wreck reveal intriguing aspects of the lives of people on board the ship when it sank, he said, in statements to the LiveScience, the marine archaeologist Dimitris Kourkoumelis, from the Department of Underwater Antiquities of the Greek Ministry of Culture and Sport.

“The goal is understand how people lived and what life was like on board, not only for passengers, but also for the crew, ”said Kourkoumelis. “We found gold coins from Utrecht, the Netherlands, as well as Spain, as well as coins from the Ottoman Empire – so there was really a cosmopolitan group in the Mentor.”

Kourkoumelis has led diving expeditions to the Mentor wreck every summer since 2009, after the Greek government enacted legislation to protect the shipwreck and formally ordered archaeologists to excavate it.

The Mentor was an American-built brig that belonged to the British diplomat Thomas Bruce, a Scottish nobleman named the seventh Earl of Elgin.

According to Kourkoumelis, the construction of the Mentor is very different that of similar ships built in the Mediterranean. “American ships were built to travel on the open sea and, therefore, were much stronger – it is very interesting to work on a ship like this,” he said.

The wooden ship is now rotting after more than 200 years under the waves – and only a few more years of excavation will be possible.

The wreck has yielded several small objects over the years, including gold jewelry, ancient coins and Greek pottery that probably came from the private collections of some of the passengers on board when it sank.

The most recent findings last year included two chess pieces of wood – six other pieces from the same set were found in previous years – and one metal token or coin that was probably used in a card game.

Archaeologists plan scientifically examine all objects, many of which will be exhibited at the Acropolis Museum in Athens. The museum already displays about half of the Parthenon sculptures that still remain.

Dispute by the statues

Elgin, as Thomas Bruce was known, used the ship to transport to England the antiques he collected while living in Constantinople as Britain’s ambassador to the Ottoman Empire.

Although the ship arrived in Cythera, where its passengers and crew climbed the rocks, Mentor sank below about 20 meters of sea water.

Elgin’s secretary, William Hamilton, spent almost two years in Kythira, supervising the rescue of the sculptures by divers who were paid to recover them from the wreckage without any diving equipment. 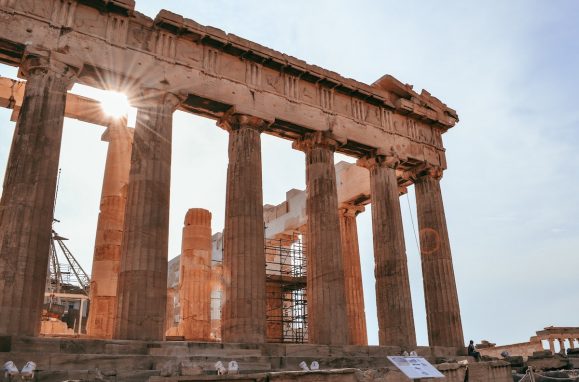 The sculptures were sent to England and Elgin sold them to the British Museum in 1816.

Elgin said he paid for the sculptures and that he obtained a decree from the Ottoman government to take them. However, no evidence of the decree is ever found, according to the British Committee for the Reunification of the Parthenon Marbles, a non-governmental organization.

When Greece regained its independence from the Ottomans in 1832, it started a series of projects to recover looted art and Elgin’s marbles were at the top of the list. Since then, all successive Greek governments have demanded that the sculptures be returned. So far, however, the British Museum has refused, although it has offered to lend them temporarily.

Share
Facebook
Twitter
Pinterest
WhatsApp
Telegram
Previous articleWatch the son of Mishari Al-Balam embarrass the Ministry of Health and set off a surprise about the death of his father | A nation is tweeting out of tune
Next articleAt BBB21, Gilberto and Caio chat with Big Fone: ‘Are you going to play?’

Galvão Bueno pulled the ear of Flamengo and Palmeiras players after a swear word leaked in the broadcast of...
Sports

Impact of the pandemic: ‘My son has regressed with isolation’, reports mother of autistic child – Prime Time Zone