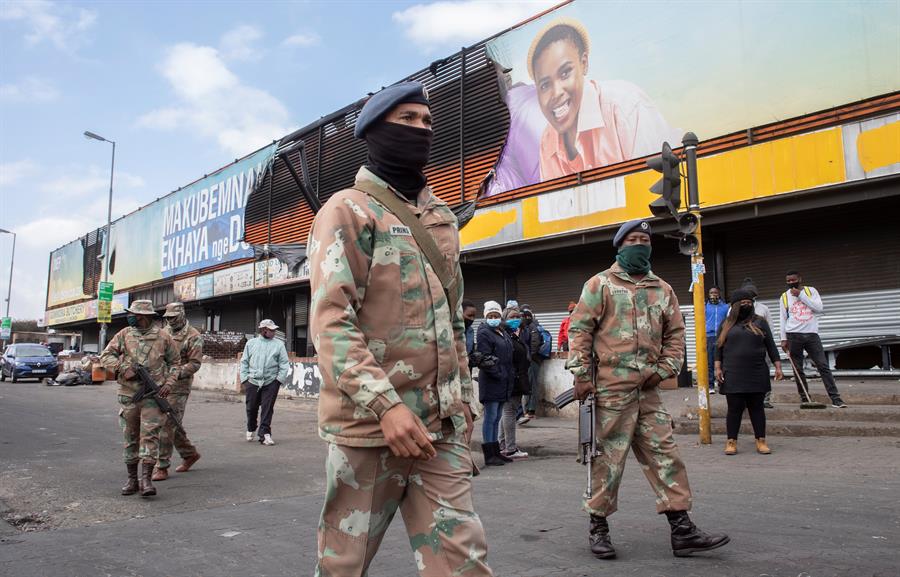 The Government of South Africa announced on Thursday, 15, the sending of 25,000 troops to try to end the wave of protests that have been taking place for over a week and have left at least 117 people dead in explosions, fires and even trampling during looting. Most of the soldiers were sent to the country’s most populous province, Gauteng, where the capital Pretoria and the city of Johannesburg are located. The province of KwaZulu-Natal is also one of the destinations for troops, who move around the country in buses, planes and helicopters. The other seven provinces in South Africa have yet to register riots, but police are on alert. According to data from the government itself, in addition to the 117 deaths, 2,200 people were arrested for theft or vandalism. Armed patrols roam the streets and volunteers move to clean up businesses that have been broken into and looted.

According to international press, the armed patrols managed to establish a degree of tranquility in Gauteng, which would not have registered any incident this Friday. In KwaZulu-Natal, however, demonstrations continue. Protests in the country started after the arrest of former President Jacob Zuma, who was sentenced in late June to 15 months in prison for missing trial sessions on alleged acts of corruption committed by him during years in power. This is considered to be one of the largest movements of soldiers in the country since 1994, when the first post-apartheid general elections were held.