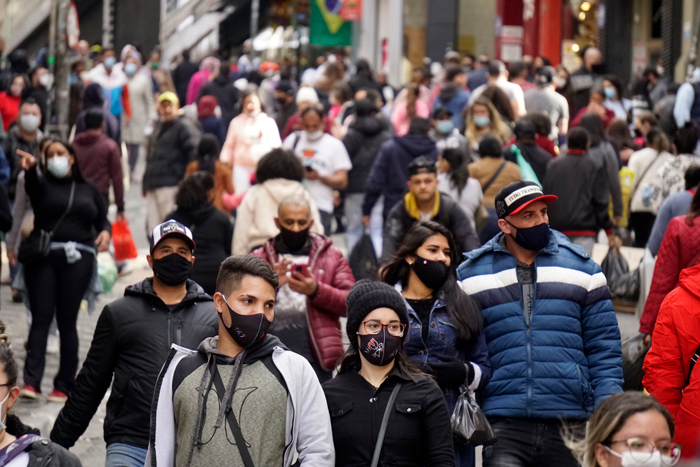 State also saw a 22% reduction in new cases of the disease compared to April averages; numbers are the lowest recorded since March 2021

O State of São Paulo ended the month of July with a reduction of 49% in the daily average of new deaths and 22% of new cases of Covid-19 compared to April averages, a month marked by record numbers during the second wave of the pandemic. The state government attributes the fall to the advance of the vaccination campaign against the disease and the prevention measures adopted by the São Paulo Plan. The numbers for July are the lowest recorded since March this year. From the 1st to the 31st of July, there were 348,862 new infections, equivalent to an average of 11,253 per day. There were 11,315 new deaths from the disease, or 365 daily. In the entire month of April, the daily averages were 14,462 cases and 718 deaths.

In addition to the drop in the rate of deaths and infections, the state showed a drop in the rate of admissions by Covid-19. On Saturday, the 31st, there were 10,607 hospitalized, 5,219 in nursing beds and 5,451 in the Intensive Care Unit (ICU). At the peak of the second wave, the number was tripled, with more than 31,000 hospitalized patients. The occupancy rate of ICU beds in the state is 50.5% and in Greater São Paulo, 46.6%. Since the beginning of last year, the State of São Paulo has registered 4,057,868 cases of Covid-19 and 138,996 deaths. From this Sunday, 1st, the commerce will have its hours extended until midnight and the establishments will be able to work with 80% of the capacity of occupancy. The new rules are valid until the 16th of August.