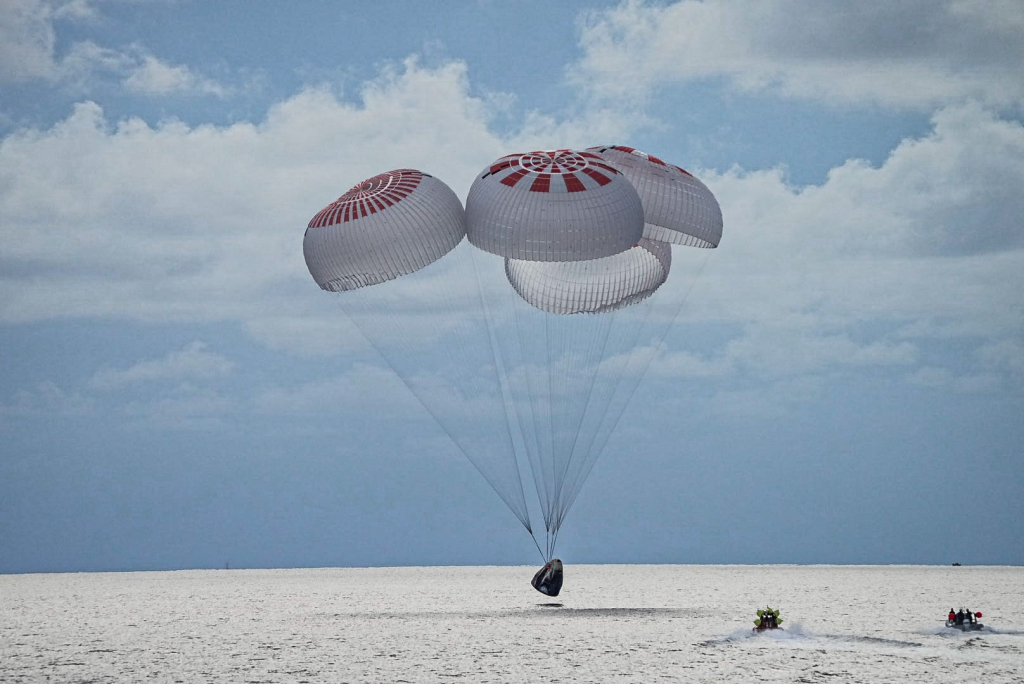 Dragon arrived almost on time, 7:07 pm (local time, 8:07 pm GMT), with the four crew on board, none of them professional astronauts and who arrived in orbital space for the first time in their lives

the capsule Dragon, from the private company SpaceX, arrived successfully this Saturday, the 18th, to the Atlantic Ocean and off the coast of Florida, USA, with the four crew of the mission Inspiration4, the first fully civilian to reach orbital space. Dragon arrived almost on time, 7:07 pm (local time, 8:07 pm GMT), with the four crew on board, none of them professional astronauts and who arrived in orbital space for the first time in their lives. “It’s been a great journey for us and we’re just getting started,” said the mission commander. Jared Isaacman, seconds after the capsule reached the waters of the Atlantic with the support of four parachutes.

Inspiration4 ended this way a three-day voyage in spaceo, traveling at a speed of 28,160 km/h, which allowed him to circle the planet every 90 minutes. In those days, the Dragon capsule reached a height of about 575 kilometers from Earth, more than the missions of the International Space Station (ISS) and the Hubble Space Telescope. In addition to Isaacman, the mission included 29-year-old medical assistant Hayley Arceneaux, a cancer survivor and the youngest American to reach space, as well as aeronautical engineer Chris Sembroski and professor and geoscientist Sian Proctor, who served as a pilot.

Mission members studied the behavior of the human body in space, in addition to observing the planet from a dome at the tip of the Dragon that offered 360-degree views. The mission also seeks to raise $200 million for St. Jude Children’s Hospital in Memphis (Tennessee), which especially serves cancer patients. Yesterday, in a live broadcast with the patients, Hayley Arceneaux showed them what the capsule looked like as it floated, but especially the beautiful view of Earth that the four civilians had from the huge window in the ship’s dome. Billionaire Isaacman financed the tickets of the other team members and also started the fundraising campaign with a donation of $100 million.