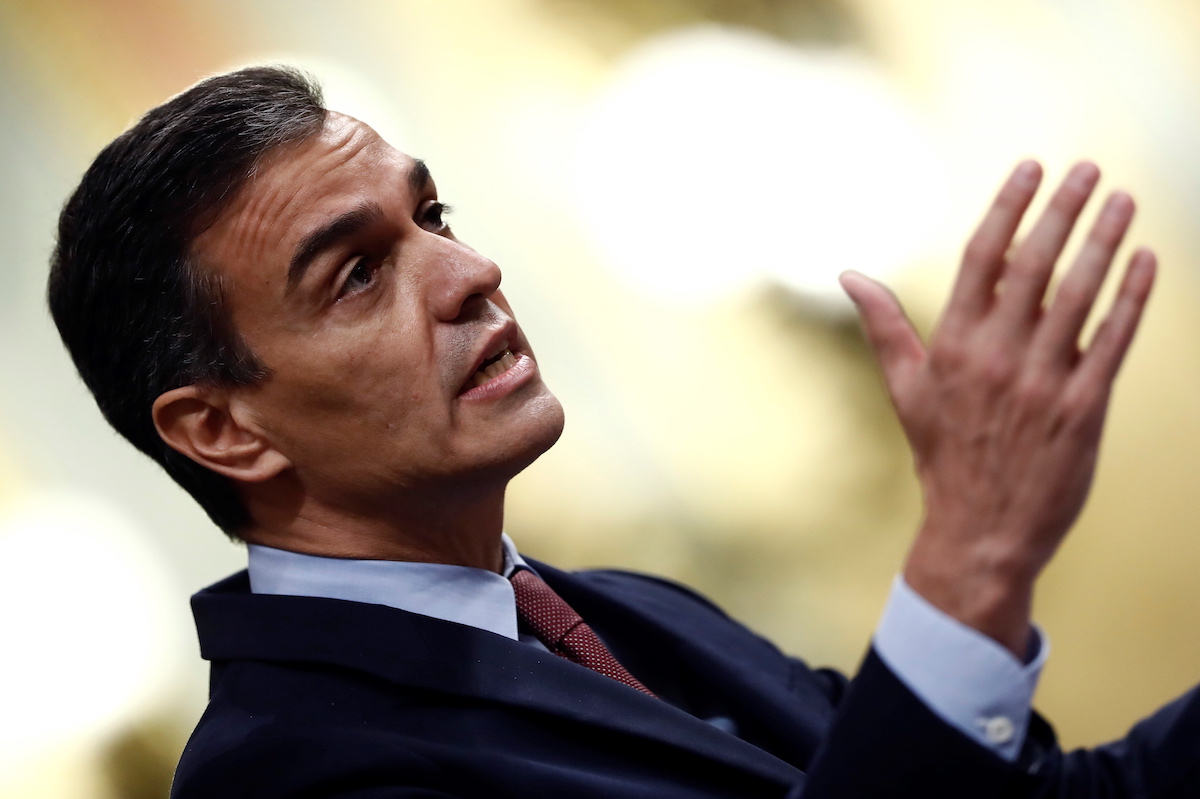 A legislative initiative, entitled Lei da Memória, proposed by the executive of Pedro Sánchez, a coalition formed by the PSOE and Unidas Podemos, provides for the criminalization of any show of support for the Franco regime, the creation of days to honor victims of the Spanish Civil War and changes in school curricula with a view to preserving “democratic memory”.

Forty-six years after the end of the dictatorship, the ghosts of the figure of Franco continue to haunt the Spaniards.

This week, Pedro Sanchéz’s government approved a bill that is generating controversy in the various quarters of society Spanish, since it elevates any sample of support for the Franco regime, provides for the creation of fines for those who exalt civil war and opens the door to extinction of all foundations operating within this scope.

With this rule, the Spanish government tries to prevent the “repeat” of the “darkest” parts of the history of Spain, writes the The world.

Felix Bolaños, the new minister of the presidency, told journalists that the law will include the possibility of closing foundations that incite hatred, praise the dictatorship or humiliate victims, which suggests, for example, the end of the Franco Foundation.

The possibility was confirmed by Bolaños on leaving the council of ministers where the legislation, entitled ‘law of memory‘, was approved, with the minister advancing that such action will not occur “immediately”.

The text should now go to the lower house of the Spanish parliament, the Congress of Deputies, but not in its original version. After the presentation of the legislation, the General Council of the Judiciary (CGPJ) contradicted Pedro Sánchez’s executive by defending that associations and public acts in support of Franco are defended by freedom of expression law, whenever there is no situation that constitutes humiliation for the victims.

As a result of this decision, a body will be created — Prosecutor’s Office of the Democratic Memory Chamber — who will be responsible for investigate all violations of the law, as well as their culprits, who will incur fines ranging from 200 to 150 thousand euros. The highest amount will be charged to whoever exalts the figure of Franco or whoever destroys graves, for example.

However, the plans of the government presided over by Pedro Sanchéz and formed through a coalition between the PSOE and Unidas Podemos may face the opposition of the PP in parliamentary instances.

Cuca gamarra, spokesman for the People’s Party at Congress of Deputies, has already criticized the current executive who, you understand, is too worried about looking back and he is not concerned with the problems and difficulties faced by Spaniards today.

In his opinion, this posture will not bring “neither future nor hope”, in a message that was addressed to the government parties, but also the Republican Left of Catalonia and the Candidature for Popular Unity — two Catalan political forces represented in the national parliament that defend a even more ambitious law.

In response, Félix Bolaños asked “unanimity” in voting. The minister explained that the first “axis” of the law will deal with “putting the victims at the center of political action from the government”.

With this, all sentences issued by the courts during the dictatorship will be considered illegitimate or null, explained Bolaños. As such, “it is the first time that a law has repudiated and condemned the coup d’etat and the dictatorship”.

The second “axis” will have as priority highlight the role of women in the “recovery of democracy” in Spain and to recognize its “aggravated victim” status. “We want this law to be a tribute to them.” As for the third “axis”, according to Bolaños, it is “give importance to the memoir movement”.

Also under the law, will be created two days to honor the memory of victims, the 31st of October and the 8th of May. For Félix Bolaños, through these actions they make Spain a “more dignified country because it helps victims more”. “It is a law that makes us better as a country”, he summed up.

In addition to the legislative initiative, the Spanish government has a series of additional measures prepared. One of them provides for the creation of a national DNA bank so that victims’ families can know the whereabouts of their relatives’ remains, as well as a documentation center who will be born in Salamanca.

A Interterritorial Council which will coordinate the autonomous communities and the national government. Simultaneously, the Spanish executive is going to develop an inventory of the goods despoiled by Francoism, will remove the titles nobiliarchies awarded for participation in the civil war and will incorporate “democratic memory” into school curricula.

The bill also provides for the transformation of the Valley of the Fallen, a monument where the victims of the Spanish civil war and, until recently, Franco himself are buried — the government of Pedro Sanchéz wants to make it a cemetery civil. The exoneration of the dictator’s remains was determined two years ago by the Spanish government, in a first and clear sign than would be your position on the subject.