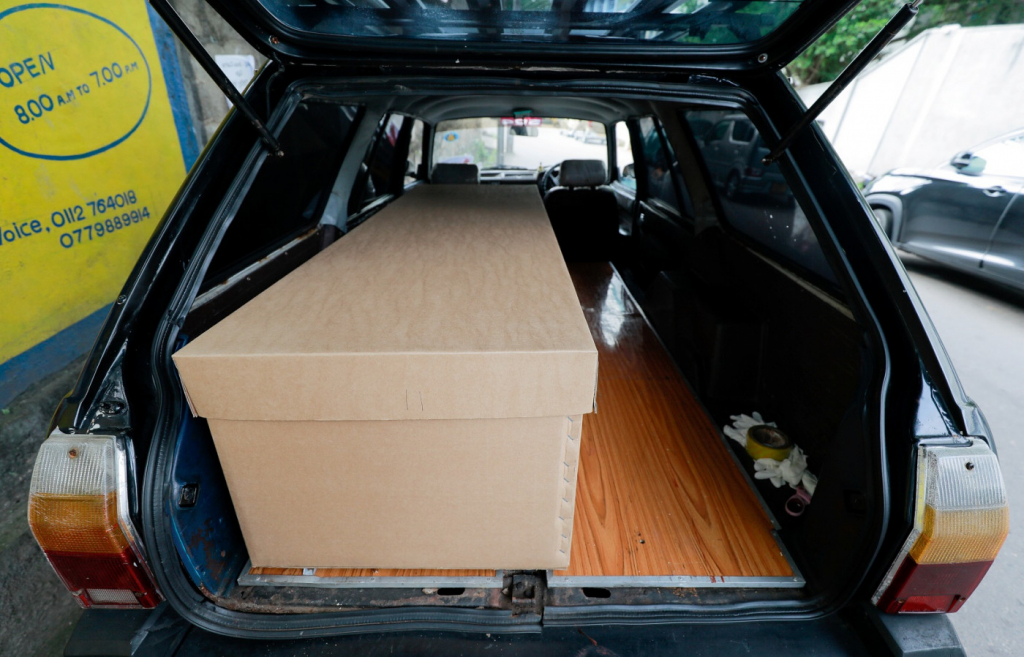 According to the local government, the initiative was created to lower the value of burials for people with less financial conditions and to prevent the deforestation of trees

REUTERS/Dinuka Liyanawatte/24.08/2021Recycled cardboard coffins cost 1/6 the value of the cheapest coffins in the country

With discharge of cases from Covid-19 and nearly eight thousand deaths caused by the disease since the beginning of the pandemic, the government of Sri Lanka began investing in the manufacture of cardboard coffins made from recyclable material. In the last week, the country had the highest average of daily deaths due to the disease, with 198 deaths, which makes the daily average of overall deaths almost double. “To make 400 coffins you would need to cut between 240 and 300 trees daily. To avoid this environmental destruction I proposed this concept”, explained Priyantha Sahabandu, a member of the municipal council of the city of Dehiwala-Mount Lavinia, city in the district of Colombo, to the Reuters news agency.

In addition to the environmental impact, the creation of coffins reduces by up to six times the amount invested by low-income families at the time of the death of a loved one. While a traditional coffin costs an average of 30,000 Sri Lankan rupees (equivalent to R$780), a cardboard coffin is worth an average of 4,500 (equivalent to R$116). The equipment can hold up to 100 kilos and around 500 have already been produced since the beginning of the pandemic. According to the local government, most of the population supports the action. The rise in cases in Sri Lanka prompted the government to announce a full 10-day lockdown on 20 August. At the time, only the essential services of the country of 22 million people could function. According to local data, 25% of the population has been fully vaccinated so far.