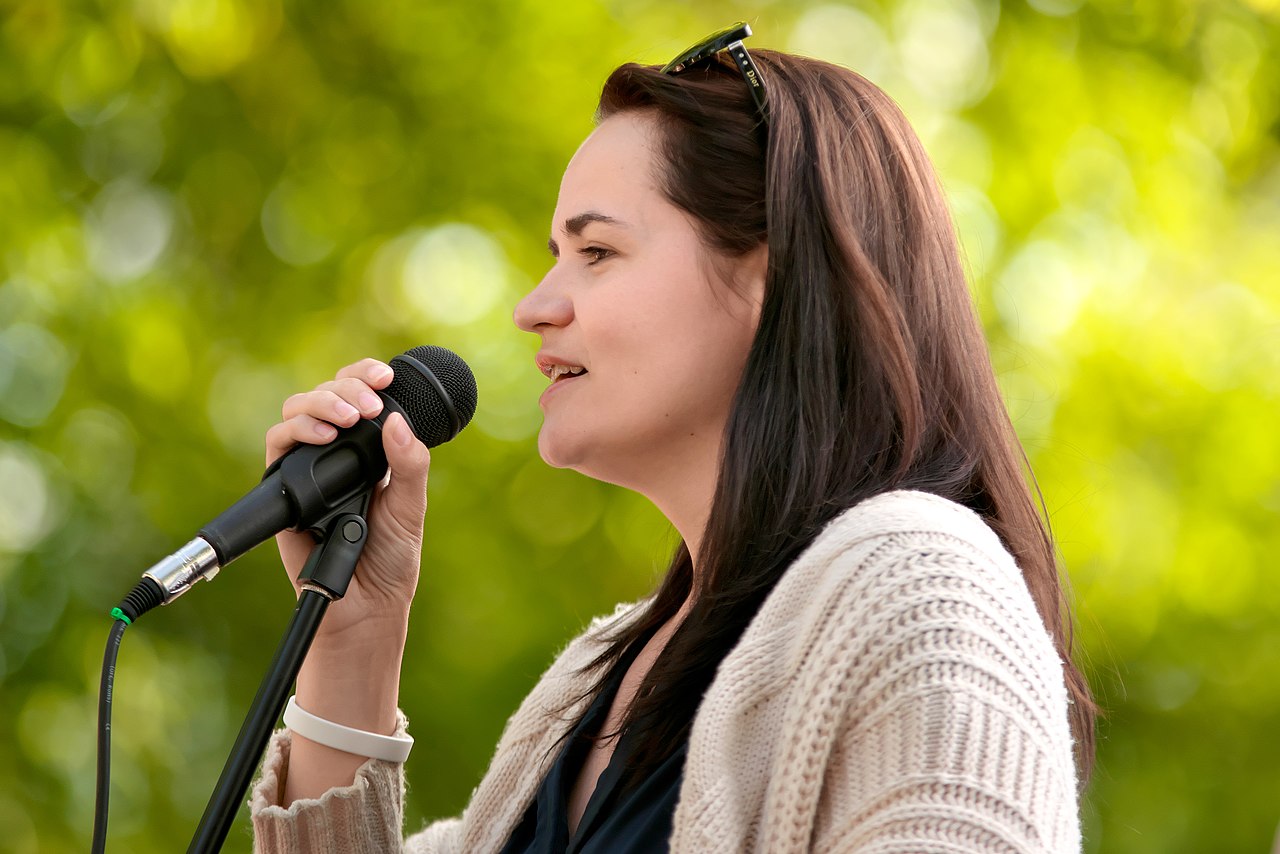 The leader of the Belarusian opposition, Svetlana Tikhanovskaia, considered that the President of Belarus is “toxic” for the country and that Russia has already started to feel “uncomfortable” with the 26 years of Alexander Lukashenko.

In an interview with Lusa, Svetlana Tikhanovskaia, who arrived in Lisbon late Thursday afternoon for a visit that continues until Sunday, indicated that the reason for the protests in Belarus is the holding of new general elections, since those of August 9, 2020, do not they were neither free nor fair or transparent.

“Our goal is to carry out new elections, because those in August were fraudulent and the population rose to protest the situation. In response, [Lukashenko] it made everyone’s life in Belarus a living hell, ”said the opponent, who is received this morning by the Portuguese Prime Minister, António Costa.

Tikhanovskaia, who took refuge in neighboring Lithuania after the elections, officially won by Lukashenko with about 80% of the vote, said he came to Portugal since the country currently holds the presidency of the European Union (EU) to ask for international support to fight the Belarusian regime.

“The main reason is the situation, of course, in Belarus, because the regime is already 26 years in power and has lost contact with the rest of the country. Because of our situation, we have to go looking for supports in the West and I came to Portugal, because he is the current acting president of the EU, which can be crucial and play a crucial role in supporting the resolution of problems in Belarus ”, he stressed.

According to Tikhanovskaia, the current Belarusian President “has already realized that he is increasingly weakened”, This being the reason why it uses repression over protests to its maintenance in power, with the opposition intending to resolve the situation“ through dialogue and in a civilized way ”

“That is why we are looking for dialogue and negotiations with the regime. During this dialogue, we want to analyze the holding of new elections, among other issues. To force Lukashenko and his representatives to follow the path of dialogue, constant pressure is needed within the country and the international community ”, he explained.

Questioned by Lusa on the possibility of Lukashenko refusing all these options, the Belarusian opponent replied that the President remains in power only thanks to the use of violence.

“But we know that some police officers and that part of the ‘nomenklatura’ no longer support him. But we also know that they fear their cruelty and we are now working with them in secret. They have given us some important information – videos of atrocities, videos of violence, ”he added.

“We know that or regime is shaking and it is our responsibility, in the interior of the country, end the regime, which is also a challenge for European countries to show their values ​​in relation to human rights and that the law is not just words. Lukashenko is toxic to the country and, outside the country, he is beginning to not be seen in a comfortable way, even already by the Russian authorities ”, underlined the Belarusian opponent.

Para Tikhanovskaia, the current President “cannot last much longer”, so, he continued, “it is only a matter of time” before it comes out of power.

“Over 26 years of power, Lukashenko organized close relations with Russia and Belarusians, like Russians, are friends and neighbors. We will not end up divided. […] The Kremlin is not Russia. The Kremlin is just power and when they supported Lukashenko, the regime, violence and torture, the Kremlin’s perception changed in Belarus. We know that Vladimir Putin supports the regime economically, but in reality, Lukashenko is becoming expendable and expensive for Russia, so they see the end of the regime very favorably ”, he argued.

“I think the Kremlin knows that Lukashenko is politically corrupt, that he has lost that image of a leader in the country and that it is no longer convenient to work with Lukashenko. They are looking for a way to get rid of him, but without that forcing him to lose face, “he added.

Ensuring that, for now, don’t think to apply to possible new presidential elections, which the opposition demands to be held until September or October of this year, Tikhanovskaia recalled that he promised the Belarusians that he would only lead them until a new vote was taken.

“Everything can change, but I don’t think about it for now”, he stressed, just as he was not concerned about the beginning of Minsk formalities to request extradition from Lithuania to Belarus,

“But i wont give up and we see no alternative but our success. I sincerely believe [que o fim está próximo] and that we are close to a new spring in Belarus, ”he concluded.