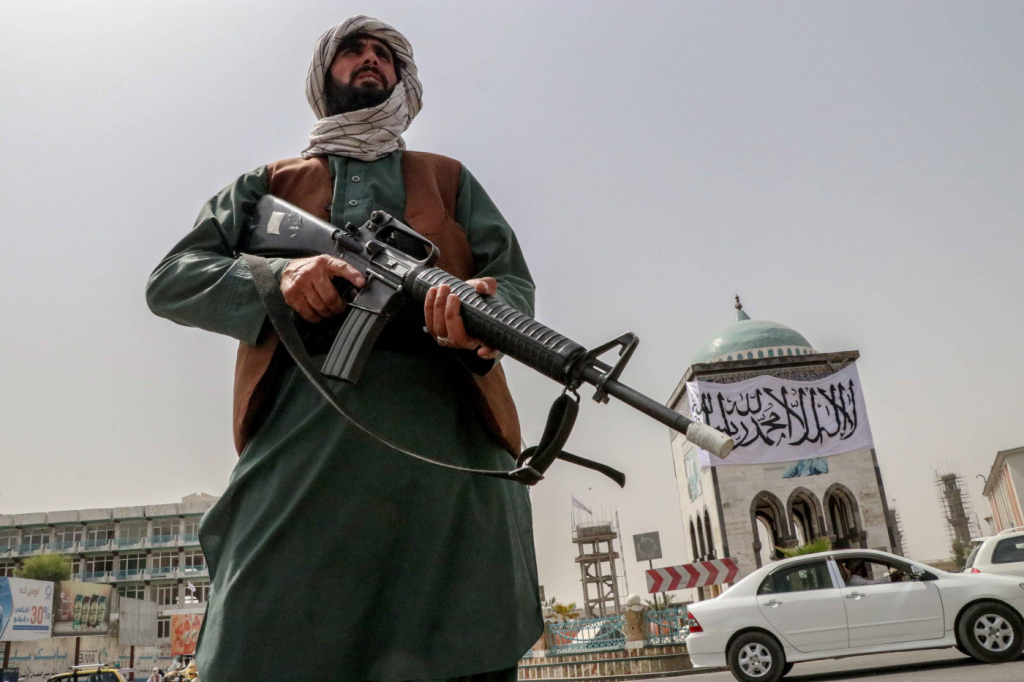 Criminals allegedly kidnapped a businessman and his son, but were detained by group fighters after an exchange of fire;

EFE/STRINGERTaliban fighters hung bodies after an exchange of fire

members of Taliban, an extremist group that took power in the Afghanistan, killed four alleged kidnappers and hung their bodies on cranes in public. The case happened in the city of Herat, in the west of the country, this Saturday, 25, according to information from international agencies. The men allegedly kidnapped a local businessman and his son in order to remove them from the city. However, they were spotted by Taliban patrols and began an exchange of fire that resulted in four kidnappers killed and one soldier from the extremist group wounded. Authorities alleged that the bodies were hung as a lesson for other criminals and that the two victims of the kidnapping were released. The group took control of the country in August with the withdrawal of international troops from the country. On Friday, 24, the group said it had not yet made a decision on a possible resumption of amputations and executions that marked its previous period in power in Afghanistan.