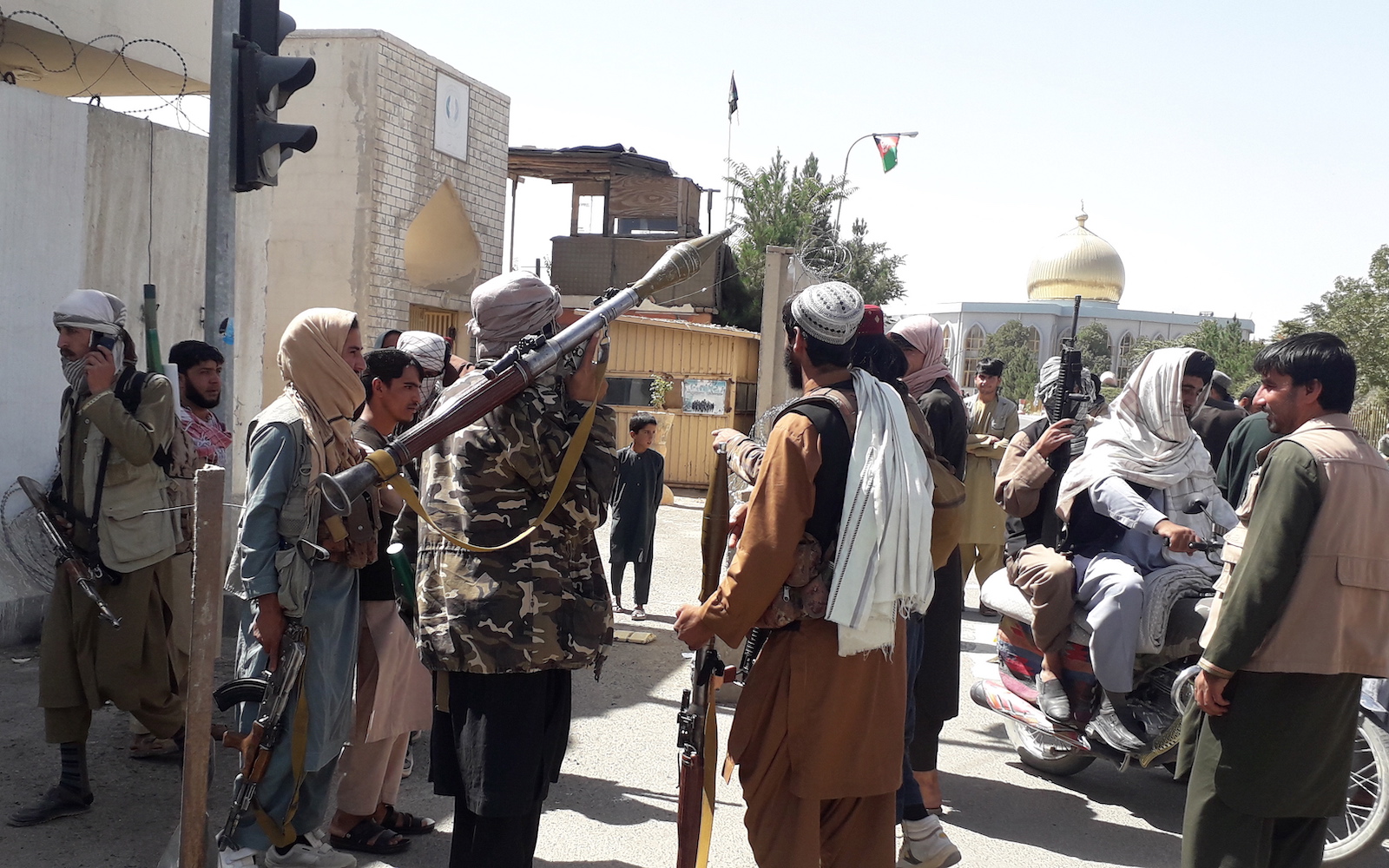 Islamic extremist group guarantees that the situation is under control and asks citizens to be patient, as “slowly” the country “will return to normal”.

The Taliban today ensured the full control of Kabul international airport and spoke of a “lesson” for the world, after the last US plane took off, marking the end of the longer war from United States. The leaders of the Islamic extremist movement symbolically walked across the track, signaling victory, flanked by fighters from the elite unit of the Badri rebels.

“The world must have learned your lesson and this is the time to enjoy the victory,” said the Taliban spokesman, Zabihullah Mujahid. To fighters at the scene, Mujahid said he expected “to be very cautious when dealing with the nation.” “Our nation has suffered war and invasion and the people have no more tolerance,” he added.

Later, in statements to Al-Jazeera Arab, on the asphalt, Mujahid said that “there will be security in Kabul and people shouldn’t worry.” In another interview with Afghan state television, the Taliban spokesman also addressed the restart of operations at the airport, which remains a fundamental exit for those who want to leave the country.

“Our technical team will check the technical and logistical needs from the airport,” he explained. “If we are able to sort everything out by ourselves, then we won’t need any help. If there is a need for technical or logistical help to repair the destruction, then we can ask Qatar or Turkey for help,” he said.

the general of the navy Frank McKenzie, the head of the US Army Central Command, had already stated that the troops “demilitarized” the system so that it could never be used again. Other US officials said troops did not blow up equipment to ensure they left the airport. operational for future flights as soon as they start again.

McKenzie said that the US also deactivated 27 armored vehicles and 73 planes, which could not be used again.

Following the complete withdrawal of US troops from Afghanistan, video shows Taliban fighters entering a hangar at the Kabul airport and examining what was left behind by the US military https://t.co/Thf0PkaMRB pic.twitter.com/zPgHAkrFCy

This Tuesday, the Uzbekistan has already made it known that it will help those who intend to flee the Taliban regime across its land border, with the Germany. However, the government clarified, aid will only be available for a limited period of time. Over the past few weeks, as violence escalated, many Afghans have rushed to this border in an attempt to get out of the country in the face of chaos generated at Kabul’s international airport.

The collaboration between Germany and Uzbekistan was announced by the German Foreign Minister Heiko Maas , which confirmed that individuals on the list of citizens to be evacuated by German authorities — whether they are German nationals, journalists or others in danger of their lives — should be removed from the region through this route, writes The Guardian. Heiko Maas is currently traveling through Turkey, Uzbekistan, Tajikistan and Pakistan with a view to finding solutions.

This happens despite Hekmatullah Wasiq, another Taliban official, ensure that “Afghanistan is finally free”. “The military and civilian side are with us and in control. We now hope to announce our Cabinet. Everything is peaceful. everything is safe“, he insisted. Wasiq also urged people to return to work and reiterated the Taliban’s pledge to offer a general amnesty. “People have to be patient,” he said. “Slowly everything will return to normal. It will take time”, he stressed.

The airport was the scene of chaotic and deadly scenes since the Taliban began to conquer cities in Afghanistan, until they took over Kabul on 15 August. Thousands of Afghans besieged the airport, some falling to their deaths after desperately hanging from an American military cargo plane. Last week, an Islamic State suicide attack at an airport entrance killed at least 169 Afghans and 13 US operatives.

Today, after a night when the Taliban soared triumphantly into the air, the guards now on duty kept out the curious and those who somehow still hoped to catch a flight out.

“After 20 years we defeated the Americans,” he said. Mohammad Islam |, a Taliban airport guard from Logar province, armed with a Kalashnikov shotgun. “They left and now our country is free,” he said. “Of course what we want. we want the sharia [lei islâmica], paz e stability“he added.

Mohammad Naeem, a spokesman for the Taliban political office in Qatar, also hailed the moment in an online video released today. “Thank God all the occupiers have completely left our country,” he said, congratulating the fighters, calling them holy warriors. “This victory was given to us by God. (…) It was due to 20 years of sacrifice”, he highlighted.

Zalmay Khalilzad, the US special representative who oversaw US talks with the Taliban, wrote today on Twitter that “Afghans face a moment of decision and opportunity” following the US withdrawal. “The future of your country it’s in your hands. They will choose the path in full sovereignty,” he wrote. “This is also the opportunity to end your war,” he concluded.

Not all eventualities were taken into account, warns Francisco

O Pope Francisco considered in an interview with Spanish radio COPE that “not all eventualities were taken into account” regarding the departure of US and allied troops from Afghanistan. In an excerpt from an interview to be released on Wednesday and when asked whether the population was left “on their own” in Afghanistan, Francisco said that don’t want to make judgments, but states that “all eventualities were not taken into account”.

Pope Francis has already made two appeals after the Sunday Angelus prayer on Afghanistan and the last one, on August 29, expressed your concern with the situation in the country and asked “to continue to help those most in need”. Francis also expressed his desire that “dialogue and solidarity achieve a peaceful coexistence in the country” and urged Christians to “intensify prayer and practice fasting”.

“I follow the situation in Afghanistan with big concern and I share the suffering of those who mourn for the people who lost their lives in last Thursday’s suicide bombings and those who seek help and protection”, Francis said at the end of the Plaza de San Pedro the Sunday prayer of the Angelus.