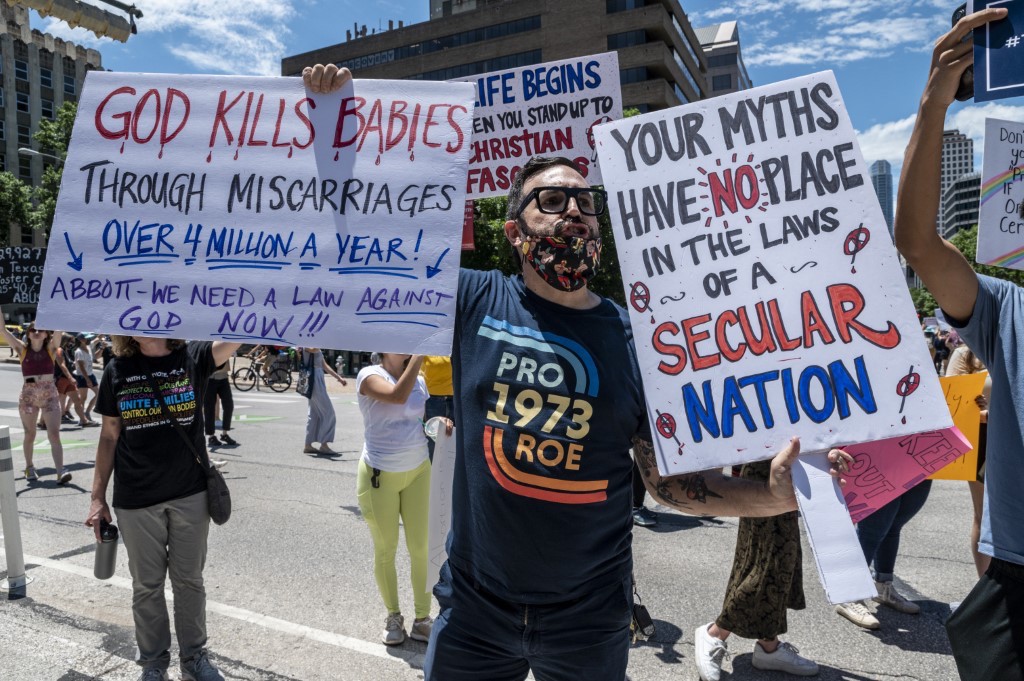 Since May, the new law has sparked protests. “Your myths have no place in the laws of a secular nation”, one of the posters reads

The site used to report abortions in Texas has been in trouble again since yesterday after it was already removed by another server on Friday for violating privacy policies.

After being removed on Friday, the website used by anti-abortion activists to denounce and give clues about possible voluntary interruptions to the pregnancy was again deactivated.

The ProLifeWhistleblower.com address had already been removed by GoDaddy, the previous server, by violate privacy policies with the sharing of medical information, and has now been suspended again by an agency known for providing services to far-right groups.

“For all purposes, it’s offline. They are having technical difficulties. My personal speculation is that will have problems keeping it online in the future,” predicts Ronald Guilmette, a web infrastructure expert, when The Guardian.

Since Tuesday, the address has redirected users to the main website of the Texas branch of the evangelical organization Right to Life, which created the portal for complaints following the state’s new abortion law, which prohibits it after six weeks of pregnancy and rewards the complaint with payments that can reach the 10 thousand dollars.

Many activists have organized themselves on social media, especially TikTok, to try to affect the site’s efficiency, sending false reports and spamming and pornography.

After being taken down by GoDaddy, the site was moved to Epik, which is known for its broad criteria and for host controversial communities and far-right that many other servers refuse to accept, such as 8chan or Gab and Parler.