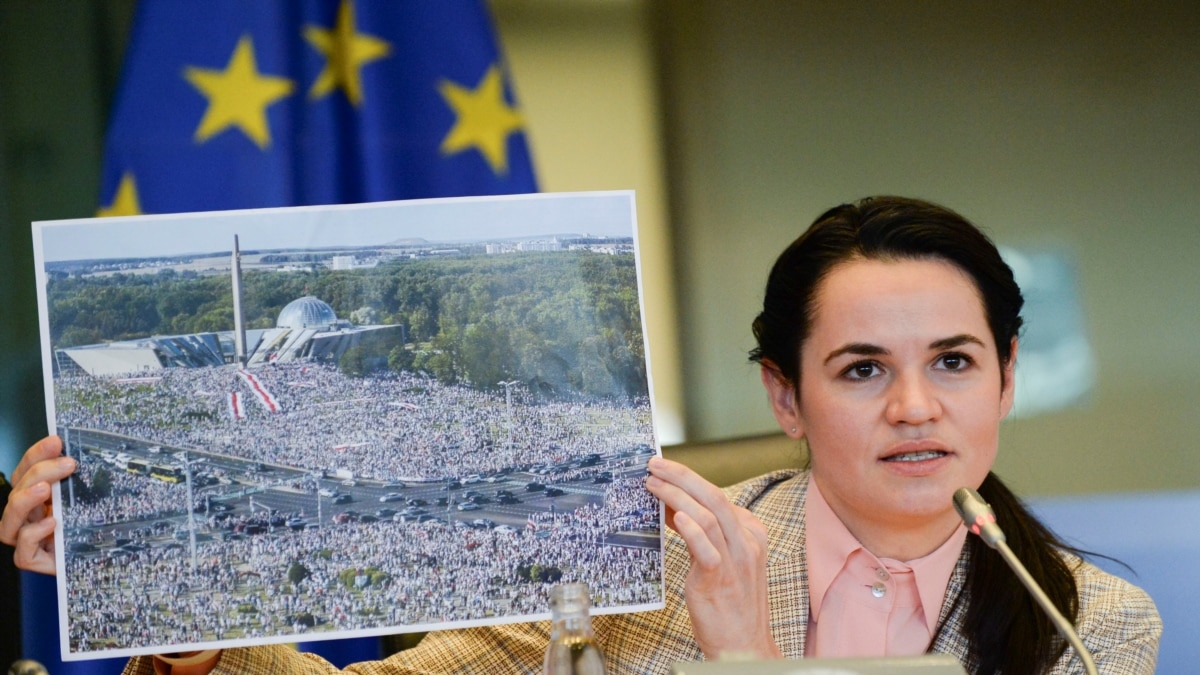 Belarusian opposition leader Sviatlana Tsikhanouskaya expects support from Washington to increase. Tsikhanouskaya is paying her first official visit to the United States and is seeking to strengthen US political circles’ support for the country’s democratic opposition and human rights activists and activists.

“I urge America to stand by us,” he told VOA. “This is very important when the regime in Belarus is destroying everything, it is destroying the media, all the organizations, it is extremely important to support all these people,” he said.

At the beginning of the visit, Tsikhanouskaya met with supporters. He has scheduled meetings at the State Department, the White House, with congressional representatives, and with USAID Administrator Samantha Power.

“I want Belarus to remain on the American agenda. My main goal is to talk about Belarus, the situation in the country and the escalating violence by the regime,” he said.

Tsikhanouskaya was forced to leave Belarus with her two young children after Lukashenko’s regime was severely beaten by people who took to the streets after last year’s presidential election. Repression continues, and election results are not legitimately recognized by Western states.

According to Tsikhanouskaya, one of the most critical issues for Belarus is the release of up to 500 political prisoners. One of them is his wife – Sergei Tsikhanowski.

“The only way to release political prisoners is to put political and economic pressure on the Belarussian government, and I am confident it will happen soon,” he said.

Tsikhanowski’s visit will not go unnoticed in Moscow either. According to analysts, Vladimir Putin does not want to strengthen democracy along Russia’s borders, and the Kremlin wants to maintain influence over its neighbor.

“He does not want another autocrat to fall into his sphere of influence, nor does he want to strengthen democracies along Russia’s borders,” said Jonathan Kats, a spokesman for the German Marshall Fund.

However, the relationship between Vladimir Putin and Alexander Lukashenko is not very strong and it is known in the West. U.S. Senator Ben Cardin says Lukashenko must pay a “high price” for his actions. This means tightening and strengthening sanctions.

The United States, the European Union and a number of other countries have already imposed sanctions on Belarus. Although the regime continues its repression and brutal treatment of civil society and the media, a number of journalists and activists were arrested again last week.