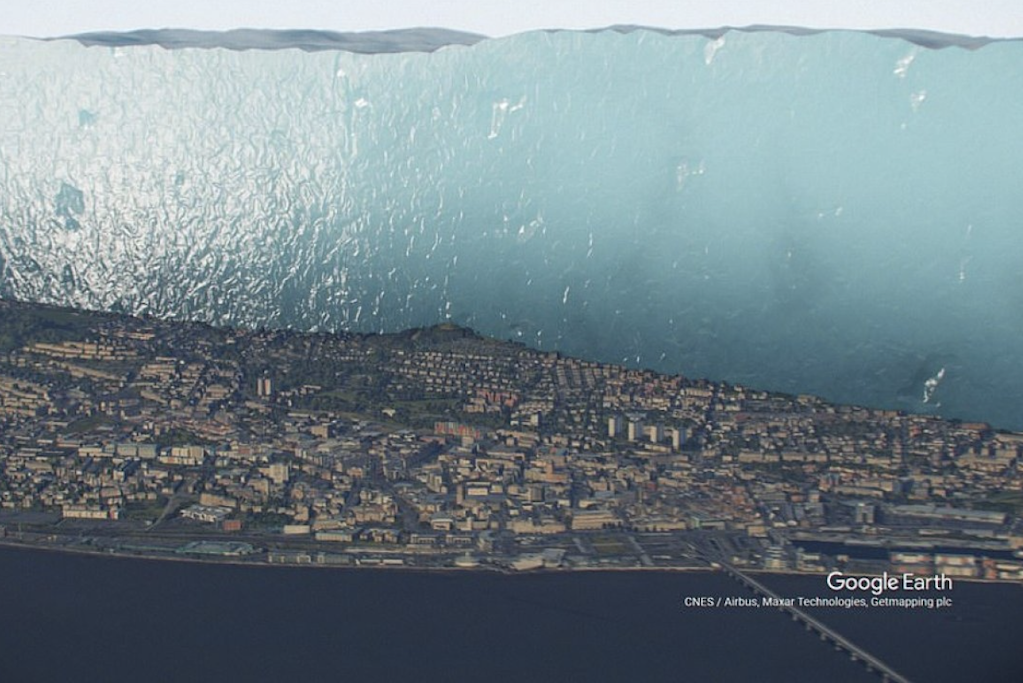 Two researchers have teamed up to create a visual reenactment of a huge wall of ice that once existed in Scotland that looks like something out of the Game of Thrones fantasy series.

You can almost see the men of the Night’s Watch dressed in black guarding Castle Black. But only almost. Despite the great resemblance to the wall from the Game of Thrones TV series, this even existed in real life and was not intended to protect a medieval kingdom from the White Walkers, as far as we know.

It could be that the truth behind the well-known phrase “winter is coming” was after all an ode to proximity to an ice age – extended periods of cold weather when everything is covered in ice.

We don’t know if the climate of Westeros is also cyclical between Ice Ages and interglacial periods when the climate is warmer, but this is the reality of Earth, and it led to the creation of a wall of ice in scotland that seems out of the imagination of George RR Martin.

A new video shows a representation of a giant ice sheet that shaped the Scottish landscape in the last Ice Age. O glacier measured one kilometer and haunted the present city of Dundee. The images show Dundee Law Hill, which measures 174 meters, as a comparison scale with the wall of ice.

“Part of the movie shows what a kilometer-long ice sheet would look like on top of Dundee Law, and I I remember being amazed when Max first told me about it,” writes Kieran Duncan, in a statement released by the University.

The teacher explains that “you hear numbers like that, but it’s only when you see how it would have been in relation to something like Law, which is above the entire city, that you begin to realize how big this glacier was“.

Glaciers covered Dundee and most of the British Isles 20,000 years ago, in the latter part of the last Ice Age – between 2.6 million years ago to 11,700 years ago.

It wasn’t an ice dragon that destroyed the wall either, but the Earth’s rewarming about 15,000 years ago. the glaciers melted and they began to retreat, but left their traces in the landscape, like the hill of Dundee Law itself.

The pandemic also had a hand in creating the video. Max Van Wyk de Vries decided to investigate further into Scotland’s past when he visited his girlfriend in Dundee in March 2020 and went after prevented from returning to the United States due to covid-19. The couple began to exercise in the area.

“That made me start to think about these beautiful landscapes and how they formed by the ice that flowed”, he explains. The glaciologist then investigated scientific studies, local data and satellite imagery of present-day Greenland.

Van Wyk later joined Duncan in the visual reconstruction of the ice wall, and the project received funding from the British Geomorphology Society. The three-minute video uses animation techniques and filmed images to bring the ancient glacier to life.