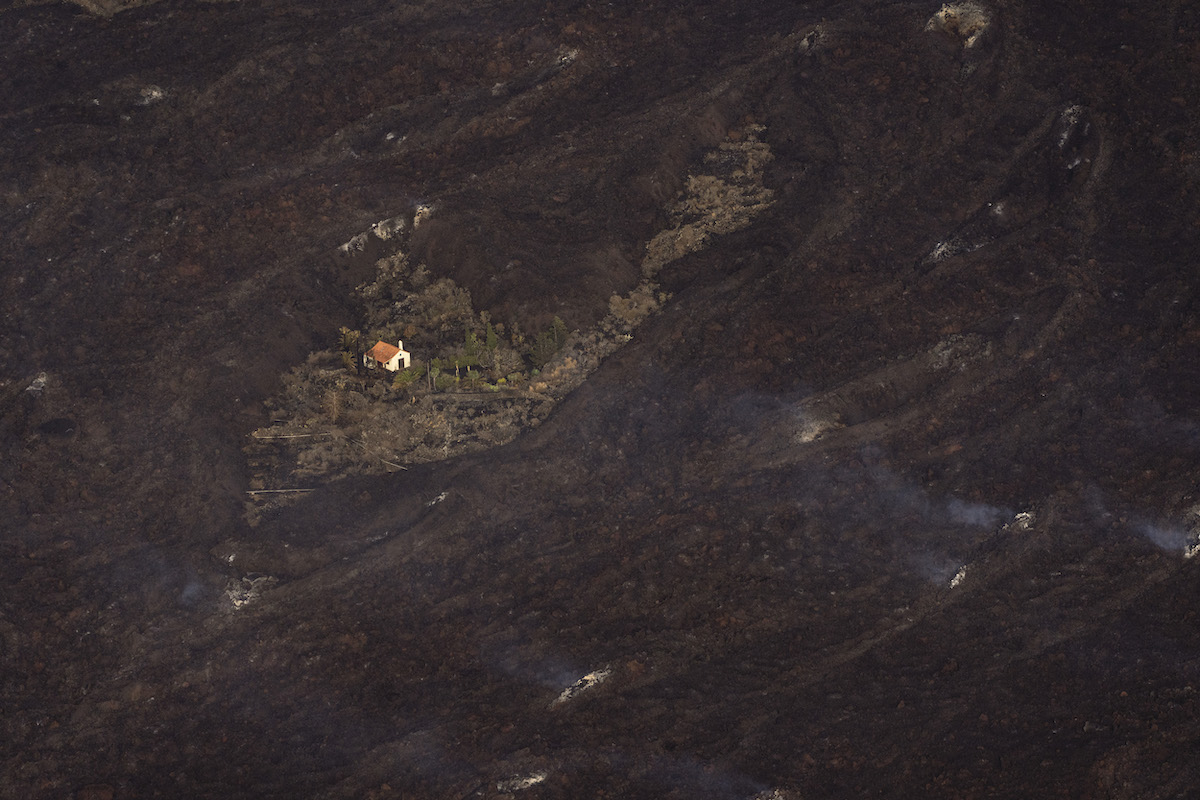 House that escaped the fury of lava on the island of Gran Canaria, in the town of El Paraíso

As if protected by a cloak of invincibility, the building escaped the force of lava that snaked through it to the happiness of its owners, a couple of Danish retirees who chose to settle in that territory precisely because of its volcanic origin.

Images arriving from the island of Gran Canaria, with the city of La Palma being washed away by a sea of ​​lava from the eruption of the volcano Old Summit which has been destroying houses and land, including banana plantations, wherever it goes, has generated surprise and shock by showing the ease with which thousands of families have been bereft of their possessions, with nothing they can do to prevent the advance and conquest of nature.

However, a exception aroused the interest and attention of several international media. It is a one-story house, isolated in the middle of a volcanic island mound that, without apparent justification, escaped the force of the rushing lava, having remained intact to the delight of its owners, Inge and Ranier Cocq, a Danish retired couple who chose the Spanish island to spend their last days. years old.

Despite the adoration for the island, which they chose precisely for its volcanic origin, the couple was not in La Palma when the eruption began — since the pandemic began, they have reduced displacements — becoming dependent on neighbor contacts and television images to update you on the state of your home, which has already earned the title of “miracle house“.

There is Monnikendam, one of those responsible for building the house, told El Mundo the couple’s reaction when she informed them of the good news. “Although we can’t go there right now, we are very relieved let the house remain standing.” In fact, the same cannot be said by the owners of more than 200 rooms in that region, called El Paraíso — in addition to housing, local authorities estimate that more than 390 buildings, such as schools have also been destroyed.

Over the past few hours, the advance of the lava slowed down significantly (600 meters per hour), which caused, among experts, the fear that it could spread even more in the coming days and cause more destruction instead of heading directly to the sea, according to the Associated Press.

According to the National Geographic Institute of the Canaries, cited by The Guardian, seismic activity on the island is now “low“.