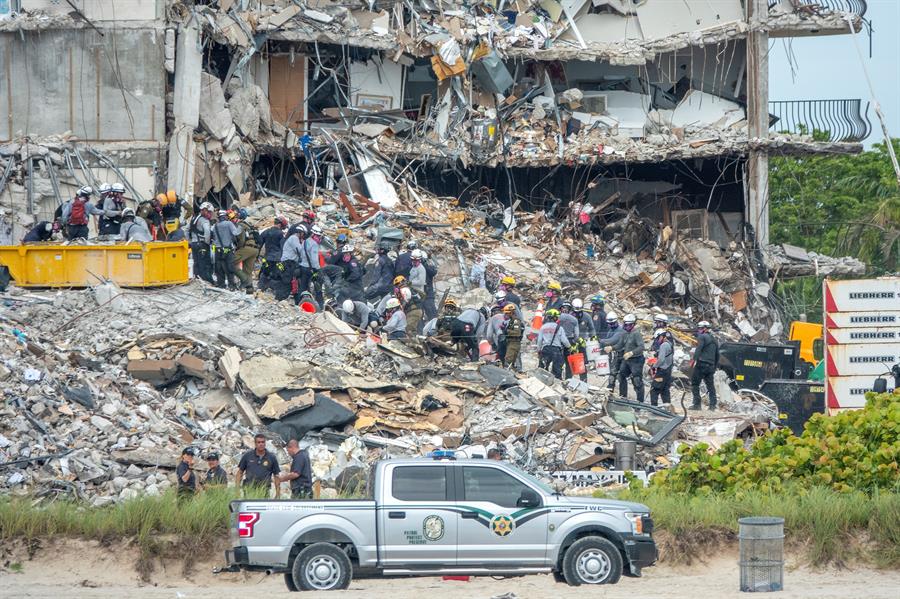 Miami-Dade County Mayor said that due to the arrival of Hurricane Elsa, searches could be interrupted in the coming days

The mayor of the county of Miami-Dade, Daniella Levine Cava, confirmed this Friday, 3, that two other bodies were extracted from the rubble of the collapsed building partially in Surfside, bringing the death toll to 22, while 126 people remain missing. Levine Cava also announced that he had authorized the demolition of part of the standing Champlain Towers South building. On June 24, a wing with 55 apartments collapsed for as-yet-undetermined causes. Speaking to the American broadcaster CNN, the mayor said that the demolition will not take place before the possible arrival of the Elsa hurricane Miami-Dade early next week.

“This afternoon I signed an emergency order that authorizes the demolition, when the engineers also determine the next steps for the process,” said the government official. Signing the order is intended to help you move faster when the time is right for demolition, a process that requires great care. Levine Cava also said that Hurricane Elsa, currently in the east of the Caribe, may force the interruption of search and rescue tasks, but it is still “too early” to know the risks involved.