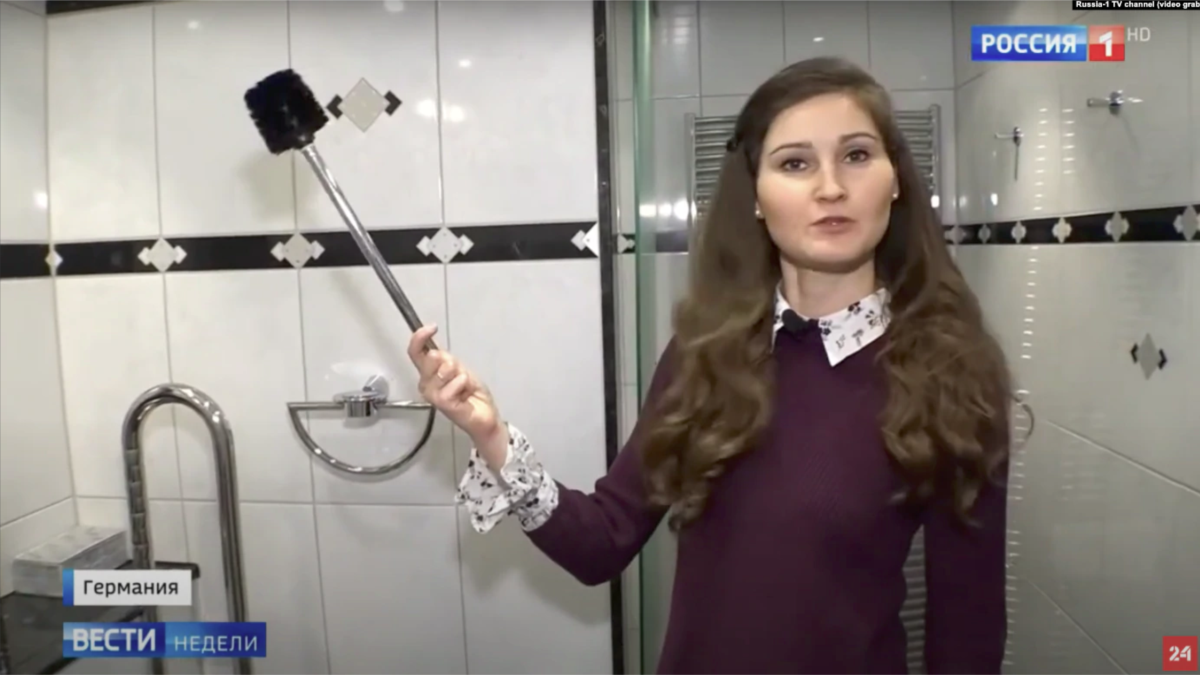 Russian state television has promised to show viewers scandalous revelations that “covered the roof” of the “luxurious” German house where opposition politician Alexei Navalny lived and was being rehabilitated after being poisoned by a nerve agent.

And what scandalous discoveries has the TV program made? The villa had a coffee shop, the water in the swimming pool was heated to a comfortable 26 degrees and even the toilet cleaning brush was of a high standard.

After the show aired, Russian social media was shattered by sarcasm and jokes that ridiculed the TV story as the best example of when pro-Kremlin media makes a big story out of nothing.

In contrast, Navalny’s effective and sarcastic investigations into official corruption have dominated the Russian media for months. After an almost death during a trip to Siberia, a dramatic return to Moscow, and an instant arrest, interest in his materials grew even stronger.

The ability of Navalny and his allies to draw public attention to and reinforce anti-government sentiments has irritated the Kremlin and the state media, which typically dominate Russian airwaves and newspaper kiosks.

The most-watched Russian-language program on YouTube is a two-hour documentary released by Navalny’s team the day after his arrest, which describes a huge, Versailles-like palace on the Black Sea coast called Putin’s Palace, valued at $ 1.7 billion. Navalny’s investigation says the palace was built for Putin and was funded by Putin’s closest allies through a network of corrupt offshore companies.

On February 7, in response to a documentary about Putin’s palace, state television’s Vesti Nedel aired a seven-minute story. In this story, the TV crew gained access to the villa where Navalny was living after treatment and presented this rented house as an immensely high expense that was unsuitable for a crusader against corruption.

The host of the program, Anastasia Popova, described to the audience “a large living room, two sofas, a TV and live fruit on the table”, as well as a bottle of wine as a gift in the kitchen cupboard. Popova then went to the swimming pool, then visited the villa’s main bathroom and even checked the toilet cleaning brush.

“It shines but not so much,” Popova said in the story.

The toilet brush responds to a documentary about Putin’s palace, where Navalny’s team claims that based on architectural and design documents, it was determined that a $ 700 cleaning brush was used in one of the palace’s toilets.

The Kremlin says the palace does not belong to Putin. A few days after the release of the documentary, Putin’s childhood friend and judo partner, billionaire Arkady Rothenberg, publicly declared the palace a mission.

Vesti Nedeli said the German villa where Navalny was staying cost 530 euros a day, but RFE / RL’s Russian Service, which broadcasts with VOA, said the same villa in the public catalog cost half that amount. .

The owner of the villa told the independent Russian TV channel TV Dozhd that Russian journalists pretended to be Belgian tourists while renting the house, while the leading journalist used a fictional French surname. He also said he appealed to German law enforcement after Russian journalists filmed him with a hidden camera without his permission.

Navalny’s aide Leonid Volkov told TV Dozhd that Vesti Nedeli had inflated the cost of renting the villa. The cost of the villa and the nearby studio was borne by the Russian multimillionaire Eugene Chichvarkin, who lives in London.

Vladimir Milov, a former Russian deputy energy minister and now a vocal critic of the Kremlin, ridiculed the Vest story and said, That what they focused on, this is a typical German dwelling. He compared this housing to the average housing in Russia and said that there is an unusually high percentage of apartments in Russia where there is no domestic water supply and hot water or showers.

The author of the article is Mike Eckel, an English-language journalist with Radio Liberty.