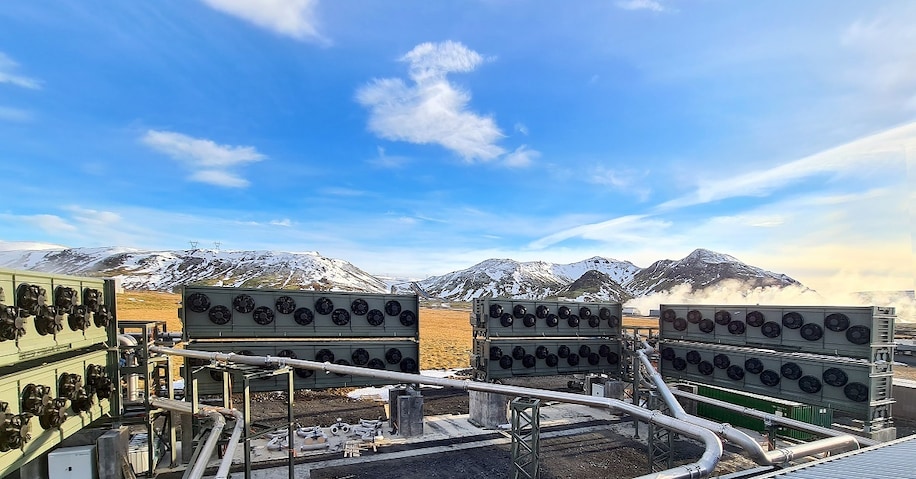 Orca, a facility built by the Climeworks company in Iceland, went into operation this Wednesday and will capture four thousand metric tons of carbon dioxide a year.

According to the newspaper Washington Post, the plant, located on a lava plateau in southwest Iceland, began operating this Wednesday and, according to experts, could play an important role in reducing the greenhouse gases that are warming our planet.

The installation, called Orca whose main objective is extract carbon dioxide (CO2) from the air, is the largest of its kind in the world, according to the company that built it, Climeworks, increasing the global capacity of the technology by more than 40%.

It will be able to eliminate four thousand metric tons of CO2 per year, which translates to a tiny part of what is needed. This is because, according to the International Energy Agency, by 2050, humanity will have to be able to capture almost a billion metric tons of carbon dioxide from the atmosphere every year to reach the targets.

Despite still being a grain in the middle of the desert, Climeworks is confident that this can grow quickly, as efficiency increases and costs decrease.

“This is a market that doesn’t exist yet, but it needs to be built urgently. This plant is actually the blueprint for further scaling up and industrializing this technology,” said Christoph Gebald, a Swiss engineer who co-founded Climeworks.

According to the same newspaper, fans the size of a person were installed in this plant in a series of boxes. These are responsible for sucking carbon dioxide out of the air, capturing it in sponge-like filters.

The filters are burned at approximately the same temperature as needed to boil water, releasing the gas. It is then that this is mixed with water and pumped into underground basalt caverns, where it eventually cools and grows. turn into a dark gray stone.

Pumping CO2 into the depths of the earth is just one of the solutions, recalls The Post. Energy companies can mix it with hydrogen to produce fuel. Farmers can use it to feed their plants. Soft drink manufacturers can use it to make gas. There is more than one option.

For now, the main problem is that the costs are still high: about 500 to 700 euros per metric ton. “If people hear these numbers for the first time, they’re likely to think, ‘Wow, this is expensive.’ But it’s always a question of what you’re comparing them to,” explains Gebald.

The engineer exemplifies this situation with the case of the State of California, in the United States, which subsidizes electric cars around 380 to 420 euros per ton of carbon emissions saved over the expected useful life of the vehicle.

In the long term, the Swiss believe that the prices can go down, bearing in mind that, in 2030, they will be around 170 to 250 euros per ton. By the end of this decade, Gebald thinks it will be half that.