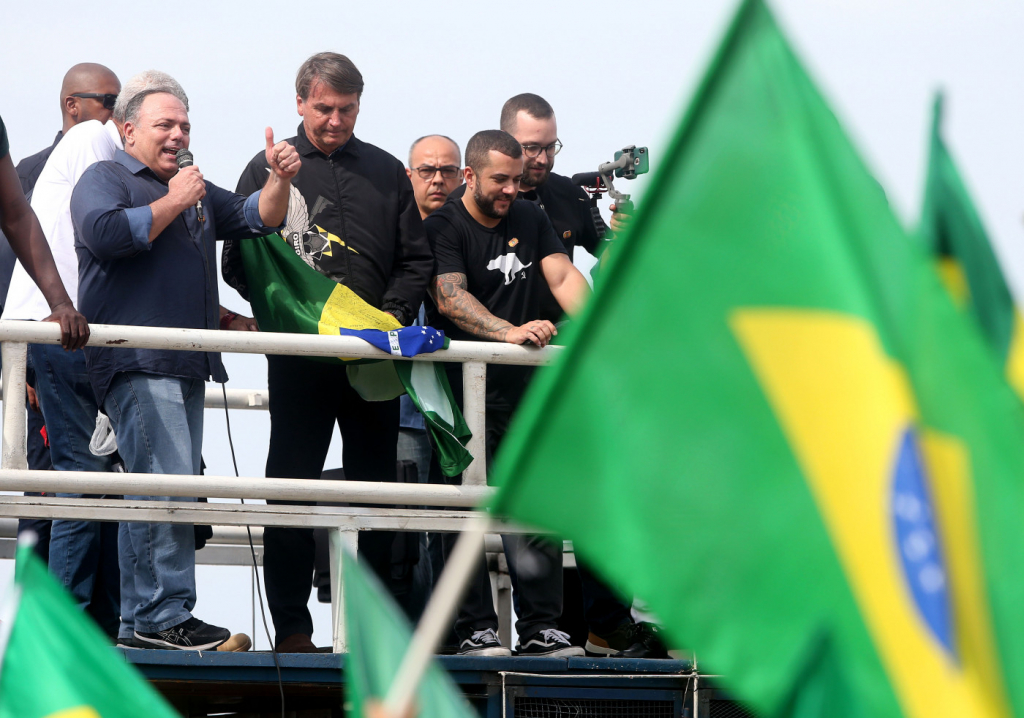 Former Health Minister must explain participation to the command of the Brazilian Army; parliamentarians defend that general is framed in the Military Penal Code

WILTON JUNIOR / ESTADÃO CONTENTLast Sunday, the former Minister of Health climbed on a sound truck, thanked the public for his support and praised Bolsonaro

This Thursday, the 27th, ends the deadline given by the command of the Brazilian army for or general Eduardo Pazuello be justified about participating in an act with the president Jair Bolsonaro. Last Sunday, the former Health Minister climbed into a sound truck, thanked the public for his support and praised the president. Both were without a mask, contrary to the state law that establishes the mandatory protection in the Rio de Janeiro. The inspection committee of the Chamber of Deputies approved, on Wednesday, a request that demands from defense minister Walter Braga Netto information on the opening of disciplinary proceedings against Eduardo Pazuello. Deputy Elias Vaz (PSB), author of the request, said that there is no information that the Army command authorized the general to participate in the demonstration and that, therefore, he violated the military code. Opposition leaders in the Chamber also filed two lawsuits against Pazuello for participating in the act alongside President Bolsonaro.

The first asks that the ex-minister be framed in article 324 of the Military Penal Code that determines that it is crime “Failing, in the exercise of their function, to observe the law, regulation or instruction, giving direct cause to the practice of an act harmful to the military administration”. The penalty ranges from a maximum detention of six months to suspension of office, graduation, position or function, for three months to one year. The other lawsuit alleges that the presence of the general violates item 57 of the Army Disciplinary Regulation, which prohibits members of active duty Armed forces participate in this type of demonstration.

* With information from the reporter Caterina Achutti