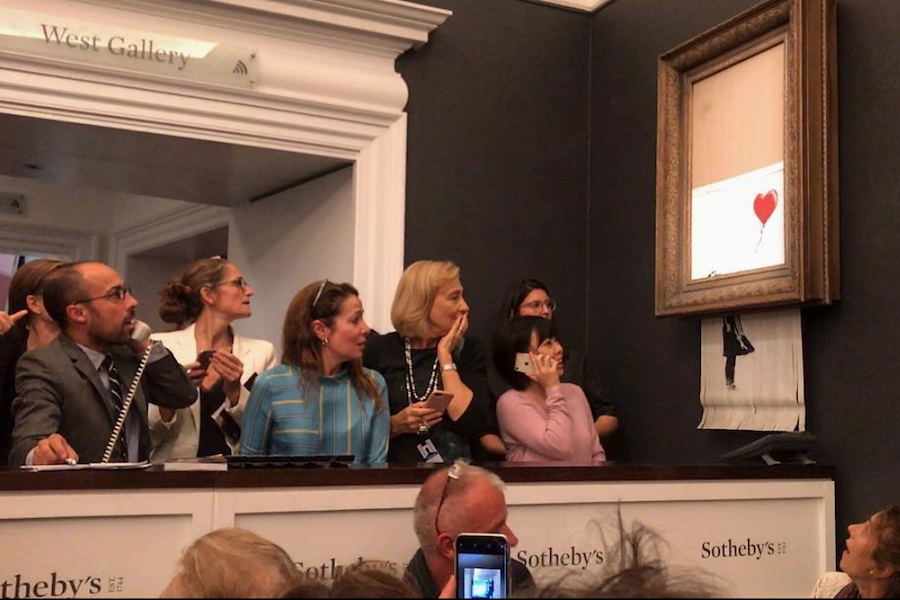 In 2018, the work of the British artist called “Girl With Balloon” it partially self-destructed after being sold for 1.2 million euros. Now, what’s left of the work goes to auction again.

“Girl With Balloon” shows a girl trying to reach a heart-shaped balloon and was sold at a Sotheby’s auction in 2018 for 1.2 million euros. But as soon as the sale was confirmed, a paper shredder hidden in the frame of the painting was activated, partially destroying this work by Banksy.

At the time, the lower half of the painting got cut into strips, something the British auction house referred to as a moment in the “world history of instant art”.

Now, tell the NPR, art collectors will have the opportunity to own this piece of history (unless the British artist does his own again).

The partially fragmented work, which has since been renamed “Love is in the Bin” (“O Amor Está no Lixo” in Portuguese), will be auctioned on October 14, in London. It is expected that it can yield between four to seven million euros – a big difference from the original selling price.

Before D-Day, Banksy’s piece will still be shown at the auctioneer’s branches in cities such as Hong Kong, Taipei and New York.

Right after the “incident”, in 2018, the street artist confirmed that the London auction house was unaware of his plans and revealed that the original work should have been totally destroyed, but that the system installed in the frame of the frame failed.