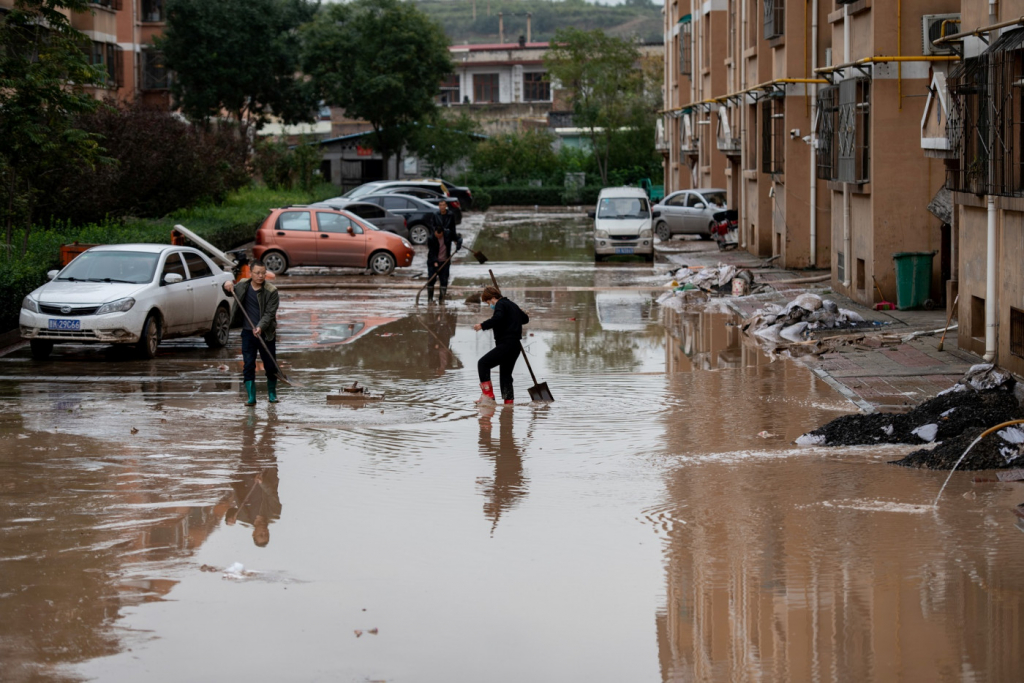 In addition to the damage to 17,000 homes, at least 190,000 hectares of agricultural land were flooded; in five days, 119 liters of water per square meter were accumulated

cnsphoto via REUTERSMore than 17,000 houses collapsed due to the floods

At least 120,000 people had to be evacuated from their homes and another 1.7 million were affected by rains torrents recorded on Monday, 11, in Shanxi province, in China. The information was given by the official news agency “Xinhua”. In addition to the damage to 17,000 homes, at least 190,000 hectares of farmland were flooded, according to the province’s Emergency Department. Likewise, the Shanxi Meteorological Office has warned that more rain is expected in the southern part of the province, which has a population of around 35 million people spread over an area similar to that of Uruguay. From 8:00 pm (local time) on the 2nd to 8:00 am (local time) on the 7th, the rains reached 119 liters per square meter, a level three times higher than the average in October in the province, according to the state-owned company.

Because of the waters, a dam broke in Fenhe, a tributary of the Yellow River, which had the second-highest flood in nearly 40 years. The rains also damaged part of the ancient city wall of Pingyao, a UNESCO World Heritage Site and a popular tourist destination. Last week, provincial authorities already reported the deaths of at least five people due to constant rains. The neighboring province of Shaanxi was also affected by persistent rains last week, which led to the evacuation of more than 50,000 local citizens. China’s National Meteorological Center recently reported that rains in the northern part of the country – which includes Shanxi – set a “historic record” last month. In July, central China suffered heavy rains that left more than 300 dead in Henan province, according to local officials.