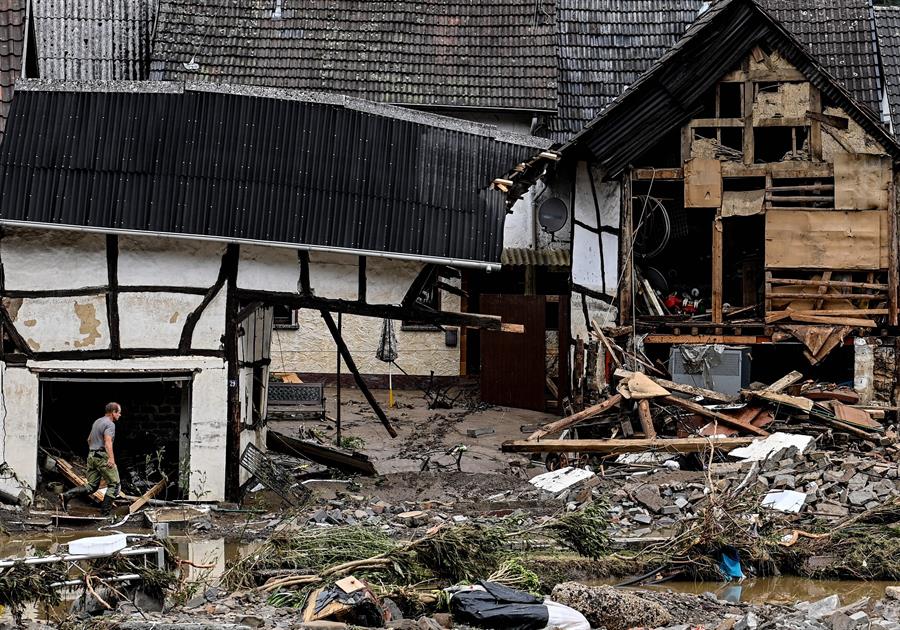 Germany, Belgium and the Netherlands were the most affected countries; some regions recorded in two days the expected water equivalent for two months

At least 32 people have died and dozens are missing after heavy rains flooded parts of the Germany, Belgium e Holland this Wednesday, 14. The estimate is that the equivalent of two months of rain has hit areas of countries since Tuesday, 13, causing landslides, flooding and mobilizing hundreds of rescuers to rescue victims. Among the dead are two firefighters carrying out rescue operations in the most populous state of North Rhine-Westphalia in Germany. According to local news agencies, the country still registered eight deaths in the city of Euskirchen and 18 in the neighboring county, Ahrweiler. One of the most serious occurrences was in Schuld in der Eifel, where 70 people are missing after house collapses during the night. “We have never seen a disaster of such magnitude. It’s devastating,” Malu Dreyer, a member of the German parliament, said in a meeting with other politicians on Thursday.

In Belgium, where four people died, a river overflow caused flooding in the streets and power shortages in the Pepinster region. In the Netherlands, busy highways were closed after flooding and a group of tourists had to be rescued on the roof of a resort submerged by water. Officials in the countries believe the death toll could increase after the water level drops. Damage to commercial structures and government buildings is also not to be measured in the coming days. According to the French meteorological service, the rains in the affected region in the last two days are expected to decrease this Thursday, 15. The heavy rains occur in the same period in which northern Europe registers high temperatures, with Finland setting an annual record of 24ºC .