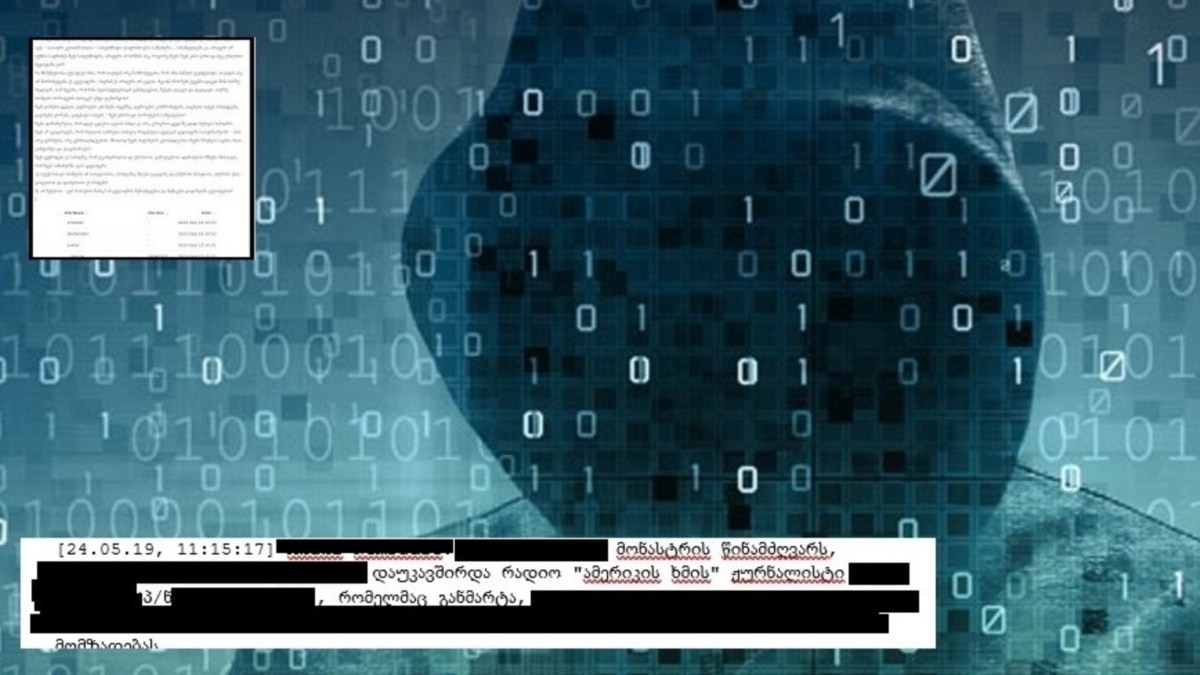 Thirty weeks before the local elections, the ruling Georgian Dream party is using every means possible to pull out of another scandal involving illegal wiretapping. This scandalous story, in turn, proves once again that the State Security Service (SSS) continues to conduct total, uncontrolled and illegal wiretaps in the country on a daily basis.

If on the first day after the scandal of the SUS files scandal, the “Dream” blamed the “National Movement” for the leak of illegal files, now, Prime Minister Gharibashvili has tried to move the arrows at his former teammate, ex-Prime Minister Gakharia. Alexander Khojevanishvili is a member of Gakharia Party for Georgia, who held the position of Deputy Head of SUS in 2019-21.

“Ioseb Gogashvili, the first deputy head of the SSU in 2016-19, tried to strengthen this ‘new version’.

“This is a betrayal within the political family of the Georgian Dream,” said Tsulukiani, the Minister of Culture, who held the post of Minister of Justice for eight years.

SUS has not yet confirmed, but there is, in fact, no doubt that the contents of thousands of files created as a result of illegal surveillance are authentic.

This, in turn, is confirmed daily by journalists, clerics, theologians, politicians, ambassadors, diplomats, representatives of non-governmental or civil society organizations, most of them, the Operational Technical Department of the SSU, most likely with the permission of the court. Without listening.

A government that says yes, this was happening during our rule should close its hat and should go. And, in some cases, the issue of political, and in some cases higher, criminal liability of specific individuals should be raised. But I am very far from the opinion that any investigative body will be able to do that in Georgia today

Lawyer Sulkhan Saladze told VOA that there is another systemic crime that is unimaginable to investigate and punish the perpetrators under this government:

Therefore, now the expectation that the investigation will prove that this is a crime committed by this government, I have less expectations. Moreover, the investigation can not prove that this is a crime committed during the previous government. This is practically unthinkable given the dates of the published files, the content. “Also, the people who identified themselves in these records confirm that these are the records of the period related to the rule of the Georgian Dream,” Saladze said.

Sulkhan Saladze believes that “the government, which will say yes, this was happening during our rule, should close its hat and leave, and in some cases, the issue of political responsibility of certain individuals, and in some cases, higher, criminal responsibility should be raised. “But I am very far from the idea that any investigative body in Georgia can do that today,” said the former GYLA chairman.

Total, uncontrolled, illegal surveillance and eavesdropping by the state, dismantling the ugly surveillance system created by the National Movement, and strengthening civil and judicial control over the special services and eavesdropping were among the main pre-election promises made by the Georgian Dream in 2012.

“Of course, it is a terrible feeling when you feel that you are being watched, when you can not even say warm words to your loved one, because it can distort you”

“Of course, it is a terrible feeling when you feel that you are being watched, when you can not even say warm words to your loved one, because it can distort you,” said Bidzina Ivanishvili, the leader of the Georgian Dream as prime minister in 2013.

“I’ve been a victim of covert recordings and many others sitting here. Viruses were created in the Constitutional Security Department, infecting thousands of computers, and many phones were heard from there. We stopped it, naturally. We have abolished this department altogether. The Department of Constitutional Security had a separate department from which illegal eavesdropping took place. We have put everything in order. ”- These are the words of Irakli Gharibashvili, who said in 2013, when he was the Minister of Internal Affairs.

Maia Mtsariashvili, a partner of the law firm BLB, who served as Tbilisi’s prosecutor from March to November 2013, told VOA that Ivanishvili-Gharibashvili’s government had, in fact, simply taken over the monster of illegal wiretapping created by the previous government and turned it into a “dream.” Put in party service.

“There was no complex investigation into the illegal wiretapping of the UNM, a precedent was set for the perpetrators to be brought to justice, and as a result, we received a new systemic crime under the Georgian Dream,” Maia Mtsariashvili told us.

“Our prosecutor’s office could not investigate the basic case, Ro Galakha Partskhaladze, the head of the Audit Service, our system can not cope with tasks of this level, not that … No one should be held responsible, so to speak, so this is a dead end, a legal deadlock and self-deception” Wait for the investigation ”

“Today there is no institution in the country, an investigative body that will be able to investigate this type of case. This is a huge systemic crime, a sea of ​​material, of a very large volume. How do you want to distance yourself from our investigative bodies, the prosecutor’s office, the government?

Our prosecutor’s office could not investigate the basic case, if Galakha Partskhaladze, the head of the Audit Service, our system could not cope with tasks of this level, not only that … no one will be held responsible, so to speak, so this is a dead end, a legal deadlock – Says the former prosecutor of Tbilisi, who resigned in November 2013 in protest and was replaced by a scandalous figure Otar Partskhaladze.

The prosecutor’s office has launched an investigation into a large-scale leak of “operative materials” from the SSU on the grounds of “violation of communication secrets” under Article 158, Parts 1 and 2 of the Criminal Code, while, according to lawyers, we are dealing with a systemic official crime.

The investigation began with the interrogation of a number of journalists at the prosecutor’s office and the SSU, who had access to thousands of illegal files obtained by the special services. On September 13, received an anonymous mailing address.

The illegal materials themselves, which in addition to privacy and personal information, also contain secret state security data (in some files, the personal information and telephone numbers of some SUS agents are still open) are still available on one of the foreign websites, which has closed domain details. .