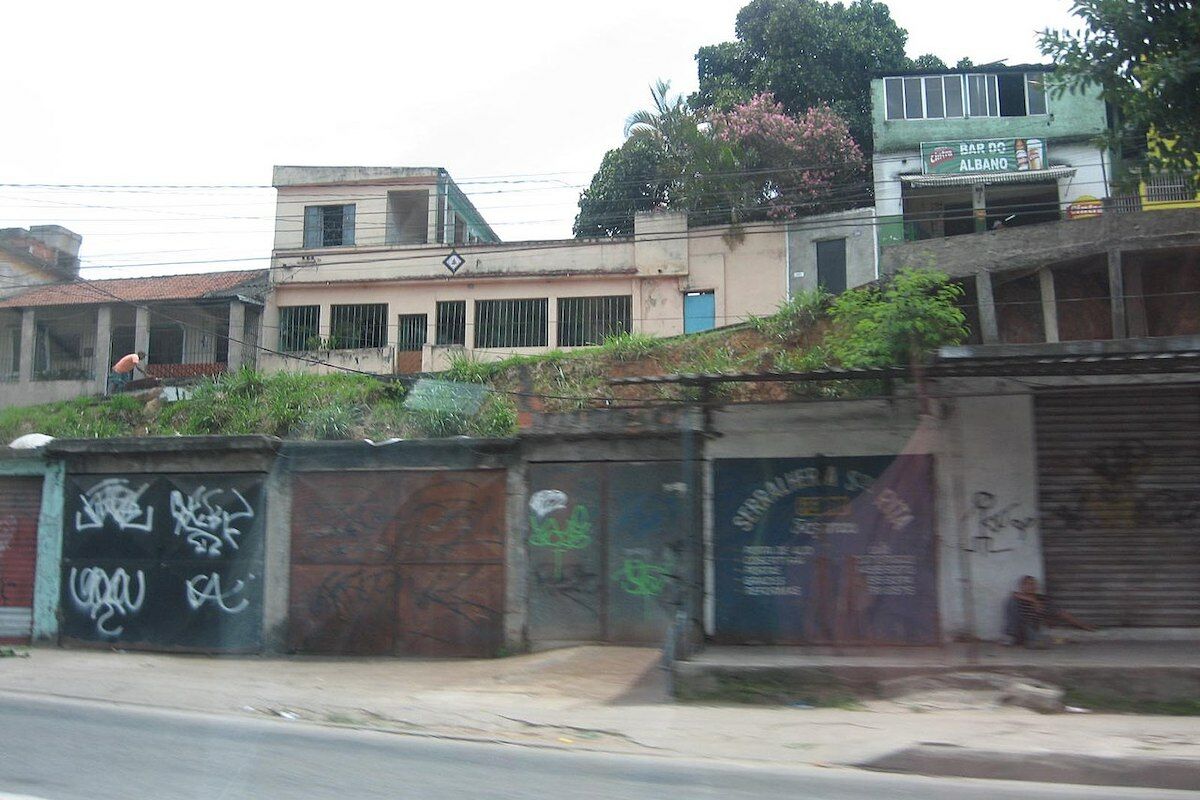 In a country that is essentially Catholic, a study by Data Folha reported that in Brazil the percentage of evangelicals grew from 10% in 1994 to 29% in 2016. The fact that religion is increasingly seen as the path of salvation for many drug dealers can justify the numbers.

The study by the statistical firm also revealed that of that 29%, more than half of the believers come from lower class families.

In communities where there are few opportunities for a better life, evangelical pastors provide access to a support system and an alternative to crime.

One of the poorest neighborhoods in Rio de Janeiro, Acari, ranked third in the city’s Human Development Index, a statistic used by the UN to measure socio-economic development.

Involvement in the world of drug trafficking is one of the major problems facing the population, but there are those who try to look for a better way. More and more criminals are looking for help from the evangelical church and end up becoming pastors.

Access to neighborhoods – known as favelas – is also facilitated by local gangs that help the traffickers out of this world, if they opt for a religious life, as this is seen as salvation.

One of the members of William’s church, pastor Carlos Eduardo Gomes Oliveira, was one of the cases in which the church ended up helping to find a new direction.

The 38-year-old Brazilian started his career in drug trafficking when he was just 12 years old. Carlos made a lot of money packing and distributing drugs, but he decided to give up seven years ago, when a policeman murdered one of his gang members during an operation.

After the death of Carlos’ friend, William began to visit him, eventually convincing him to adhere to the evangelical faith.

In this way, William has managed to gather more and more fans for his church, but the efforts are still insignificant compared to the sophisticated conversion circuit that is active thousands of kilometers away, in the state of Acre, in the northwest of the Amazon.

“Our job is to save souls”

In the capital Rio Branco, Team 91 – a group of 70 ex-criminals who became evangelical pastors – has been “rescuing” people since 2012. The group is named after Psalm 91 in the Bible that promises the Lord will promote salvation from “mortal pestilence”.

“Our job is to save souls”, stresses Francisco Ferreira da Conceição, one of the main leaders of Team 91, known in the city as Ferreirinha.

Ferreirinha tells the VICE that the heads of local gangs facilitate the process of contact with criminals because they know that most criminal careers end in one of two ways: death or imprisonment.

However, thanks to the pact that Team 91 established with local traffickers, a third way was created, through adherence to the evangelical faith.

“The barons of the traffic know that they will eventually be forced to leave the world of crime, so they respect us, because they know that we are the only way out, in case they need it one day”, explains the pastor.

Four years ago, Ferreirinha commanded B13, a prominent gang in Acre. After passing 30 years in the drug business and entering and leaving prison 25 times, the Brazilian decided to end his journey in the world of crime. Now, he is dedicated to inspiring others who are in the same situation.

Currently, of the 40 religious leaders who visit prisons in Acre, 30 are evangelical pastors.

There are 6,130 prisoners in the penitentiary system of the State of Acre, but all those who “embrace God” can submit a written request to be transferred to a separate section for religious inmates only.

According to VICE, Team 91 created an initiative in partnership with the Government Brazilian that allows them to hold masses and make prayer circles with the prisoners inside the prisons. It also provides a support system for those who are released.