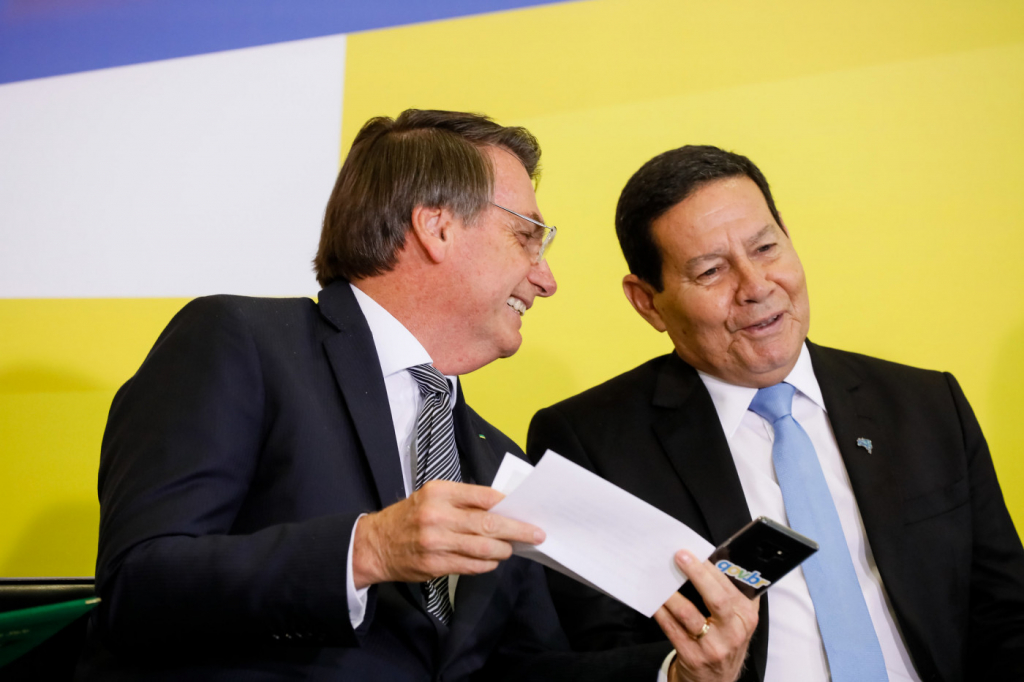 Isac Nóbrega / PRBolsonaro’s lawyer, Karina Kufa, said the trial is based solely on a journalistic complaint, with no hard evidence

THE Superior Electoral Court (TSE) rejected two actions by the PDT who asked for the removal of the president’s ticket Jair Bolsonaro and vice Hamilton Mourao by the supposed mass firing of fake news during the 2018 election campaign. Ministers also voted against the bank’s breach of banking and fiscal secrecy Luciano Hang and four companies, who were supposed to have been hired to spread the message. The acronym accuses officials of abuse of economic power by alleged mass shootings of false news via WhatsApp. Bolsonaro’s lawyer, Karina Kufa, said the trial is based solely on a journalistic complaint, with no hard evidence. “We have an extremely worrying situation here, a lawsuit without any legal basis, any evidence or evidence of evidence and a time lapse above what is reasonable for judging the action. It is requested that the action be dismissed as totally unfounded. ”

The rapporteur, Minister Luís Felipe Salomão, said that, given the lack of evidence, there is no room to proceed with the investigations. “Upon payment of contracts signed with companies specialized in digital marketing to send messages denigrating the PDT and PT candidates via the Whatsapp. As has already been amply demonstrated, there is no proof of this statement ”, he stressed. Solomon was accompanied unanimously by the other ministers, who claimed a fragile body of evidence. The decision the only divergent manifestation was that of Minister Edson Fachin, who agreed with the vote of the rapporteur, but called for further investigation into the case. TSE President Luís Roberto Barroso said the Court is not a political actor. “Here, a third round of elections is not held and, obviously, our work is not due to personal preferences, but due to the arguments brought by the parties and the evidence contained in the process.”