Taís Araújo highlights the good side of BBB21 discussions: ‘We are not all the same’

Taís Araújo gave his opinion on the discussions provided by BBB21 in an interview with the TV show Roda...
Read more

The social network Twitter temporarily blocked more than two hundred user accounts in India on Monday at the request of the Indian government, including trade unionists and farmers protesting the liberalization of the sector, as well as some media outlets.

According to the agency Lusa, Source of the Ministry of Information Technologies told the news agency France-Press (AFP) that the government asked the tech giant to take action against around 250 Twitter accounts, arguing that they represent a “Serious threat to public order”.

Some accounts were blocked for several hours on Monday, before they were accessible again. Users who have seen their accounts blocked include activists, farmers’ union representatives, opposition leaders, journalists, an actor and an economic expert.

Since November 26, tens of thousands of farmers, mostly from the state of Punjab, have been demonstrating on the outskirts of New Delhi, in protest against government reforms that liberalize the sector. A demonstration in Delhi last week degenerated into violent clashes between farmers and the police. Since then, security forces have detained dozens of farmers and a journalist from Caravan magazine.

A spokesman for the farmers said that “Nothing reprehensible” can be attributed to blocked accounts, other than support for protests, which have been going on for months.

The editor-in-chief of Caravan magazine, Vinod K. Jose, said this was “the latest in a long list of attacks” by authorities against the publication’s reports. 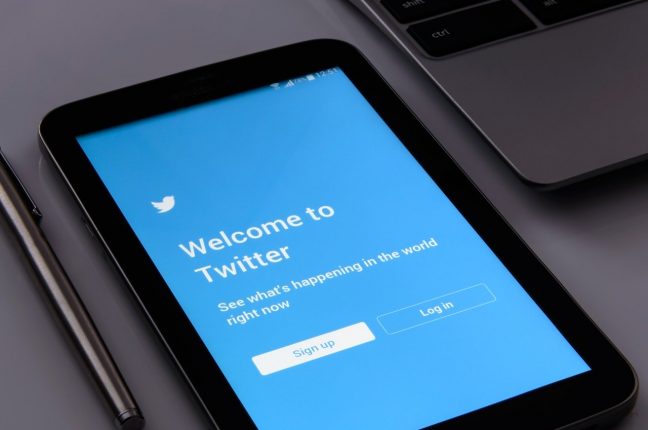 The non-governmental organization (NGO) Reporters Without Borders condemned the blockade, considering it “a shocking case of blatant censorship”. “In ordering these blockades, the Interior Ministry is behaving like an Orwellian Ministry of Truth, which wants to impose its own account of the farmers’ protests,” he added.

For her part, a Twitter spokeswoman argued that “it may be necessary to refuse access to some content in a particular country from time to time” if a “properly delimited” request is made, in statements to the AFP.

According to the non-governmental organization Human Rights Watch, at least eight journalists covering the protests have been accused of several crimes, including sedition and conspiracy. “The Indian authorities’ response to the protests has focused on discredit peaceful protesters, harass government critics and harass those who report on the events, ”the NGO accused this Tuesday in a statement.

India regularly resorts to blocking Internet access to limit information sharing, as it did last week at farmers’ protest sites. The country ranks 142nd in the Reporters Without Borders press freedom index for 2020, out of a total of 180 countries.

Farmers complain that the government repeals laws that liberalize both sales prices and the quantity of some crops sold. The situation forces farmers to negotiate prices with large companies in the distribution chain.

The Indian government, which even proposed an 18-month moratorium on law enforcement rejected by unions, defended the reform, saying it would allow farmers to negotiate on their own terms. Farmers say, however, that diplomas leave them defenseless and in the hands of big companies.

Taís Araújo highlights the good side of BBB21 discussions: ‘We are not all the same’

The Life of the People: Summary of today’s chapter, Tuesday, March 9

‘The future is doubtful’: What do the possible candidates of 2022 think about the decision that favors Lula – Prime Time Zone

Names that envision the presidency manifested themselves on the decision of Edson Fachin, of the Supreme Federal Court (STF), to annul the PT's convictions...
Read more

Precis Medicamentos reported that the immunizing agent is 81% effective and that the antibodies produced in the application are able to neutralize variants of...
Read more