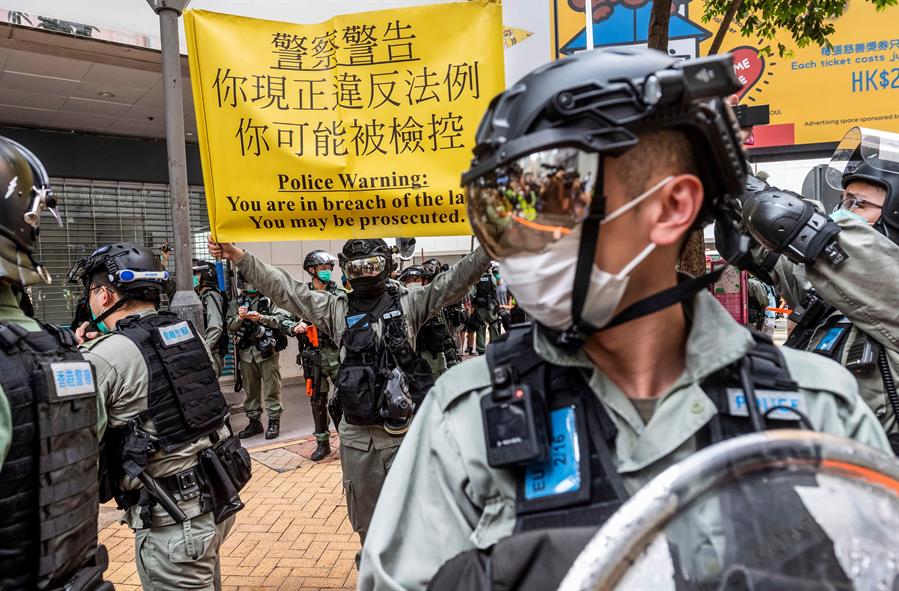 The Secretary of State for U.S, Mike Pompeo, said on Thursday, 31, that the China it is a “fragile dictatorship” that cannot claim to be a “global leadership”. The statement came after a court in the Asian country sentenced 10 of the 12 Hong Kong who tried to escape to Taiwan in August. Pompeo, who will step down on January 20 with the president Donald Trump, strongly criticized the sentence on Wednesday, 30, which sentenced the activists to terms of seven months to three years in prison.

“A regime that prevents its own people from leaving cannot desire greatness and global leadership. It is simply a fragile dictatorship, afraid of its own people, ”said Pompeo in a statement. The so-called “12 Hong Kong” trial marks the first time that a Mainland Chinese court has tried Hong Kong activists involved in pro-democracy demonstrations in the semi-autonomous city last year. The head of the US diplomacy said the trial “once again exposes Beijing’s brutality, its blatant disregard for the international treaties it signed and its contempt for the rights of the people of Hong Kong”.

“The ’12 Hong Kong ‘who tried to escape tyranny were welcomed as heroes abroad, not a capture, a secret trial and prison sentences,” said Pompeo. “The United States strongly condemns the actions of the Shenzhen court and demands the immediate and unconditional release of the 10 members of the group,” he added. The Yantian District People’s Court in southeastern Shenzhen on Wednesday sentenced two escape organizers to two and three years in prison and another eight to seven months in prison for illegally crossing the border. The other two members of the group, who are minors, accepted their accusations in a closed-door hearing and were handed over to Hong Kong police. During the 130 days they were in custody of the authorities, none of the 12 were able to contact their families or legal representatives of their choice, and lawyers hired by the families refused to accept the case after receiving threats from Chinese authorities.

Hong Kong residents were arrested when they tried to flee to Taiwan, believing their security was at risk under the controversial national security law that Beijing imposed on Hong Kong in June. Since the law came into force – which provides for life sentences for cases of “secession” or “collusion with foreign forces”, among other cases – there have been numerous police operations and arrests of several prominent Hong Kong activists. Some opted for exile to try to avoid reprisals for activities that, under the new legislation, could constitute crimes.