In a world where only 24% of the population has received a dose of coronavirus vaccine, organizers could not require athletes to be vaccinated to compete in the Tokyo Olympics.

But even some athletes from developed countries, where vaccination has already advanced, went to the Games without getting vaccinated — showing the size of the challenge to advance with vaccination in the world.

The most emblematic case among rich countries is that of the United States delegation.

As released by the American Olympic committee, 103 of the country’s 709 athletes at the Games (including some reserves) were not vaccinated. The information comes from a questionnaire that athletes had to fill out before boarding for Tokyo.

The committee did not divulge the names of this group by name, but some athletes have already published that they were not vaccinated.

The case that drew the most attention was that of the swimmer Michael Andrew, 22 years old. In addition to publicly stating that he was not vaccinated before the competition, Andrew this week refused to wear a mask when giving interviews in the so-called mixed zone, an area where athletes and journalists stay after the competitions.

The case could lead to the US being punished for non-compliance with the Olympics protocol.

Andrew was thatfifth placed in the 200m medley and fourth in the 100m breaststroke, and still disputes the 50m freestyle at the end of this Friday. 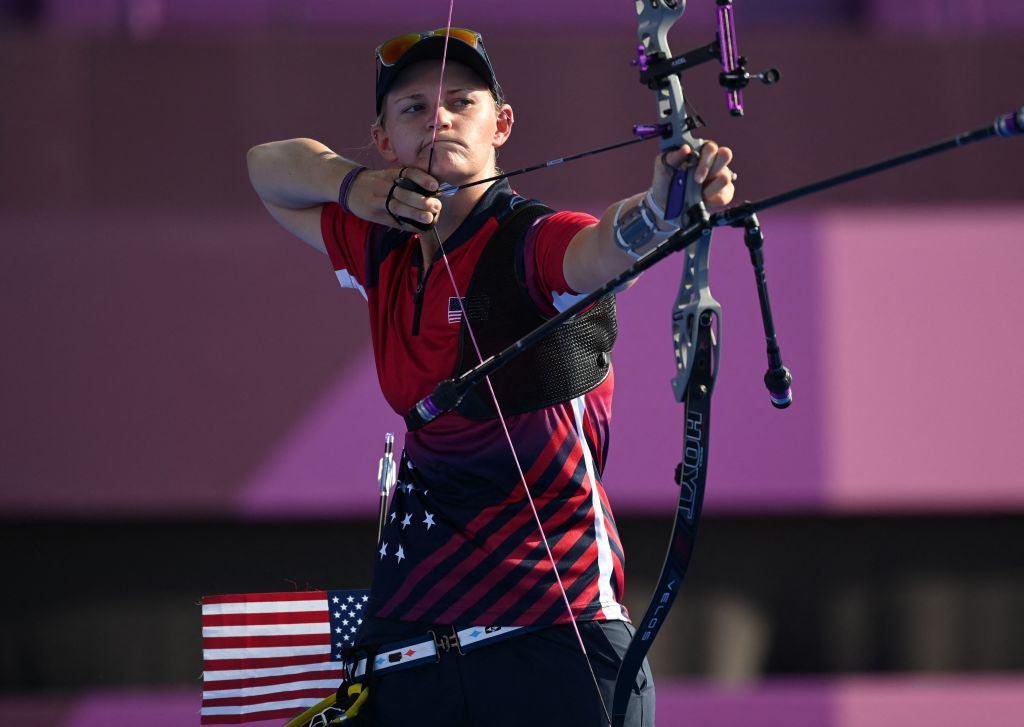 Among other Americans known to be unvaccinated are the archer Brady Ellison (which competes at 11 pm this Friday in archery) and the archer Mackenzie Brown (who lost the bronze dispute at dawn today).

Both said they would not go to Tokyo if vaccination was mandatory.

Among athletes from all countries, the unvaccinated are a minority: the International Olympic Committee (IOC) estimates that more than 85% of athletes have already been vaccinated with at least one dose.

IOC President Thomas Bach stated before the Games that he did not advocate that athletes “jump the line” for vaccinations in countries where there are no doses for everyone.

But the US lags behind other developed countries. the american newspaper The Wall Street Journal it sought out the 25 largest delegations of the Olympics, and of the 17 that responded, ten stated that their athletes’ vaccination rate exceeded 94%.

From the ranking of 17 countries, the US was only 14th in vaccinated, just ahead of Russia, Czech Republic and Poland.

Despite being put in check at the Olympics, the rate of vaccinated in the American delegation is still much higher than the average for the country itself.

Although there are doses for everyone over 12 years old who want to get vaccinated, the US has had difficulty in expanding the share of immunized people due to the population’s distrust.

In the US delegation, in addition to the 86% with the first dose, the projection is that more than 80% will even be fully vaccinated, with two doses or one dose of Janssen.

How many athletes from Brazil were vaccinated?

The US is also behind Brazil in athletes vaccinated with one dose.

The Brazilian Olympic Committee (COB) announced before the Olympics that 90% of athletes had received at least the first dose, 271 out of a group of 301 registrants. 75% of the group was already fully immunized.

Part of the Brazilian athletes were vaccinated in other countries, and the COB also had its own vaccination plan. Some who were not vaccinated were not able to get the doses available in time, but, also in Brazilian teams, there were athletes who did not get vaccinated of their own volition.

“We did have athletes who preferred not to be vaccinated, but we are going to preserve the restriction of these names for personal reasons,” the deputy head of the delegation, Jorge Bichara, told CNN television network.

Without mandatory vaccination, the organization of the Olympics has reinforced protocols with tests and masks, but the risk remains.

The IOC stated that, until this Friday, July 30, they have been at least 222 cases of covid-19 linked to the Olympics, half of third-party service providers and the majority of Japanese professionals.

The Delta variant is the main concern, and more than half of the Japanese population didn’t want the Games to happen. The Olympics involve more than 12,000 athletes and thousands of service providers and members of the technical committee and organization of delegations.

In Tokyo, the city where most of the Olympic events take place, the moving average of cases was already growing before the Games, and is above 2,000 new daily records.

Japan had a low number of covid-19 deaths due to lauded measures to contain the pandemic, but vaccination has only taken off in the past two months.