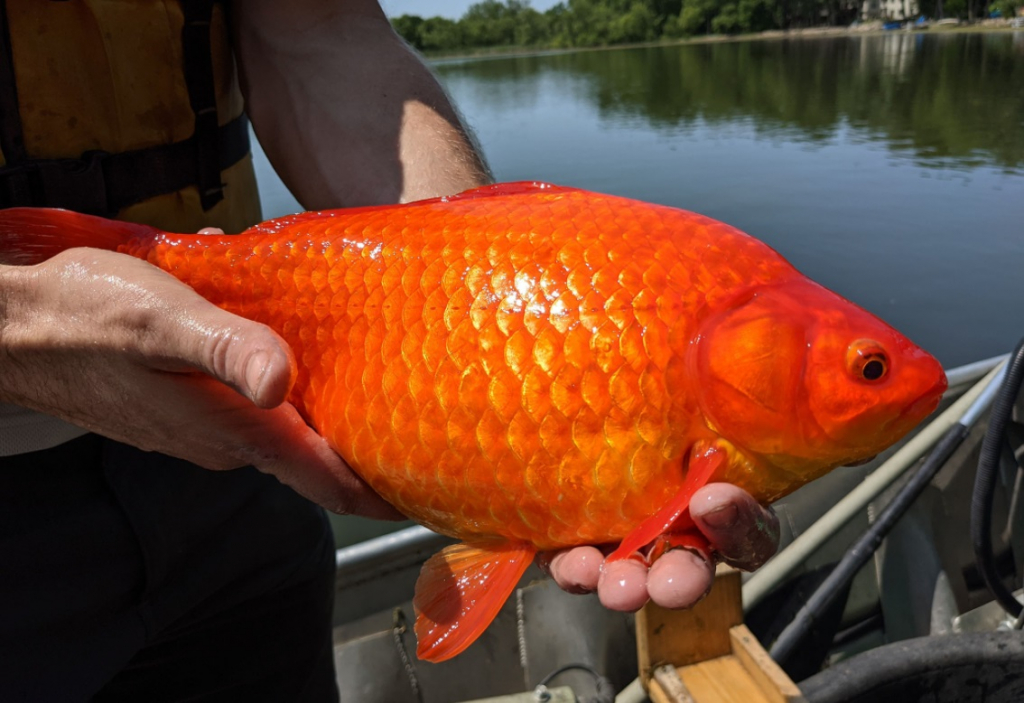 An appeal made by the city of Burnsville, Minnesota, stated that animals ‘grow more than people realize’ and can worsen local water quality

The city of Burnsville, Minnesota, USA, issued an official warning last Friday, 9th, asking for the help of residents to avoid the overpopulation of “foreign” animals in lakes in the region. Local environmental agents believe that little fishes Dorados, bought as pets, have been released into the area by their former owners, which threatens the local biodiversity, as the animals are not native to the area. USA. “Please don’t release your pet goldfish into ponds. They grow more than you think and cause worse water quality,” said the city hall in a Twitter post. In the images, it is possible to see the “giant animals” rescued. Some of them measure more than two palms.

Please don’t release your pet goldfish into ponds and lakes! They grow bigger than you think and contribute to poor water quality by mucking up the bottom sediments and uprooting plants.
Groups of these large goldfish were recently found in Keller Lake. pic.twitter.com/Zmya2Ql1E2