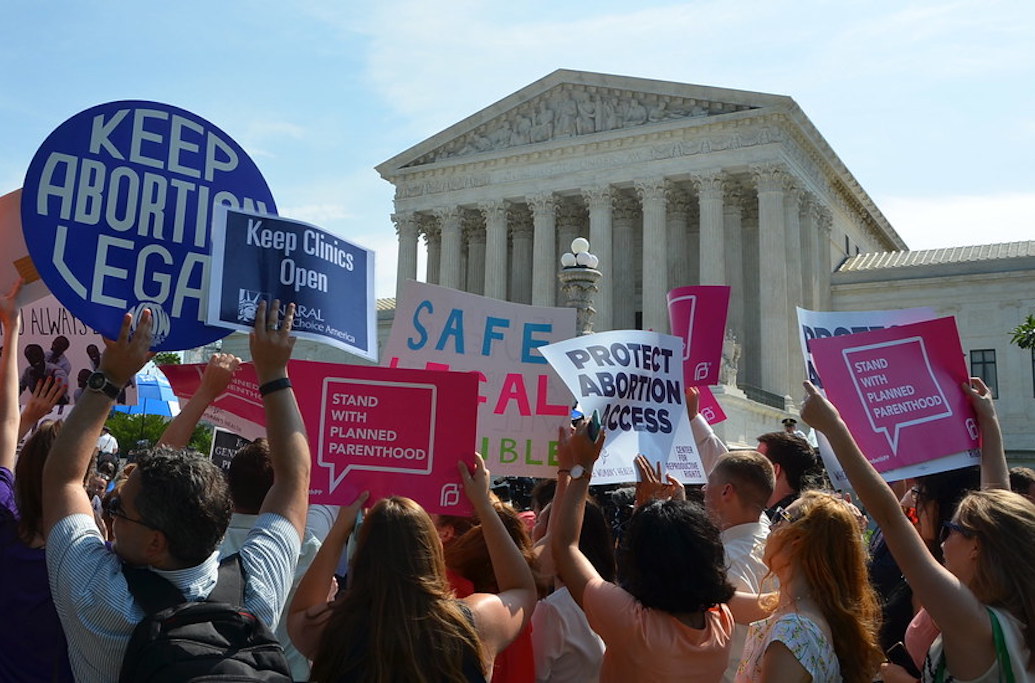 The legal battle over the new law that restricts abortion in Texas after six weeks of pregnancy continues, after a federal judge accepted the White House appeal and blocked the law until a final decision on its constitutionality remains.

A federal judge in the US this Wednesday temporarily blocked the new law that practically ban abortion in texas.

This is the first legal setback the law has suffered, after the criticism the Supreme received for have done nothing regarding the emergency appeal filed just before the law came into force in September, and may cast doubt on its legal future.

“Today’s decision is an important step in restoring the constitutional rights of women in the state of Texas. The fight has just started, in Texas and in several other states in the country where the women’s rights are currently under attack“, said White House spokeswoman Jen Psaki, in reaction to the decision.

Remember that Texas law prohibits the voluntary termination of pregnancy after six weeks of pregnancy even in cases of rape and incest and when the vast majority of women still do not know they are pregnant, and they are. the most radical across the United States, where the right to abortion was federally recognized by the Supreme Court in 1973.

In addition to this, the law has a particular detail in passing the enforcement power to citizens. Any US resident, even outside of Texas, can sue someone they suspect of having had or assisted in performing an abortion. If he wins, the citizen in question receives a $ 10,000 reward.

This detail in the law led to anti-abortion associations calling themselves “bounty hunters” and creating sites where they shared clues about possible abortions that was being carried out in the state. The sites were targeted for memes and false testimonies by opponents and were also removed by servers that did not want to join the law. Several companies also spoke out publicly against the Texas ban.

Wednesday’s decision stems from an appeal filed by the Biden administration, which has already promised through Attorney General Merrick Garland’s voice that it will do everything to fight the new Texan law it considers extreme and unconstitutional. The state is now banned from enforcing the law while the battle over its legality continues.

“A state cannot ban abortions at six weeks. Texas knows this, but they wanted to ban at six weeks anyway, so they resorted to a unprecedented scheme of popular justice that was created to scare off abortion providers and others who might help women exercise their constitutional rights,” Justice Department attorney Brian Netter argued in federal court.

In the wording of his ruling, Judge Robert Pitman agreed with the White House’s criticisms and accused Republican lawmakers in Texas of having created “a transparent and unprecedented legal scheme” for deny patients rights guaranteed by the Constitution.

“Since the time SB8 (Senate Bill 8, as the law became known) came into force, women have been illegally prevented from exercising control of their lives in ways that are protected by the Constitution,” the judge wrote, underlining that other courts can “make a way around this conclusion” but that your court would not “sanction another day” a “offensive deprivation” of “such an important right”.

Presumably the legal battle will continue until he returns to the Supreme Court, after the House of Representatives and the UN itself condemned Texas legislation and after a doctor openly assumed he had broken the law and given a patient an abortion.

Thousands of women and activists have also taken to the streets in recent days to protest radical limitation access to abortion.

Even with the favorable ruling, clinics offering abortions may not immediately return to activity for fear that doctors could continue to be prosecuted if the law becomes permanent.

Planned Parenthood, a family planning organization that also offers abortions, reveals that the number of patients in its Texas clinics went down almost 80% within two weeks of the entry into force of the law.

While clinics in Texas are empty, in neighboring states, where women have to move in order to terminate their pregnancies, services are overflowing.

The Republican leadership in Texas will most likely appeal now from the decision to the Fifth Circuit Court of Appeal, which is one of the most conservative in the US and who had previously allowed the new law to go forward.

The case must end with eventually return to the Supreme Court, which was shaped by Trump and has a conservative 6-3 majority. The court will also rule in December on the constitutionality of a similar law in Mississippi.