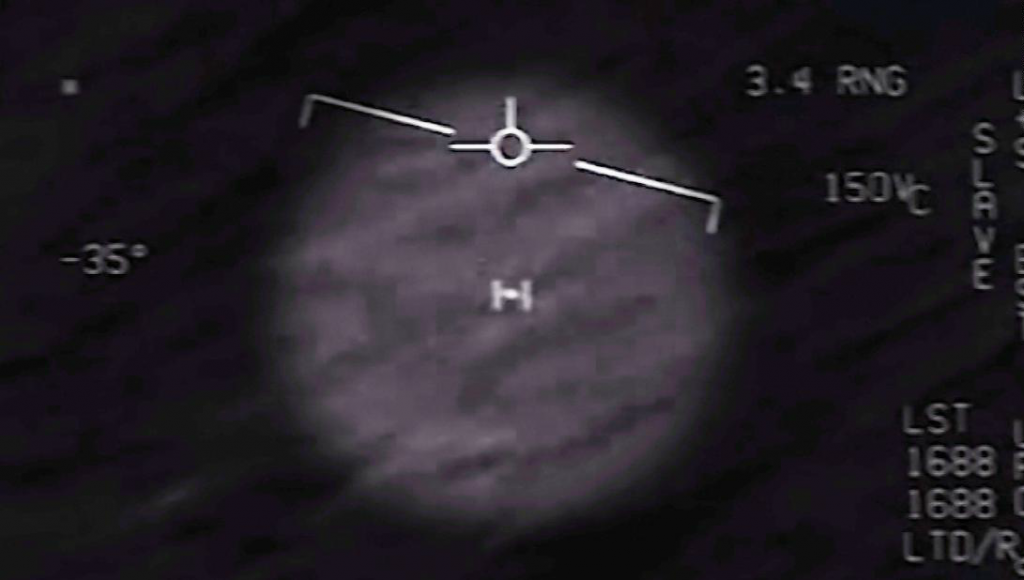 Intelligence report, however, says it cannot totally rule out that the objects are not ET technology.

Disclosure/PentagonUnidentified flying objects have been sighted by the US Navy

Intelligence Officers of the USA say they have found no evidence that aerial objects sighted by Navy pilots in recent years are alien spaceships, despite not having explanations for the unusual movements, point out senior administration officials. According to information from the ‘New York Times’, the sources had access to a government report that will be made official shortly. The documents say that most of the 120+ sightings did not originate from any US military or other advanced technology in the country, dispelling rumors of possible government programs.

Officials who had access to the report also informed that there are few conclusive findings, that is, with the ambiguities pointed out in the documents, the intelligence makes it clear that it cannot definitively discard the theories that the observed phenomena are an alien spacecraft. The subject UFO has been on the rise in the country and has increased after the former president Barack Obama commented on the matter on ‘The Late Late Show with James Corden’ last week. “What’s true, and I’m serious here, is that there are footage and records of objects in the sky that we don’t know exactly what they are,” he said.

Despite all the supernatural theories, the US also works with the possibility that these objects are hypersonic experiments of the China e Russia. Both countries have developed technology in this regard to evade US missile technology, according to the report. This task force responsible for cataloging pilot testimonies has existed for 13 years and its mission is to “detect, analyze and catalog” sightings of foreign objects in the sky that could pose a threat to national security.