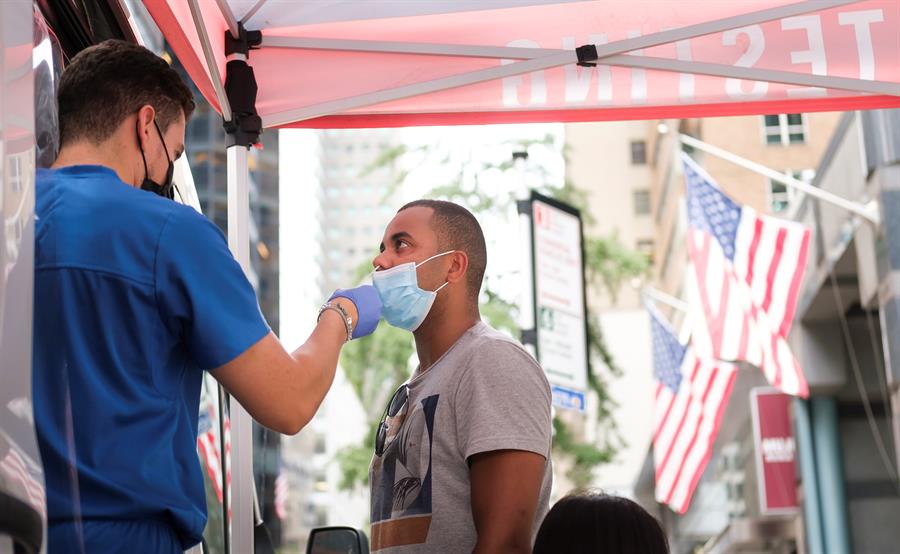 Director of the country’s Center for Disease Control said that the country is experiencing an ‘unvaccinated epidemic’, most of them driven by lack of information

An epidemiological bulletin released by the Centers for Disease Control (CDC) of the USA this Friday, 16, showed that the country registered an increase of 121% in new cases and 9% in deaths caused by Covid-19 in the last two weeks. The increase occurred in all 50 states of the country, but it was greater in regions with low immunization rates, such as Arkansas, which has only 35.1% of the population immunized and has seen hospitals operating at full capacity in the last 10 days. The state of Missouri, which had 40% of the population adhering to immunization, requested federal help to create a shelter for people with the most severe form of the disease. “This is turning into a pandemic of unvaccinated people. We’re seeing a lot of cases in parts of the country that have low vaccination rates because unvaccinated people are at risk,” CDC Director Rochelle Walenski said at a press conference this Friday.

In Los Angeles, even without the approval of the CDC, the government started to demand the use of masks inside closed places to try to reduce the contamination, which is also linked to the predominance of Delta variant of the disease, more contagious than other strains and responsible for more than half of the new cases in the country. Local surveys show that 90% of people who say they will not be vaccinated cite false information about immunizers as a reason for refusing. Unlike most nations on the American continent, the US has free distribution of immunization agents and even created incentive campaigns for those who received the vaccine. Last week, the daily average of new cases was 28,300 and that of deaths was 280. The country, which had 250,000 new cases daily in January, has 34 million cases and 608,000 confirmed deaths since the onset of the pandemic.