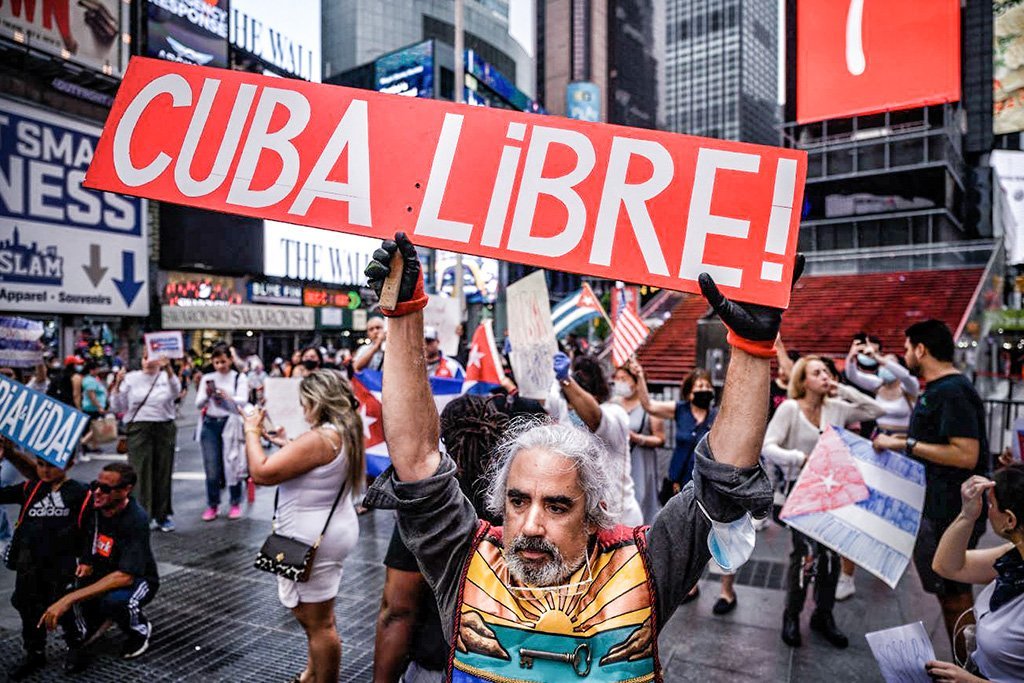 You United States applied sanctions on Thursday against a security minister and a special forces unit of the interior ministry of Cuba for alleged human rights abuses in cracking down on anti-government protests this month.

The move marks the first concrete steps by the government of US President Joe Biden to put pressure on the Cuban government, in the face of calls from US lawmakers and the Cuban-American community to show more support for the island’s biggest protests in decades.

The speed with which the government has drawn up new sanctions further signals that Biden is unlikely to soften the US approach to Cuba in the near future, after his predecessor Donald Trump retreats from the historic Obama-era approach to Havana.

“This is just the beginning,” Biden said in a statement, expressing his condemnation of “mass arrests and false trials.”

“The United States will continue to punish individuals responsible for the oppression of the Cuban people,” he added.

Cuban Foreign Minister Bruno Rodríguez, in a Twitter message, dismissed the sanctions as “unfounded and slanderous” and urged the United States to apply such measures to its own record of “daily repression and police brutality.”

The US Treasury Department said in a statement that sanctions were applied against the interior ministry’s security unit and Gen. Álvaro López Miera, minister of the Revolutionary Armed Forces.

Thousands of Cubans staged protests a week ago against the economic crisis that led to a lack of basic goods and energy. They also spoke out against the government’s handling of the coronavirus pandemic and limitations on civil liberties. Hundreds of activists were arrested.

Biden promised during the 2020 campaign to reverse some of Trump’s policies on Cuba, but Thursday’s announcement suggests little appetite for reconnecting.

The Cuban government blamed much of the protests for what it called US-funded “counterrevolutionaries” exploiting the economic crisis caused by US sanctions.

Thursday’s sanctions were imposed under the Global Magnitsky Act, used to punish human rights violators with US asset freezes and travel bans.

But US officials admitted that Cuban officials rarely do financial business in the US or travel to the country, limiting the practical impact of these measures.

Social unrest appears to have injected a new sense of urgency into the sweeping review of Cuba’s policy, which Biden began shortly after taking power in January. Until now, Cuba has not been treated as a top item on the agenda, while the US government has dealt with the economic recovery and the coronavirus pandemic at home and challenges like China, Russia and Iran abroad.