US Navy sing popular Hindi song: A rare incident where the super navy US Navy team sang a Hindi song for India ..

US Navy sings popular Hindi song: This is a rare event where the US Navy sings a Hindi song for India. The event took place during the US Chief of Naval Operations – Indian Ambassador Dinner Meet. US Chief of Naval Operations (CNO) Michael Gilde, Indian Ambassador to the US Taranjit Singh Sandhu attended the friendly dinner. On this occasion, the American Navy Band sang a Hindi song to entertain the Indian guests.

In the 2004 Bollywood movie ‘Swadesh’, the Navy band sang the song ‘Yeh Jo Desh Hai Tera’ sung by the hero Shah Rukh Khan in remembrance of his native sweet memories. The video was shared on Twitter by Indian Ambassador Sandhu. This tweet was retweeted by AR Rahman, who composed the song and sang it himself. He also thanked the US Navy and Indian Ambassador to the US Taranjit Singh Sandhu for singing the song. This video has now gone viral on Netflix.

🇺🇸🇮🇳 The @usnavyband Sea Chanters share a song of happiness and love at a small performance for the @USNavyCNO and the Ambassador of India to the United States, @SandhuTaranjitS.

The Navy Band has been connecting the @USNavy to our partner nations since 1925! #HappyHoli https://t.co/2VYPhB3t5S

Thank u for sharing this sir. How lovely. Git all nostalgic about the time spent making this beautiful film and belief sung in the song. Thanx @AshGowariker @RonnieScrewvala @arrahman & everyone who made it possible. https://t.co/rFRKcHTDCg 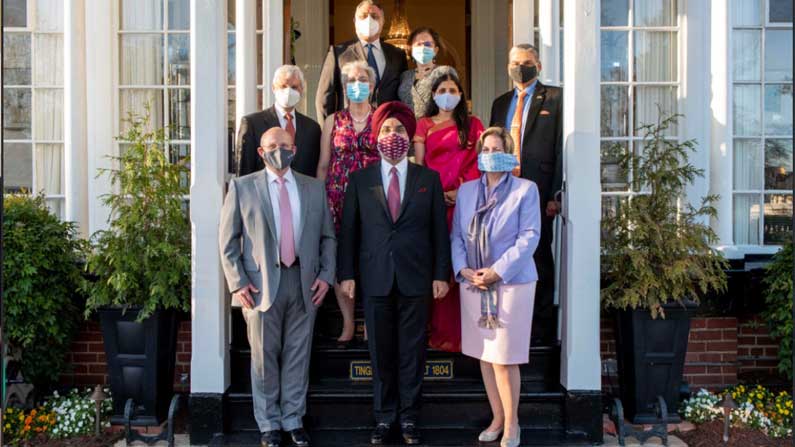 The Tunisian artist Mu'tazila, Hayat Jebnoun, caused widespread controversy in the Tunisian street, after she claimed that she carried...
Entertainment