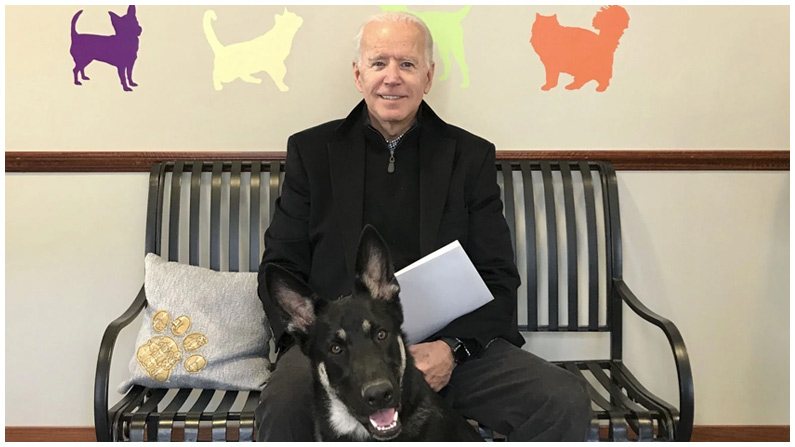 US President Jobiden’s affectionate and loving dog ‘Major’ has caused quite a stir. Jen Saki, a spokeswoman for the White House, said it had bitten and slightly injured someone at the White House.

US President Jobiden’s affectionate and loving dog ‘Major’ has caused quite a stir. Jen Saki, a spokeswoman for the White House, said it had bitten and slightly injured someone at the White House. She said the three-year-old German Shepherd had bitten an unidentified man. Upon learning of the dog’s bite, the White House staff medical unit examined the man and determined that he did not need treatment. The two dogs that the Biden couple are raising seem to be still accustomed to the new environment and new conditions. The CNN news agency reported that a member of the security staff had been bitten by the Major. The agency revealed that it worked to the point of injuring the man’s hand, but not a major injury. First Lady Jill is trying to get her two dogs accustomed to their 18-acre new home in Washington.

In 2018, the Biden couple are raising a major and another dog. These are their favorite pastimes .. They take these with them wherever they go. They look after them like their family members. Meanwhile, Major actually had to slow down a bit as Jobiden got a slight bruise on his leg. In 2008, when former US President George W. Bush became president for the second time, his pet dog bit the Reuters news reporter’s finger. Therefore, those who are raising pet dogs and those who are close to them also need to be a little more careful.

Vizag municipal elections: YS Jagane has said on several occasions that the Center would be upset if he resigned: Ganta Srinivasa Rao