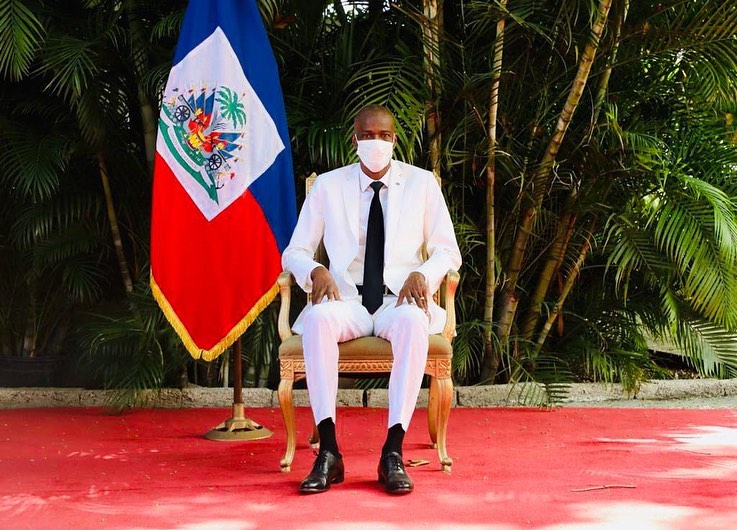 National police considered a suspect, who is Haitian, but resides in Florida, as architect of the plan that killed Jovenel Moise last Wednesday, 7

The National Police of Haiti announced last Sunday night, 11, the arrest of a resident doctor in USA considered as the “key suspect” in the assassination of the country’s president, Jovenel Moise, last Wednesday, 7. At a press conference, the local police chief, León Charles, said Christian Emmanuel Sanon, 63, had plans to take over as president given the fragile state of politics in the country. He did not explain, however, how the doctor intended to do this. In addition to Sanon, at least 12 other people were arrested for alleged involvement in the crime, two were Americans and the other 15 were Colombians. The country’s prime minister, Claude Joseph, declared a state of siege and asked the American country for help to ensure peace in Haiti, but so far only a team of investigators has been sent to the site.

The country’s first lady, Martine Moise, who was also wounded in the attack and was confirmed dead by the Organization of American States (OAS), survived the attack and sent a message to the nation also on Sunday. She thanked God for being alive and said that those who committed the attack were against her husband’s political plans, which would be good for the country. “We cannot let the country get lost or allow the blood to [de Moise] has been poured out in vain”, he stated in an audio excerpt published on social networks. Martine is in a stable state of health, but has not yet left the hospital. At least 10 people are still wanted for their involvement in the crime.