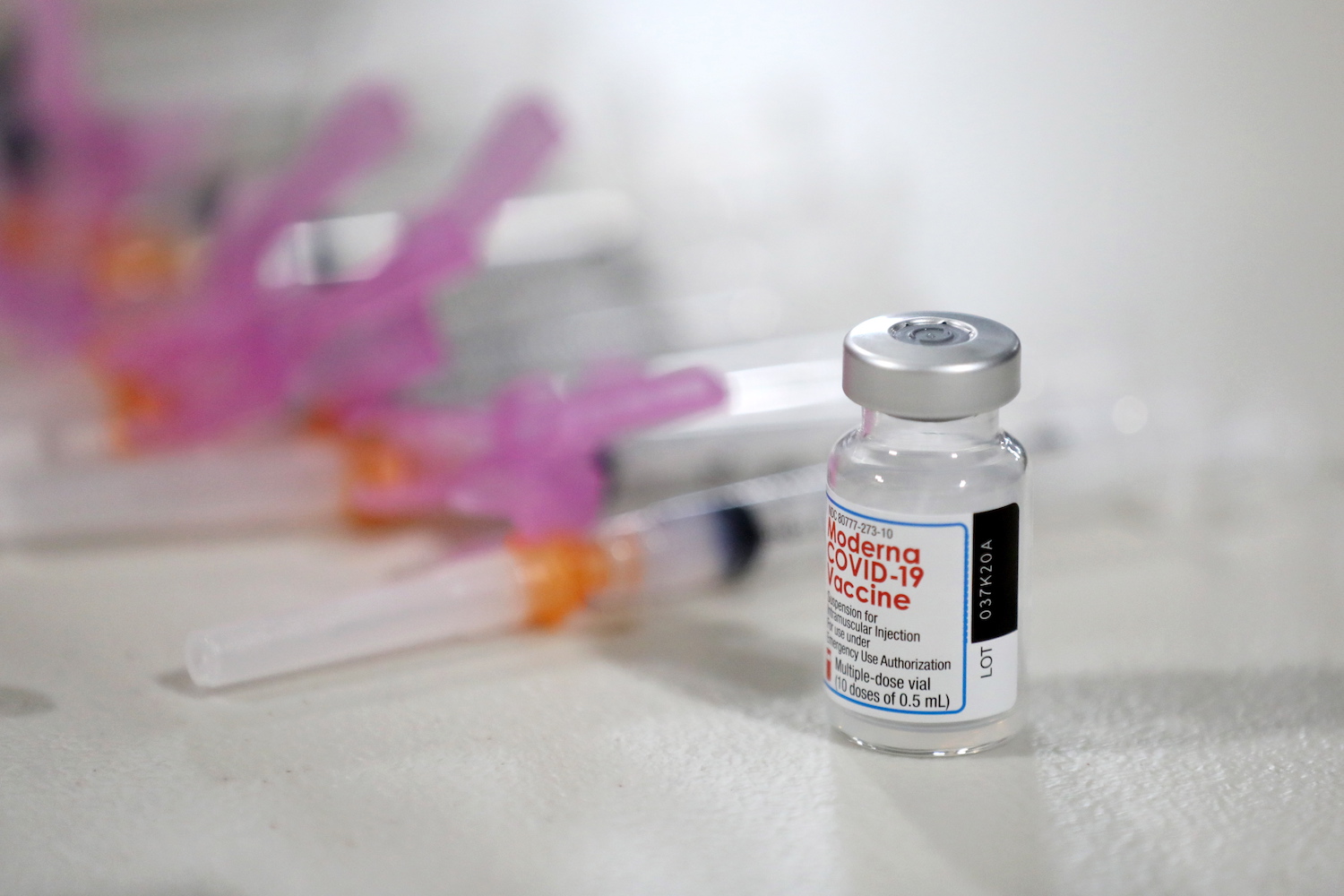 The European Medicines Agency (EMA) has approved the experimental vaccine against covid-19 produced by the American biotechnology company Modern for use in the Member States of the European Union (EU). This is the second vaccine to be approved by the regulator.

According to a statement published on its website, the European Medicines Agency approved Moderna’s experimental vaccine, giving it “a conditional sale authorization” to be administered to people aged 18 and over.

The decision was made at a meeting with EMA experts about the experimental vaccine against covid-19 produced by the American biotechnology company Moderna.

The experts met on Monday, two days ahead of the already scheduled meeting, but decided to continue discussions this Wednesday. On Tuesday, the European regulator indicated that the experts were “working hard to clear up outstanding issues with the company”.

This is the second vaccine authorized in the European Union (EU), after that of the Pfizer-BioNTech consortium, which began to be administered on December 27 in Portugal and other European countries.

Exchange of objections in the EU

The vaccination process in the various EU countries is proceeding at a slower pace and at various speeds, which has led to some exchanges of accusations in the European Commission.

According Markus Söder, leader of Germany’s Christian Social Union, the European Commission has hampered the process of obtaining sufficient vaccine doses and approval for use throughout the block.

“Obviously, the European purchasing procedure was inadequate,” said Söder, who heads the state of Bavaria, in statements to the Picture on sunday. “It is difficult to explain that a very good vaccine is developed in Germany, but is vaccinated more quickly elsewhere, ”he added, referring to the Pfizer-BioNTech vaccine. 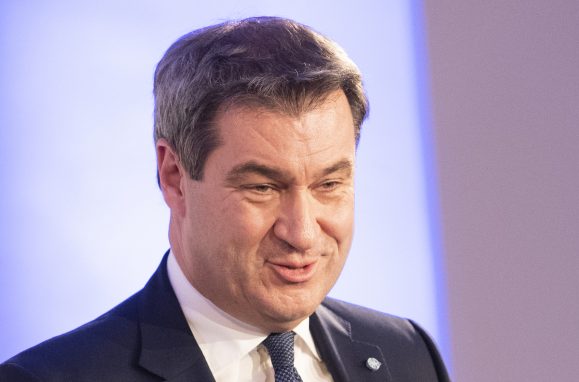 Markus Söder, President of the German state of Bavaria

“The European Commission probably planned a lot of bureaucratically: few were ordered and the price debates went on for a long time,” said Söder of the delays.

“The time factor is crucial”said Söder. “If Israel, the US or the UK are way ahead of us in vaccination, they will also benefit economically. The question of how we cross the coronavirus economically is closely related to how quickly we end up with the vaccination ”.

The European Commission defended itself, pointing to the huge global demand for a vaccine. “The problem at the moment is not the volume of orders, but the global shortage of production capacity,” said the health commissioner. Stella Kyriakides, in statements to AFP.

Uğur Şahin, CEO of BioNTech, said that his company is working to increase production, but that “It’s not that quick and simple” working in Europe as elsewhere.

On Sunday, UK Prime Minister Boris Johnson said he expected to have tens of millions of vaccinations carried out in the first months of the year, while officials in Israel said two million people should be vaccinated by the end of January.

According to the Associated Press, the Government of the Netherlands was heavily criticized on Tuesday for the covid-19 vaccination plan that has the first vaccines scheduled to be administered this Wednesday, making it the last EU country. starting vaccination.

Prime Minister Mark Rutte He admitted that the government focused on preparations for the AstraZeneca vaccine, which has not yet been approved for use in the EU – and not on the vaccine produced by Pfizer-BioNTech.

“This is outrageous,” said Geert Wilders, leader of the largest Dutch opposition party. “It is not a strategy, but chaos – the total chaos – and the preparations were poor and late, ”he added, saying that the Netherlands is“ the stupid village in Europe ”.

Rutte regretted the Government’s lack of agility in adapting preparations. “I am very disappointed that we are two weeks late,” he said.

Dutch vaccinations started on Wednesday, with staff in nursing homes, people with disabilities and frontline health professionals. The Dutch nurse Sanna Elkadiri, 39, who works in a home where she cares for people with dementia, was the first person to be vaccinated in the Netherlands. “This is the beginning of the end of this crisis,” said the Minister of Health.

The Netherlands entered severe confinement in mid-December, with restrictions that closed all schools, bars, restaurants, theaters and other public places. Infection rates have declined in recent days, but remain among the highest in Europe.

Like most EU member states, France started vaccinating its population on 27 December. However, in the first six days of the vaccination campaign, only 516 people.

According to the AP, France’s cautious approach seems to have backfired, reigniting anger over the way the government is dealing with the pandemic.

The health minister promised, on Monday, increase the pace and made a late public appeal on behalf of the vaccine, saying it offers France and the world a “chance” to win a pandemic that has killed more than 1.8 million people. 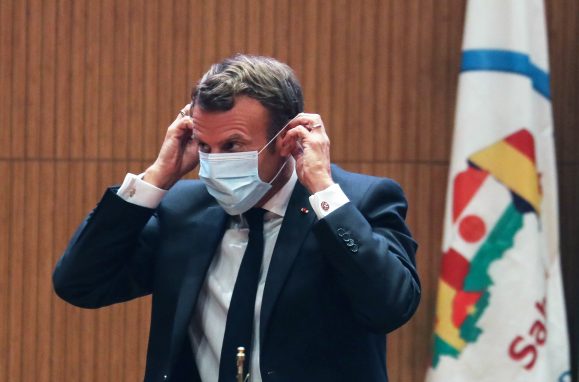 The slow implantation of the Pfizer-BioNTech vaccine was attributed to the mismanagement, lack of staff during the holidays and a complex consent policy designed to accommodate the unusually wide skepticism about the vaccine among the French public.

“It is a state scandal,” he said. Jean Rottner, president of the Grand-Est region in eastern France, where infections are on the rise and some hospitals are full. “Being vaccinated is becoming more complicated than buying a car”.

WHO recommends that 2nd dose be “delayed”

The World Health Organization (WHO) recommended this Tuesday that the administration of the second dose of the Pfizer-BioNTech vaccine be “late a few weeks ”in exceptional situations, to allow more people to access the first dose.

The recommendation is the result of this Tuesday’s meeting of the Strategic Advisory Group of Experts on Immunization (SAGE), which brings together 26 specialists from various fields and several countries and who, in recent months, has analyzed information on vaccines against covid-19 .

At a press conference, the head of SAGE, the Mexican Alejandro Cravioto, added that experts recommended that, in exceptional supply circumstances, the Pfizer-BioNTech vaccine be administered “between 21 and 28 days”. The recommendation to delay the second dose “by a few weeks” would allow “to maximize the number of people who can benefit from the first dose” of this vaccine, said Cravioto.

The organization, which deals with the technical evaluation of vaccines in the EU, points out that “vaccinees may not be fully protected until seven days after the second dose“, As Pfizer indicated after the clinical trials, he told the Spanish agency EFE the European Medicines Agency (EMA) spokeswoman Sophie Labbe.

However, the EMA does not prohibit extending the administration of the second dose of Pfizer vaccine against covid-19 until 42 days.