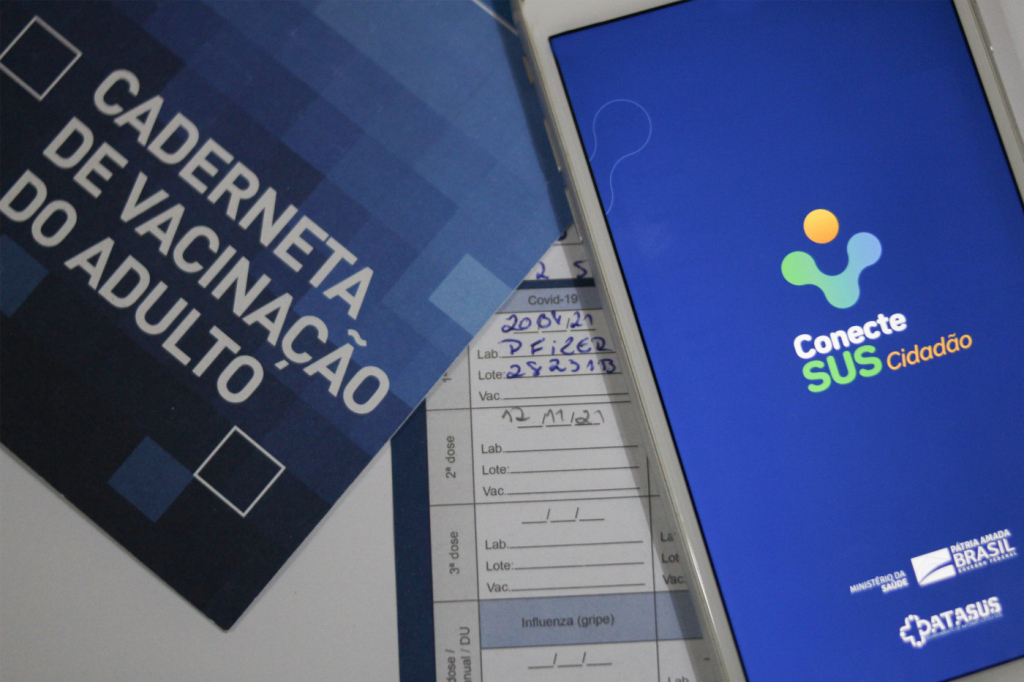 Mechanism applied in other countries is under discussion in Brazil and has already started to be used in some establishments in several cities, including the capitals São Paulo and Rio de Janeiro

Photo: JOAO GABRIEL ALVES/FRAME/ESTADÃO CONTENTAcross Brazil, to obtain the ‘vaccine passport’ it is necessary to access the digital platform of the Unified Health System called ConnectSUS

A 34th Biennial of São Paulo, the first since the beginning of the pandemic of Covid-19, opened its doors to the public with an extensive art exhibition at the Ciccillo Matarazzo pavilion, in Ibirapuera Park, on the last 4th. proof of vaccination against Covid-19”. As in this case, in the city of São Paulo it was decreed at the end of August that all events with 500 people or more must require the document as a condition, in order to ensure sanitary safety in crowded spaces. The call ‘vaccine passport’ is an idea that started to be applied, initially, in other countries, but which is already discussed in the Brazil and used in more than 200 municipalities, including the capital of São Paulo and the Rio de Janeiro. A vaccination certificate is a document that proves that an individual is immune to Covid-19 with two doses of one vaccine or with a single dose. According to a study released by the National Confederation of Municipalities this Friday, 1st, 213 Brazilian cities already use passports based on local decrees. Data were collected between the 27th and 30th of September.

English teacher Thulio Américo, 29, says he was taken by surprise when they asked him to present his vaccine passport to allow him to enter an event. Despite not having the document in hand, an alternative was presented by the organizers so that he could have access to the activities. “I would have to present the ‘vaccination passport’ at the entrance to the Bienal, but I didn’t know I would need it. I was able to show a photo of the proof of vaccination, that selfie that everyone took and posted. They checked my readable name with my ID and let me in. I thought it was wonderful, I felt much safer because I knew that everyone there was vaccinated. I wanted to have the same experience in other places, such as restaurants, where everyone takes off their masks”, he says.

The educator Emerson Ramalho, 28, was not so lucky. He was recently stopped at a country club in the municipality of Suzano, in the State of São Paulo, for not having proof of immunity against Covid-19. The establishment also offered the alternative of showing a photo of the vaccination card, but as he didn’t have it, he was unable to enter. “I was a bit surprised because I had never been asked for a ‘vaccine passport’ before. I still haven’t had the two doses and I didn’t have it on hand when asked. I thought it wouldn’t be necessary, I didn’t know they were asking for this document to be able to enter the places. As I couldn’t even prove the first dose, I was barred.” Despite the bad experience, the educator defends the measure. “I felt embarrassed, because I planned to go out, meet friends, have fun, but at the same time, I felt comfortable because I realized the safety of the environment”, he says.

Despite the possible problems that may arise, experts say the ‘vaccine passport’ can increase the level of safety in pandemic environments. This is explained by the head of the Department of Infectious Diseases at the São Paulo State University (Unesp) and consultant for Covid-19 at Brazilian Society of Infectology, Alexandre Naime. “A vaccinated person is less likely to have a severe Covid-19, and the lighter the condition, the lower the viral load. In other words, vaccinated individuals are protected against severe cases and deaths and transmit the virus less. In addition, vaccinated people show greater adherence to non-pharmacological prevention measures. As a result, access to establishments with proof of vaccination increases the concentration of people who are less susceptible to transmission of the virus in the area”, says Naime.

Initially, the idea of ​​a certificate to allow people access to events and establishments was put into practice by countries like Denmark and the European Union (EU) a few months ago. There, the document is requested in practically all closed environments, train and subway stations, bars, restaurants, gyms, hotels and museums. Unlike what happens in Brazil, in regions with low lethality and transmission rate of the new coronavirus, the presentation of the certificate allows people to be free from security measures such as the use of masks. In addition, the documentation is valid not only with certification of complete vaccination, but also negative tests for Covid-19, which must be re-run regularly, and proof of recovery from the infection. This is the case of the Covid Digital Certificate for the EU and the coronapass in Denmark.

Here in Brazil, the ‘vaccine passport’ has also been showing an effect on the immunization campaign. In the city of Rio de Janeiro, where the city hall decreed on August 18 that closed places, initially belonging to the public administration and then also gyms, cinemas, theaters, tourist attractions and others, require proof, there was an increase in the population’s demand for the immunizing agent. According to the municipal administration, in one month there was an increase of 82% in the search for the first dose of the vaccine compared to the previous 30 days; in relation to the second dose, the increase was 31% in the same period, with many people who were already behind on their vaccination period. Last Wednesday, 29, the Justice of Rio suspended the mandatory use of passports in the city, on the grounds that a “decree cannot prevent people from circulating freely in the city’s streets if they are not vaccinated”. However, the case was taken to the Supreme Court and Minister Luiz Fux responded to the request of the City of Rio this Thursday, 30, restoring the full effectiveness of the decree that institutes the “vaccination passport” in the city.

Despite the advantages promoted by the vaccine passport, the strategy is not yet capable of simulating a return to normality in Brazil, as occurs in European countries. In environments where everyone can prove immunity against Covid-19, there is still a need for non-pharmacological care, distance, the use of masks, hand hygiene. “Vaccination does not prevent a person from becoming infected. It alleviates, minimizes the severity of the disease. The chances will be smaller, but transmission remains possible, especially with the circulation of the Delta variant. We’re not going to have a return to normality when we don’t have 100% of the population vaccinated. The end of the pandemic, when we will be able to stop wearing masks, for example, will be when transmission of the new coronavirus is very low and, especially, when the disease has a very low lethality rate”, points out Alexandre Naime.

Where and how to obtain a Vaccine Passport

All over Brazil, people who have been immunized can access and download proof of vaccination, which can be used as a ‘vaccine passport’, by the platform ConnectSUS Citizen. The tool can be accessed virtually by website or application and requires a quick registration with personal data to identify the user. The documentation issued by the Unified Health System (SUS), based on data collected at the time of vaccination, already has a QR code that proves validity and veracity, in addition to allowing digital reading by establishments that require a passport to allow access by the population.

Katarina Vieira, 27, from Recife, says that her mother, Maria do Socorro, 58, is unable to issue the voucher through the SUS platform. “My mom doesn’t remember her password to log into ConnectSUS and I forgot to write it down. We tried to recover, but we couldn’t do it at all. We’ve tried everything. At all times, the application asks for proof of INSS or the bank, but it doesn’t work. I find it very strange because I tried to change my password and it worked without any problem. I got my proof of vaccination, not hers. The system has many problems. We are going to try to go to a health unit to try to solve it”, he says.

In a statement, the Ministry of Health informed that the application ConnectSUS Citizen is working normally on Android, iOS and web platforms. The folder states that vaccination posts in states and municipalities must record vaccination data through the information system integrated with the National Health Data Network (RNDS), to feed the information from ConectaSUS. Within 72 hours after sending the records to the network, the information must be available on the platform. Also according to the ministry, people who are unable to correctly access the proof of vaccination within 10 days after the date of immunization must seek the place of vaccination or the state or municipal health department to request registration and sending their correct data the net.

For those who were vaccinated in the city of São Paulo, it is also possible to issue proof of vaccination through the platform e-health SP, by application or desktop. To access, simply accept the terms of use and fill in the requested information: Individual Taxpayer Registration (CPF), date of birth, full name, e-mail and telephone number with area code. The app can be downloaded for free from the mobile shopping store. Those who were vaccinated in other cities in the State of São Paulo can have access to the document through the platform of the Saves time, also by website or app. Other Brazilian cities also already use their own local systems to issue proof of vaccination, as in the case of Recife.