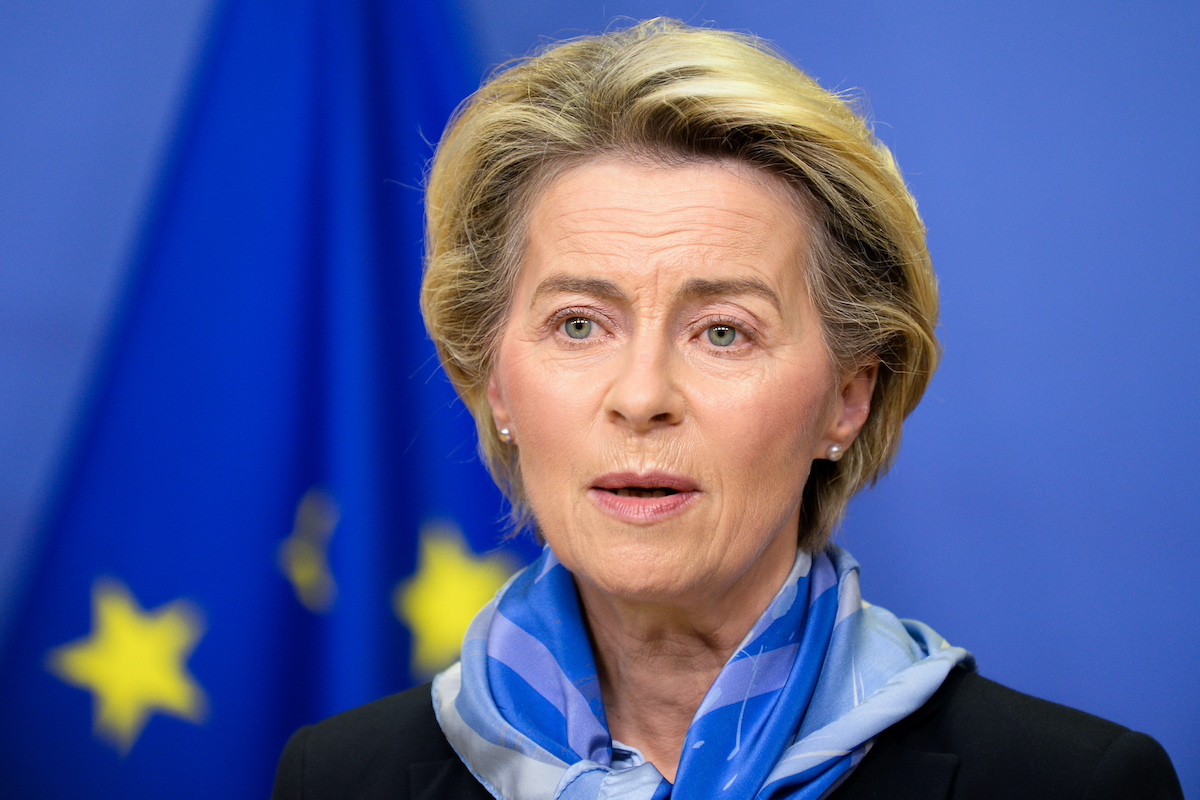 Ursula von der Leyen, President of the European Commission, presented this Wednesday to her College of Commissioners possible responses to the recent ruling by the Polish Constitutional Court that calls into question the primacy of Community law.

The Energy Commissioner, Kadri Simson, who went to the press room of the community executive to report on the decisions taken today at the meeting of the College of the Commission – including recommendations from Brussels for the EU to address the rise in energy prices – said that Von der Leyen announced that he still the analysis of the judgment by the Commission’s legal services is not complete, but the initial assessment points to the extreme gravity of the Court’s decision and added that the actions to be taken are already being considered.

“The college discussed the recent ruling of the Polish Constitutional Court on the compatibility of the Polish Constitution with certain provisions of the EU Treaties. The president began by underlining that our objective must be to ensure that the rights of Polish citizens are protected and that they can enjoy the benefits of the EU in the same way as all other citizens”, began by revealing.

According to the Estonian Commissioner, Von der Leyen “explained that a in-depth analysis, but indicated that the initial assessment points to very serious questions regarding the primacy of European law”.

The commissioner then said that, pending the final analysis, “the president has presented a number of possible options, ranging from, for example, launching a new infringement process, to using the conditionality mechanism to the rule of law” , under the current procedure under Article 7 of the Treaty, on serious violations of European values.

“The college will return to this issue once the legal analysis of the judgment is completed”, concluded the commissioner.

Last Friday, the day after Poland’s Constitutional Court ruled – at the Government’s request – that some of the laws included in the country’s EU Accession Treaty are incompatible with the Polish Constitution, the president of the European Commission warned that the European Union Treaties “are very clear” regarding the primacy of Community law and assured that Brussels will use “all powers” ​​to ensure its respect in Poland.

In a statement read by the community executive spokesperson at the start of the Commission’s daily press conference, Ursula von der Leyen expressed “deeply concerned” by the ruling and revealed that she had instructed Commission services to “to analyze the decision thoroughly and quickly”.

Stressing that “the EU is a community of values ​​and laws” and that this is what “unites the Union and makes it strong”, the German leader assured that Brussels will defend “the founding principles of the Union’s legal order”, not least because it is that’s what the 450 million European citizens expect.

“Our Treaties are very clear. All judgments of the European Court of Justice are binding on all authorities in the Member States, including national courts. EU law takes precedence over national law, including constitutional provisions. This is what all EU Member States have signed as members of the European Union. We will use all the powers conferred on us by the Treaties to ensure this”, he concluded.

In an interview with Lusa, released today, the European Commissioner of Justice defended that “Poland’s place” is in the EU, despite the tensions between Brussels and Warsaw, and rejected a scenario of ‘Polexit’ – the name given to the eventual departure of Poland of the EU, inspired by ‘Brexit’ -, remembering the “protests in Poland over the weekend” last, in support of community integration, which had tens of thousands of Polish citizens, which he considered “encouraging”.

Didier Reynders he assured, however, that “the Commission will continue to play its full role as guardian of the Treaties, taking decisive, appropriate and proportionate measures to defend EU law when and if necessary”, adding that, in this specific case,” the decisions will not be taken lightly”, not least because it is “an unprecedented situation”.

“First, we have to analyze the decision very carefully and only then will we decide on the next steps”, said Reynders in a written interview with Lusa, noting that “the judgment was only published this Tuesday”, 12 October.

The Court ruled after several postponements and at the request of the Polish Government, which asked for its opinion on the prevalence of Polish law or European law in the event of a conflict between the two, in a dispute that has been going on for several months between Warsaw and the Community institutions.

The decision was approved by three of the five magistrates who are part of this judicial instance.

According to the Polish TC, “the EU does not have the competence to assess Polish justice and its functioning”, thus rejecting Brussels’ demands on the abolition of the judicial reform that the Polish Government promoted in 2015.

The sentence was announced after four postponements and at a time when the legal conflict between Warsaw and the EU is going through one of the most critical moments.

On September 15th, Jaroslaw Kaczynski, leader of Law and Justice (PiS, the ultra-conservative formation in power), declared that the possibility of Poland’s withdrawal from the EU was “a propagandistic idea that was often used against the Government”.

Kaczynski also added that, despite statements by members of the Government about the incompatibility of EU decisions and rules with those practiced in Poland, he considered “clearly” that “Poland’s future is to remain in the European Union”.