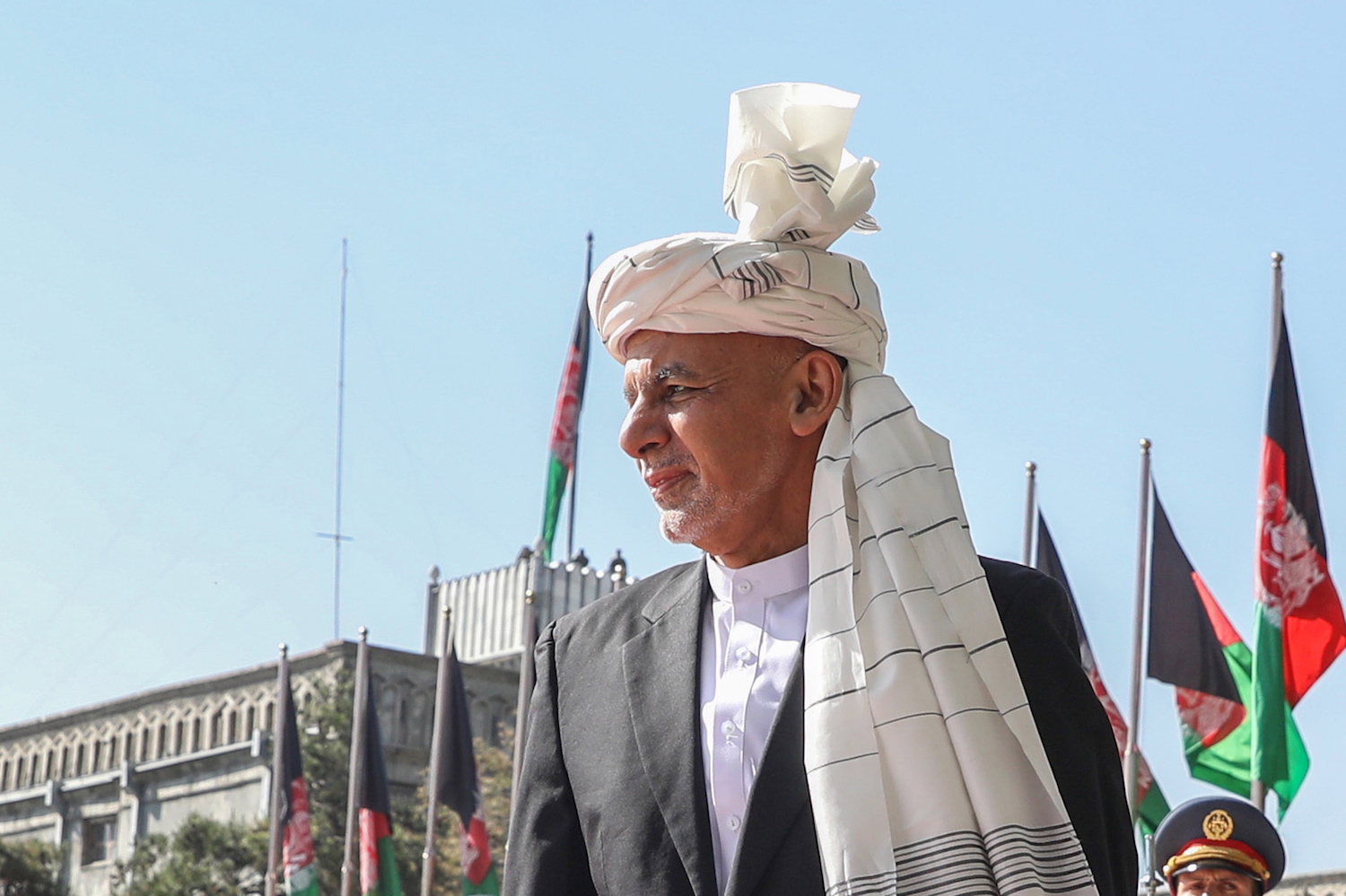 Former President of Afghanistan, Mohammad Ashraf Ghani, in front of the Presidential Palace in Kabul

The former president of Afghanistan, whose flight opened the door to Kabul and power to the Taliban, apologized to the Afghan people on Wednesday for failing to secure a better future for the country.

“And with a deep lament that my own chapter ended with a tragedy similar to that of my predecessors, without ensuring stability and prosperity. I apologize to the Afghan people for not having managed to make things end differently,” Ashraf Ghani said in a statement.

The statements by the former president, who took refuge in the UAE to “avoid a bloodbath” in his country, follow statements by the European Union and the United States, which reacted negatively to the composition of the interim government Afghan, which includes the Taliban old guard but no women, and contradicts promises to open up the regime.

The Taliban announced the new interim government this Tuesday, more than three weeks after Afghanistan took power. Mohammad Hassan Akhund will be prime minister and Abdul Ghani Baradar, co-founder of the group, will be number two in the Executive.

Several of the new ministers are included on UN sanctions lists and four were held in the US prison at Guantanamo, Cuba. The Interior portfolio was assigned to Sirajuddin Haqqani, defined by Washington as a terrorist and historically next day Al-Qaeda.

In announcing the government, Taliban spokesman Zabihullah Mujahid said that it was “not yet complete” and that the movement would try to include “people from other regions of the country”.

The return of the Ministry for the Promotion of Virtue and the Repression of Vice, which introduced harsh repressive measures in the 1990s, has also raised concerns.

In a statement, a spokesman for the European Union diplomacy indicated that, “after a first analysis of the announced names, this does not resemble the inclusive and representative formation of the rich ethnic and religious diversity of Afghanistan” that they had hoped to see and that the Taliban had promised in recent weeks.

The spokesman also recalled that this was “one of the five conditions established” to establish relations between the European bloc and the new Afghan government.

The United States, on the other hand, also denounced the absence of women and manifested “worry” by the “affiliations and backgrounds of some of these individuals”, despite indicating that they should be evaluated “by their actions”.

Today, US Secretary of State Antony Blinken is due to meet in Germany with his counterparts from 20 countries involved in the chaotic withdrawal from Afghanistan, to coordinate their positions.

In Paris, and in a reaction released this afternoon, the French Executive also considered that “acts coincide with words”, in a reference to the composition of the new administration in Kabul.

China, one of the few countries to keep its embassy in Kabul open, chose to welcome the formation of a government, which puts an end to “more than three weeks of anarchy”.

In parallel, Iran insisted on the need to train “an inclusive government” to achieve peace in the country.

“Ignoring the need to establish an inclusive government, foreign intervention and the use of military means instead of dialogue (…) are the main issues that should concern Afghan friends”, indicated the secretary of the Supreme National Security Council of Iran, There Shamjani.

After nearly two decades of the presence of US and NATO military forces, the Taliban seized power in Kabul on 15 August, culminating a rapid offensive that took them to control the capitals of 33 of the 34 Afghan provinces in just 10 days.