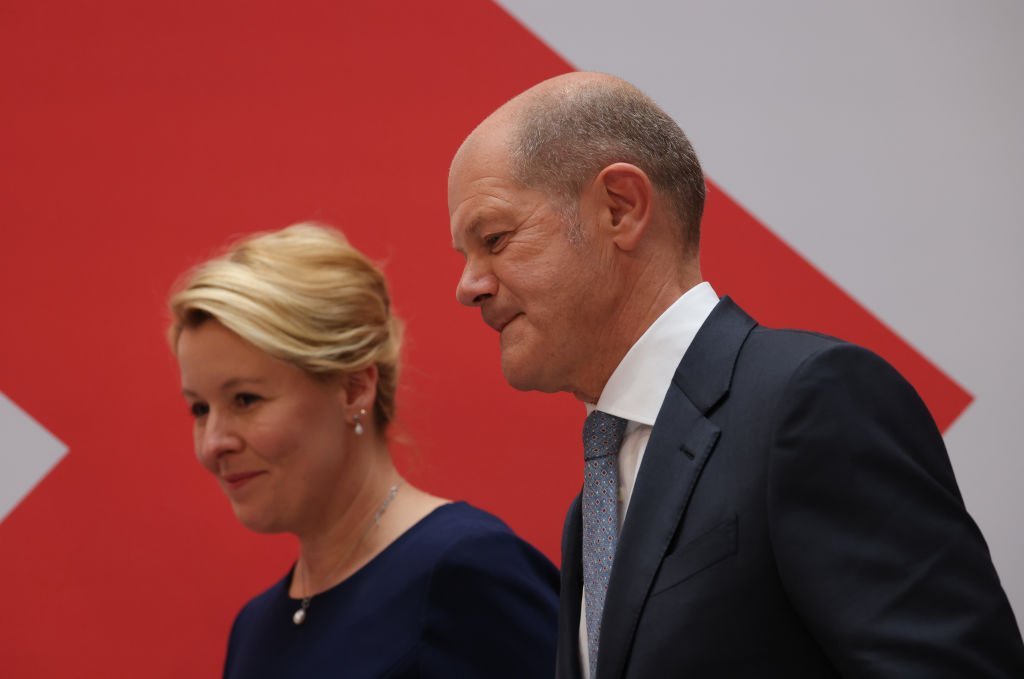 Until recently they were considered moribund, but the victory of the Social Democrats in the legislative elections in Germany shows the rebirth of a party that knew how to silence internal differences and take advantage of the end of the era Angela Merkel.

According to the official results released this Monday (27), the SPD won the elections by a small margin, with 25.7% of the votes against 24.1% of the Union (CDU/CSU), Merkel’s center-right alliance and that has as a candidate for chancellor Armin Laschet.

The de facto leader will be chosen after coalition discussions, but the SPD’s rise to the top is already considered a victory for the party. The SPD had been overshadowed in recent Merkel governments by participating in the ruling coalition.

The oldest party in Germany also managed to retain the prestigious city hall of the capital, Berlin, and won nearly 40% of the vote in regional elections in Mecklenburg, east of the country.

The SPD has come a long way. Twelve months ago, polls indicated that the party had less than 15% of voting intentions.

“Many analysts considered him more or less finished and that he would go into opposition to heal his wounds,” says Sudha David-Wilp, a political scientist at the German Marshall Fund research center in Berlin.

The formation carried the weight of the legacy of the liberal-inspired policy applied at the beginning of the century by Chancellor Gerhard Schröder, something difficult for the “workers’ party” to digest. Mainly the unpopular labor market reform, which reduced unemployment but weakened the sector.

Furthermore, the party seemed doomed to founder by internal disputes between the left wing and the centrist, as well as the loss of its identity, after participating in coalitions with the conservatives.

The existential crisis worsened after the crushing defeat in the 2017 legislative elections (20% of the votes) and the decline in the European elections in 2019.

For lack of options, three and a half years ago the party resigned itself to renewing its association with Angela Merkel, but it ended up very divided and weakened.

The party swapped two presidents in record time, before nominating in 2019 a group of left-wing unknowns to block centrist Olaf Scholz’s ambitions.

The movement seemed to seek salvation from the SPD with a shift to the left, as Labor in the UK or the Socialists in France did for a while, but eventually it chose Finance Minister and Vice Chancellor Olaf Scholz as its leader.

Because history shows that the center is what makes it possible to win elections in Germany. And the party won the bet. The calculation was a success, as the backlash of the German radical left on Sunday demonstrates.

The SPD’s victory is a balm for European social democracy in crisis. The movement is close to ruling Germany, already in power in Sweden, Denmark and Finland, and perhaps soon in Norway.

But a big question remains: will the party’s unity resist?

It is possible that the left wing does not appreciate the inevitable compromises Scholz will have to accept with the liberal FDP party if he wants to form a majority coalition, which would also add the Green Party.

The FDP, a party more to the right than Angela Merkel’s, opposes, for example, any increase in taxes and higher income taxation. And the SPD campaigned for a wealth tax.