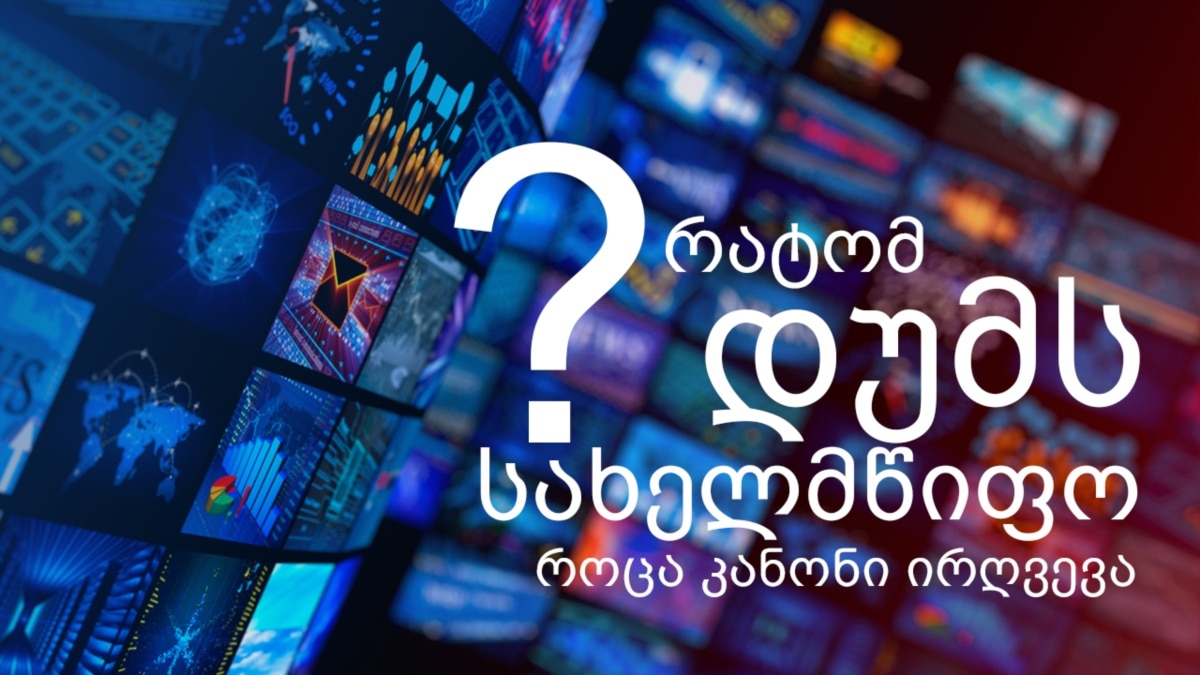 The “March of Dignity” scheduled for July 5 in Tbilisi failed, with radical groups attacking the buildings of the Tbilisi Pride, Shame and Human Rights Center, and occupying the area in front of the parliament.

Radical groups have reportedly severely physically assaulted about 50 journalists. Some of the injured journalists underwent emergency surgery. Journalists and cameramen have suffered physical injuries mainly to the face. Almost all media organizations are among the injured.

Rallies by violent groups have been planned in recent days. Various radical groups disseminated information through online platforms and the media organization Alt Info. This is inadmissible under Georgian law.

The second paragraph of Article 56 of the Law on the Broadcaster reads:

2. The broadcasting of programs that pose a clear and direct threat of incitement to racial, ethnic, religious or other form of incitement, discrimination against any group or violence is prohibited.

Despite this recording, in recent weeks Alt Info has been urging the public to take part in the rally and not allow Tbilisi Pride representatives to march in honor.

Statements containing direct violence were heard on the air. And the programs always had the caption “We are preparing against the LGBT Pride on July 5 at the Kashveti Cathedral.”

“We will break your back”, “Be afraid”, “We will not allow you to hold a parade” – said the live presenters. At the same time, the faces of the organization were involved in various violent rallies after July 1.

On the morning of July 5, Alt Info aired a rally of violent groups in which they were actively involved. Threatening statements and swearing were heard during the broadcast. The scenes showed various scenes of violence uncovered. Violence, in which Alt Info employees were also involved.

Zurab Makharadze, an employee of Alt Info, was involved in the beating of Formula One journalist Rati Tsverava. He can be seen in the footage that was broadcast on various televisions. Makharadze himself says that he was trying to escape.

Despite the fact that the situation in various districts of Tbilisi today was extremely tense and there was an instant threat, statements and calls of “homophobic” content continued to be broadcast on the media.

“Nobody will remember Aci 2013, Aci Magati nightmare is 2021,” said Zura Makharadze, who addressed the protesters after dozens of journalists were taken to hospital and postponed to the “March of Dignity”. “You are obliged to use violence,” said a protester who addressed violent groups in front of parliament. (Excerpts removed from Alt Info on July 5)

The third paragraph of Article 56 of the Law on the Broadcaster reads:

3. The transmission of programs aimed at insulting, discriminating against, or specifically emphasizing a person or group’s physical ability, ethnicity, religion, worldview, sex, sexual orientation or other qualities or status, unless specifically necessary Based on the content of the program and aims to illustrate the existing conflict.

Most of the cases listed in this paragraph have been repeatedly violated by Alt Info representatives only during the last 2 weeks of live broadcasts, but the state is silent. It is silent when the law on the broadcaster is violated by a channel that can be monitored by people of any age and receive distorted information.

According to the findings of various non-governmental organizations, Alt Info talks about the vicious sides in Europe and America and often provides the public with distorted information.

“Alt Info” was registered by Konstantine Morgoshia on January 30, 2019.

The co-founders and TV presenters of the organization are Zurab Makharadze, Shota Martinenko, Irakli Kizilashvili and Giorgi Kardava. They took an active part in today’s violent action.

According to ISFED research, Alt Info’s main editorial tools are “lies” and “manipulations”.

“Alt-Info’s editorial team shares ultra-right, conservative views … and their anti-Western rhetoric is directed against globalization, the European Union and liberalism,” the report said.

In 2020, Facebook deleted 50 accounts related to the organization, 49 websites, 4 groups, 8 events and 19 Instagram accounts. Nevertheless, the organization is now spreading homophobic, violent and misleading information through other sites.

Will there be a response to the violations? In what form and when? The Voice of America will address these questions to the relevant government agencies in the near future and offer their statements.

The Ministry of Internal Affairs has already launched an investigation into the violence, but so far only one person has been arrested for injuring a Polish tourist.