Two teams from two different Chinese cities facing each other in a badminton match might not seem unusual. On Chinese territory, these teams face each other all the time. However, this match took place in the semifinal of the modality during the Tokyo Olympic Games. To the China, being able to field two different teams on the field seems to be the best of both worlds. In addition to the continent’s red uniform, we can also see the royal blue of Hong Kong.

The multiple formation of teams in China in Olympics — the equivalent, for example, to the United States put a national team and another team of athletes exclusively from New York — never been a big problem… until now in Tokyo.

First of all, Hong Kong is winning medals like never before. Tokyo is being the most successful game of all time for the city of 7.5 million people on the south coast of China. The gold medal in men’s fencing this week, with athlete Edgar Cheung, was Hong Kong’s first since the former British colony was taken over by China again in 1997.

When windsurfer Lee Lai Shan had so far won Hong Kong’s first and only gold at the 1996 Atlanta Games, “God Save the Queen” was played during a medal ceremony. In Tokyo, it was the anthem of China (“March of the Volunteers”). Currently, even with the team division, the anthem played during the podium in Hong Kong is still Chinese.

And it’s not just Hong Kong: Should athletes from the Pacific Island of Guam or the US Virgin Islands in the Caribbean take the podium in Tokyo, the anthem their athletes would hear would be the US anthem, “The Star Spangled Banner.” As US territories, they compete under their own flags in games such as Hong Kong. American Samoa and Puerto Rico also have their own teams.

Swimmer Siobhan Haughey, born in Hong Kong, also won two silver medals in Tokyo, becoming the first athlete to win more than one medal for her city. Its combined collection of medals surpasses the gold, silver and bronze that Hong Kong has amassed in all of its previous performances since its Olympic debut in 1952.

But the success also raises a question: is it fair that China – with one team called China and the other Hong Kong, China – is clinching multiple paths to Olympic podiums? Instead, athletes from Hong Kong should they be included in the China national team – how, for example, are athletes from Scotland, Wales and some from Northern Ireland on the Great Britain team with the English?

It could even be argued that China is extremely privileged to have three teams in the Games, if it is taken into account that the island of Taiwan it is also part of their territory. To avoid a battle with Beijing, Taiwan was called to compete in the Olympics as “Chinese Taipei”, the name given to the island’s capital on China’s east coast that has ruled itself since 1949.

But Cheung’s gold medal also brought heated political debate, as crowds in the territory booed and shouted “We are Hong Kong” during the Chinese national anthem, which played when he received his medal on the podium. Police opened an investigation and claimed to have arrested a person who waved the colonial-era Hong Kong flag at the scene for “insulting the national anthem.” 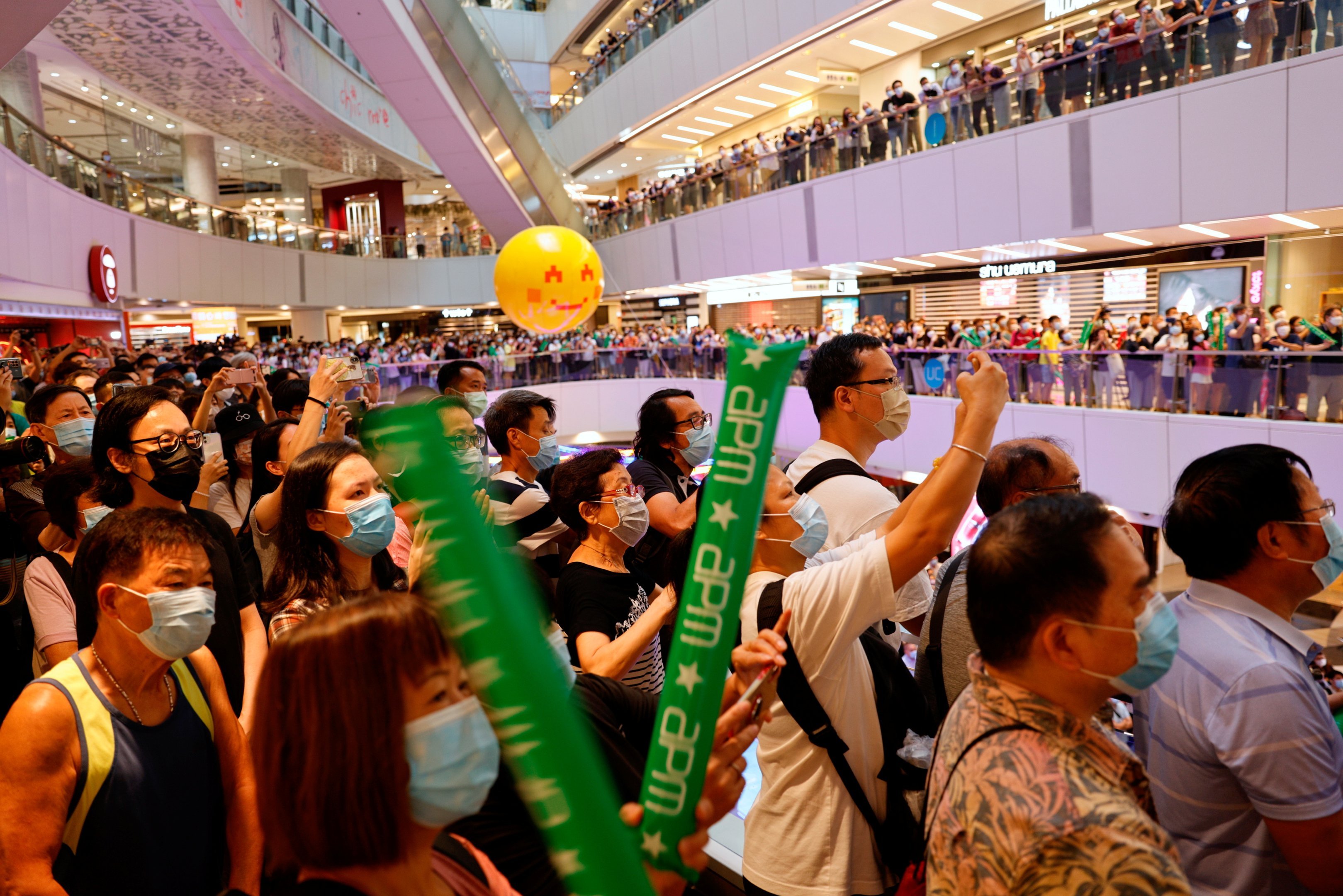 The move, seen as an act of resistance, was a reminder of the strong discontent in the Asian financial center despite Beijing’s crackdown on dissent after anti-government protests in 2019. Last year, China imposed a new, tougher security law on Hong Kong, which ended up taking a man to prison on Friday. This was the first case of arrest based on the new national security law.

“Hong Kongers want to be independently represented at sporting events as this helps to increase their community and sense of belonging,” Nathan Law told the Financial Times, a Hong Kong opposition leader based in Greater Britain. Brittany. “As Hong Kong has a distinct culture and community, they must continue to be represented by their own team.”

But, according to information from the FT, the president of the Hong Kong National Olympic Committee asked the athletes to ignore the controversies. “There was an understanding in China that Hong Kong had an identity separate from the mainland and there were no plans to integrate the city’s team with that of its neighbor,” he said. “They have [1 bilhão] of people, we only have 7 million. I am very proud of this success. Sport will be a very important part of Hong Kong’s development.”

After all, what happened?

It’s important to remember that Hong Kong is significantly different from other Chinese cities. To understand this, it is necessary to look at the historical context of the region. Hong Kong was a British colony for over 150 years – part of the island was ceded to the United Kingdom after a war in 1842. Later, China also leased the rest of Hong Kong – the New Territories – to the British for 99 years.

It became a busy trading port and its economy took off in the 1950s when it became a manufacturing hub. The territory was also popular with migrants and dissidents fleeing instability, poverty or persecution in mainland China.

Then, in the early 1980s, as the 99-year lease term approached, Britain and China began negotiations on the future of Hong Kong – with the Chinese communist government arguing that all Hong Kong should return to China’s rule.

The two sides signed a treaty in 1984 that would return Hong Kong to China in 1997 under the principle of “one country, two systems”. This meant that, although Hong Kong would become part of a country with China, it would enjoy “a high degree of autonomy, except in foreign affairs and defense” for 50 years. As a result, Hong Kong has its own legal system and borders, and rights, including freedom of expression and freedom of the press, are (theoretically) protected. 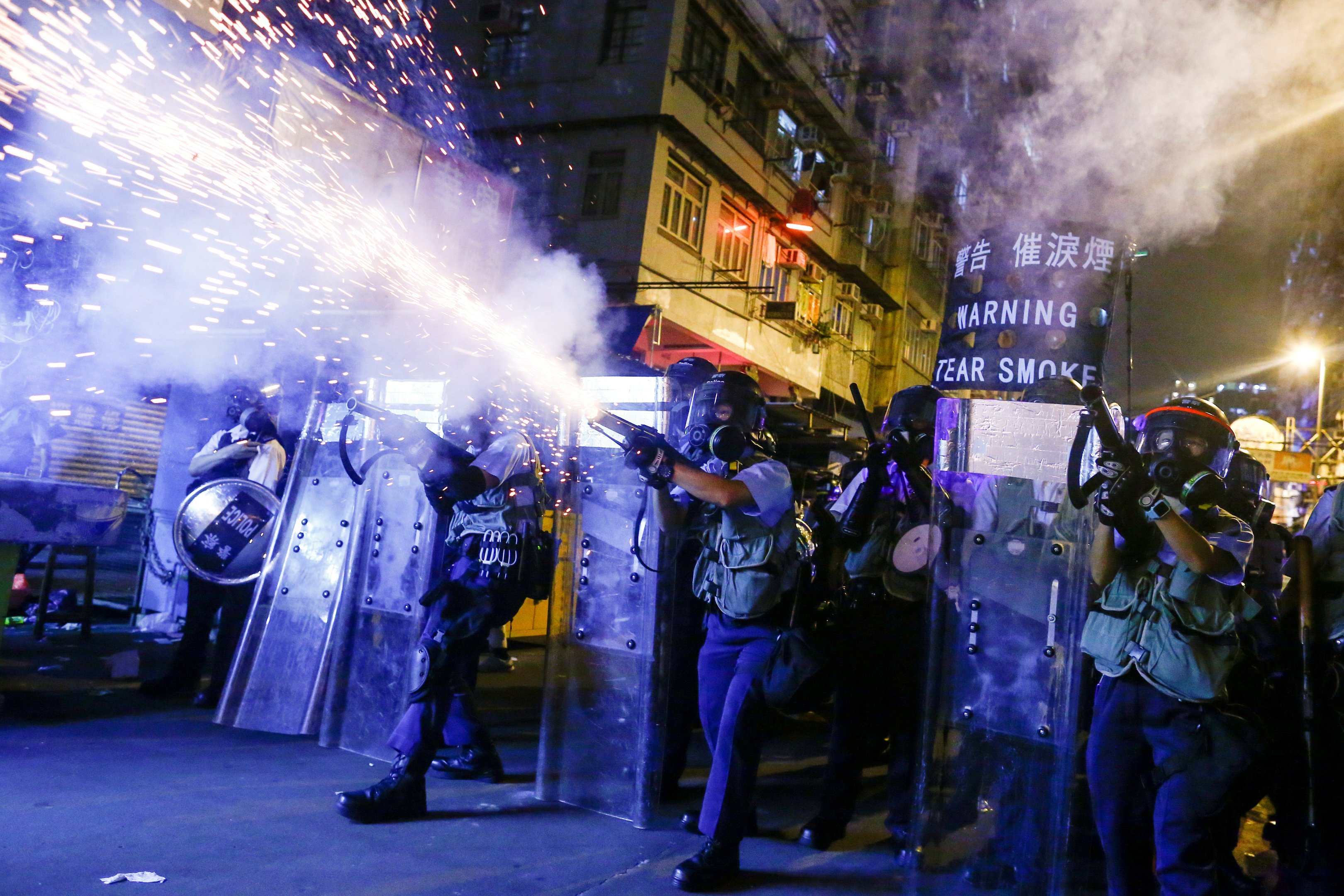 Police crack down on protests in Hong Kong in 2019. (Thomas Peter/Reuters)

In 2019, with increased tension between regions due to extradition law, there were numerous protests accusing China of meddling in Hong Kong, as well as allegations of violations of human rights and press freedom. Protesters called for broader demands for democratic reform and an inquiry into alleged police brutality.

Tensions rose again after, in 2020, Beijing decided to enact the new national security law to Hong Kong, which was seen as a threat to fundamental political and civil liberties.

So far, Hong Kong’s Olympic future looks solid. But for how long? “There has been no discussion of the status of Hong Kong as far as I know,” International Olympic Committee spokesman Mark Adams said on Friday. “I see no reason why it shouldn’t continue.”