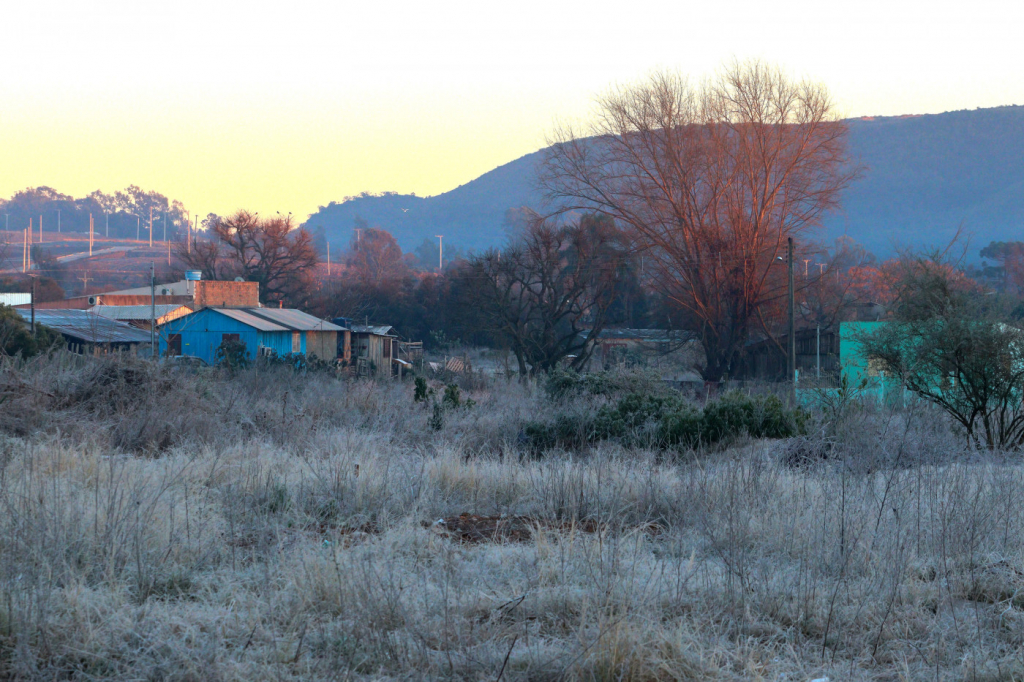 Snow is expected for the 28th and 29th of July in some parts of the southern region; frost alert is high for next week

The cold front arrived in Brazil this Monday, 26, and promises to bring negative temperatures, frost and snow. According to the Weather, the cold front is associated with a cold air mass of polar origin very strong and one extratropical cyclone, which will allow the formation of winter precipitation. The combination of an extratropical cyclone close to the coast of the South Region, at the same time that a lot of cold air enters, is the ideal situation for the formation of clouds that may contain snow. The cold front arrived this Monday at the Rio Grande do Sul, with rain and drop in temperature in the state.

On Tuesday, the 27th, rain clouds and cold air are expected to spread over Santa Catarina, Paraná and by the west and south of Mato Grosso do Sul. On Wednesday and Thursday, 29, the cold front advances over the states of the Southeast and Midwest. Rainfall will occur punctually in a few areas of some states. The cold air of polar origin should reach Rondônia, Acre and south of Amazons at the end of the week. Also on Thursday, the meteorology company predicts that this cold front will already have an effect on the south of the For, Tocantins and west/south of Bahia, stimulating some cloudiness, but low chance of rain. Over the weekend, the air mass will continue its displacement over the Northeast, stimulating precipitation across the east of Bahia and Sergipe.

Will there be a temperature below zero in the country?

The cold peak should happen between the 29th and 30th of July. According to Climatempo, this cold wave will be as intense as that observed between the 19th and 21st of July 2021, especially in the southern region of Brazil. The company also estimates that a new record for the lowest temperature in 2021 can be established, probably in the Santa Catarina or Rio Grande do Sul mountains, with some value between -8°C and -10°C. Currently, the lowest temperature of the year happened on July 20, when Urupema, in Santa Catarina, registered -8.2°C. In addition to the three southern states, São Paulo, Mato Grosso do Sul, Sul de Minas Gerais and the south of Rio de Janeiro they may also register negative temperatures.

Are there chances of snowing?

Snow is expected for the 28th and 29th of July in the plateau and mountain ranges of Rio Grande do Sul, southern plateau, mountain range, northern plateau and mid-west of Santa Catarina, and in southern Paraná. Climatempo has not yet completely ruled out some winter precipitation in the extreme south of Rio Grande do Sul, in the region between Pelotas, Bagé and Chuí. In addition to snow, it should frost in the southern region, as well as in São Paulo, in Mato Grosso do Sul, in the south of Minas and there are also conditions for frost in the south of Rio de Janeiro and in the mountainous region of Rio de Janeiro. “On a frost alert scale, the risk is very high in the southern states, including severe frost; high risk in the south of Mato Grosso do Sul and in the west and south of São Paulo and in Mantiqueira; medium risk in the mountainous region of Rio de Janeiro and in Greater São Paulo”, adds the meteorology company. The frost alert is important so that farmers can predict possible damage to crops. 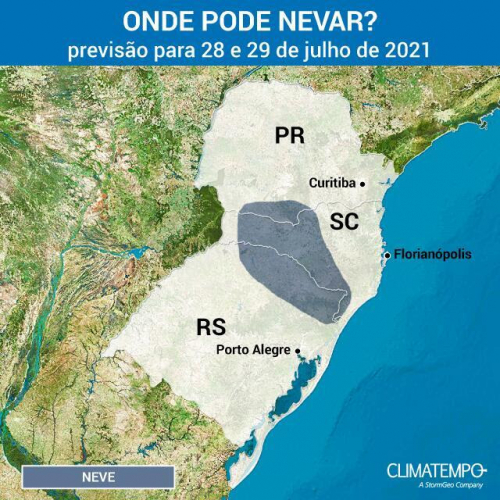