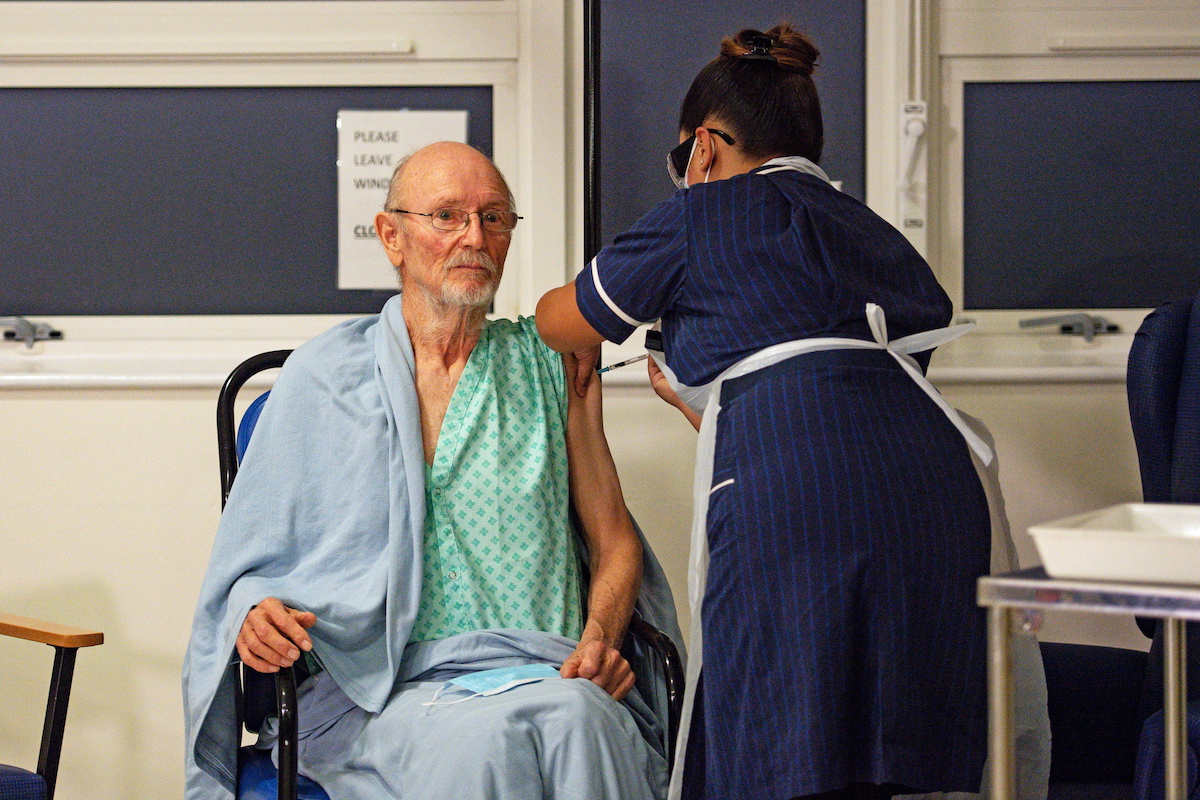 William Shakespeare, first man to receive the covid-19 vaccine in the UK

The first man in the world to receive the covid-19 vaccine died at the age of 81. The Briton received the vaccine from Pfizer / BioNTech on December 8, at Coventry and Warwickshire University Hospital in the United Kingdom.

Last Thursday, morreu William Shakespeare, the second person in the world to be vaccinated against covid-19. The death of the Brit, known as Bill, is unrelated to the vaccine.

Shakespeare received the vaccine from Pfizer / BioNTech on December 8, at Coventry and Warwickshire University Hospital in the UK, minutes after Margaret Keenan, 91, was vaccinated.

According to the BBC, the death was confirmed by a Coventry politician, who was a personal friend of Bill Shakespeare. In the farewell message, the representative says that “the best tribute to Bill is to be vaccinated”.

Coventry Hospital later confirmed that the death was due to a Stroke.

Shakespeare’s wife Joy said the husband was very grateful that he was one of the first people to be vaccinated worldwide. “It was something he was really proud of, he loved seeing media coverage,” he said.

When he was vaccinated on December 8, the Briton said be very “very happy”.

“It is incredible to watch the vaccine, it is incredible to see this tremendous impulse for the whole nation, but we cannot relax”, he declared. But we have not yet “defeated the virus,” he said, before asking everyone to accept the injection without fear.