With cases on the rise, Czech Republic does not extend emergency

The sixth and final season of Supergirl already has a date to debut in the United States. With...
Read more

The Parliament of the Czech Republic, one of the countries with the highest contagion rate for covid-19 in Europe, has rejected the Government’s request for a minority coalition to extend the current state of emergency.

The Czech Republic is one of the countries with the highest rate of contagion with the virus that causes covid-19 in Europe, but Parliament rejected the Government’s request led by the tycoon and liberal populist Andrej Babis to extend the current state of emergency, necessary to implement restrictions and other measures against the pandemic at the national level.

“The state of emergency does not solve the quality of life country or the effectiveness of the measures. It is a blank check that allows the government to change social behavior patterns from one hour to the next. This affects 10 million people, ”said opposition leader Ivan Bartos of the Pirate Party.

The decision means that national measures, such as the closure of stores and non-essential entertainment venues, as well as restrictions on the movement of people, including the current night curfew, will no longer apply from midnight on Sunday to Monday.

Furthermore, vaccine distribution and logistics will be delivered to regions, whose governments will be able to declare a state of risk in their territories, enabling them to take local measures to alleviate the critical situation in their respective hospitals.

“We are fighting another type of virus and now we are withdrawing the government’s weapon to combat it, ”Interior Minister Jan Hamacek appealed to the Chamber, in reference to the Sars-CoV-2 mutations, which are 40% more resistant.

The Communists, whose support has allowed the coalition of populist and social democratic liberals to prolong the state of emergency on five occasions, have not now offered their support to the Executive, after they have not seen their requirements met for the opening of schools and ski resorts.

In the Central European country, where the state of emergency has been in place since October 5, around 10,000 cases continue to be reported daily, with almost 100,000 active contagions, about 20 times more than in neighboring Austria, which has a similar population. About 5,800 people are hospitalized, including more than 1,000 in critical condition.

According to the latest data, the rate of contagion accumulated in the last two weeks is 914 per 100,000 inhabitants, the second highest in Europe after Portugal, while the mortality rate is 176 per million inhabitants, just behind Portugal and Slovakia.

Perimeter closures of three provinces in the north of the country were enacted, with incidences between three and four times above the country’s average: two bordering Germany and the other with Poland, due to the high incidence.

The President of Guinea-Bissau, Umaro Sissoco Embaló, revealed that he was infected with the new Coronavirus and that “Almost died” of the disease, which left him with sequelae, although he is now in “good health”.

Umaro Sissoco Embaló made the revelation when he arrived at Osvaldo Vieira International Airport, in Bissau, coming from Dakar, Senegal, where he had gone for medical control.

“A year ago I passed the coronavirus, which is a disease that should not be hidden, it is normal,” said the head of state, adding that he suffered a “pulmonary” stroke. “It was a very serious thing, I could have died, there are still consequences, but there is nothing disturbing because everything is normal with me”. 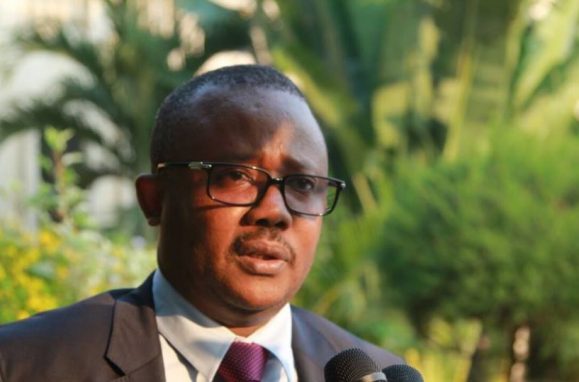 The Guinean President said that since that time he has gone abroad for routine checks, which he did in France, but lately he decided to move to Senegal.

It was the first time that Umaro Sissoco Embaló addressed to the media the fact that he was infected with the new coronavirus, even though he regularly appears in awareness campaigns, through Guinea-Bissau Television, to urge the population on ways to prevent the spread of the disease.

Guinea-Bissau recorded a cumulative total of 2,869 cases, including 46 fatalities due to covid-19. Following the increase in cases that have been recorded since the beginning of the year, the Guinean government decided to decree the state of calamity until February 23, close school establishments and cancel carnival celebrations.

The deadline for representatives to show interest in joining the consortium ended on Friday; in all, 24 capitals are on the final list...
Read more

Eric Swalwell claims that the January invasion of the Capitol was a direct and predictable consequence of the former president, who would therefore be...
Read more