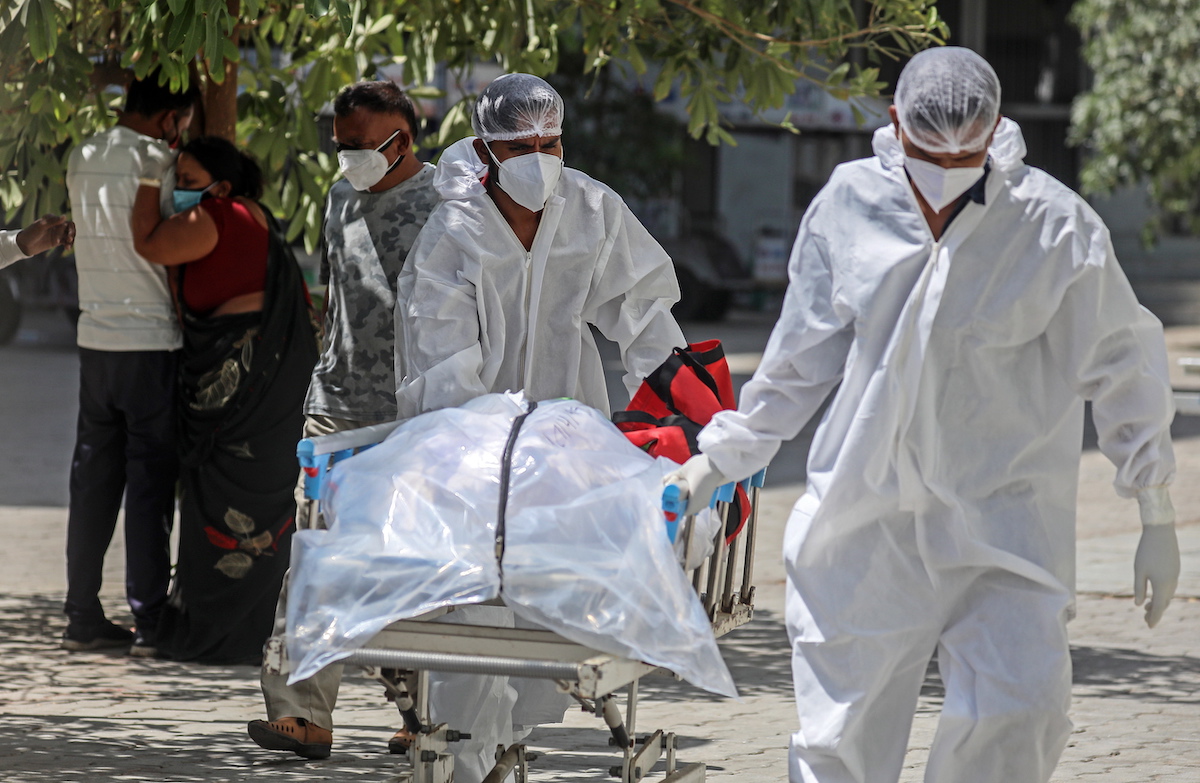 A rare fungus that invades the brain is increasingly being seen in vulnerable patients in India, including those with covid-19.

This Sunday, the Indian health ministry released a statement on how to treat the infection. In the state of Gujarat, about 300 cases have been reported in four cities, including Ahmedabad, according to data from public hospitals.

The infection, called mucormicose, “It is very serious, has a high mortality and surgery and many drugs are needed to overcome it when it is installed”, said Peter Collignon, which is part of the World Health Organization (WHO) expert committee on resistance to antibiotics and infectious diseases, cited by the British newspaper The Guardian.

The disease is caused by a group of fungi, called mucormicetes, that live in the entire environment. Mucormycosis is observed worldwide and can be acquired in hospitals – usually by patients vulnerable to transplants – when fungi enter hospital sheets, pass through ventilation systems or are transmitted by adhesives.

“They are a family of fungi that enter the sinuses and settle there, being able to enter the air spaces of your head”, explained Collignon. “When your immune system can’t keep them under control, invade the base of the brain, where it becomes a real problem, and really very serious ”.

Fungal spores are usually inhaled and, although most people’s immune systems manage to ward them off, people with diseases like diabetes or leukemia, which weaken the immune system, or who take drugs that decrease the body’s ability to fight germs, like steroids, they are prone to spores that turn into an infection.

According to Collignon, covid-19 is a create conditions for the infection to settle. The people’s immune system was being compromised by the virus and mucormycosis is being seen particularly in patients who also had diabetes.

“We give a lot of high-dose steroids now to people with covid-19 if they end up in intensive care, as steroids help treat inflammation, but steroids, unfortunately, also suppress their immune system,” said the expert.

Furthermore, in India, the health system is under intense pressure and the environments crowded and tight are giving opportunities to the infection to settle.

Symptoms include pain and redness around the eyes and nose, fever, headache, cough, vomiting with blood, black and bloody nasal discharge, pain on one side of the face and sinuses, blackish discoloration on the nose, toothache and painful, blurred vision.

According to the specialist, mucormycosis is expensive and difficult to treat. The mortality rate is over 50%. Mucormycosis patients receive antifungal drugs that can be quite toxic.

“Surgery is needed to clean the source of the fungus, which is usually the sinus of the face, and the back of the throat at the back of the nose,” said Collignon. “You have to go in there and remove all the fungal material. This surgery can be in very delicate places like the base of the brain ”, he explained.

The WHO announced on Wednesday that it had detected the variant, responsible for the outbreak of cases of covid-19 in India, in dozens of other countries from all over the world.

Variant B.1.617, which first appeared in India in October, was detected in “44 countries in the six WHO regions”, said the organization, which added that it had received “detection notifications in five other countries”.

In addition to India, the highest number of cases of infection with variant B.1.617 was detected in the UK.

This week, WHO classified this variant of the new coronavirus as “of concern or global interest” because studies indicate it is more contagious than the original virus. Named as one of the reasons for the outbreak in India, the most serious at the moment worldwide, variant B.1.617 joined the list of three others, which appeared for the first time in the United Kingdom, Brazil and South Africa .

These variants are considered more dangerous than the original version of SARS-CoV-2 because they are more contagious, deadly or resistant to certain vaccines.