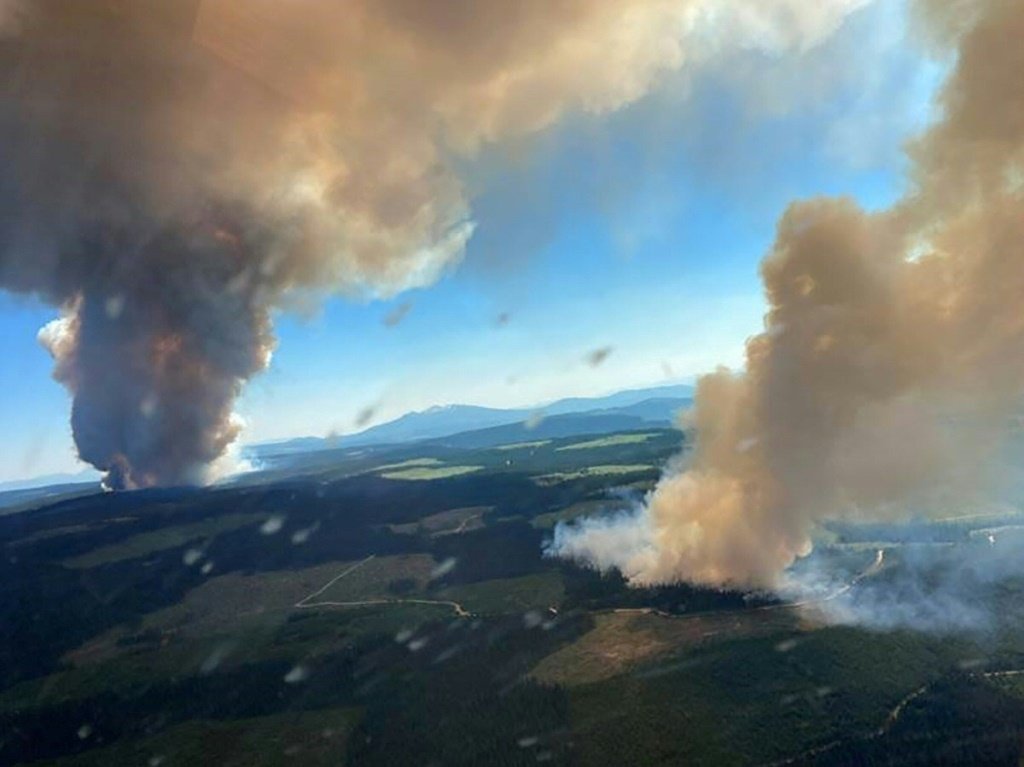 the armed forces of the Canada are on alert this Saturday, 3, to help evacuate cities and fight more than 170 fires caused by a suffocating heat wave and drought in the west of the country.

At least 177 fires have occurred in the province of British Columbia, of which 76 have been registered in the past two days, officials said. Most were caused by lightning.

“Many of these lightning strikes have struck near communities, as seen in the Kamloops area,” 350 kilometers northeast of Vancouver, he added.

While the “heat dome” phenomenon that traps hot air in the region is blamed for sweltering conditions in the western United States and Canada, experts say climate change is causing temperature records to be broken more often.

Globally, the decade leading up to 2019 was the warmest on record, and the five hottest years have occurred since 2012, according to climate.gov.

“These fires show that we are at the beginning of what promises to be a long and difficult summer,” he added at a news conference.

“We will be here to help,” he told reporters.

The group said it had decided to establish an operations center in Edmonton, in the west of the country, with up to 350 military personnel to provide logistical support to the region, according to Defense Minister Harjit Sajjan. Military planes were also sent.

About 1,000 people have been forced from their homes because of fires in British Columbia, and many more are missing.

At least 719 people died in the week, “three times more” than the average for that period, reported the British Columbia Medical Examiner’s Department.

The small town of Lytton was evacuated on Wednesday after a fire quickly spread through the area. About 90% of the city was burned, according to Brad Vis, a deputy representing the area.

On Tuesday, 49.6 degrees Celsius were recorded in this town, a record in Canada.

The heat wave continued to spread across Canada on Saturday, also affecting the provinces of Alberta, Saskatchewan and Manitoba, as well as parts of the Northwest Territories and parts of northern Ontario.

Further south, the US states of Washington and Oregon also experience record temperatures.

At least 94 people died in Oregon from the heat wave, authorities warned on Friday. And in California, three fires have already destroyed some 16,200 hectares in the north of the state.