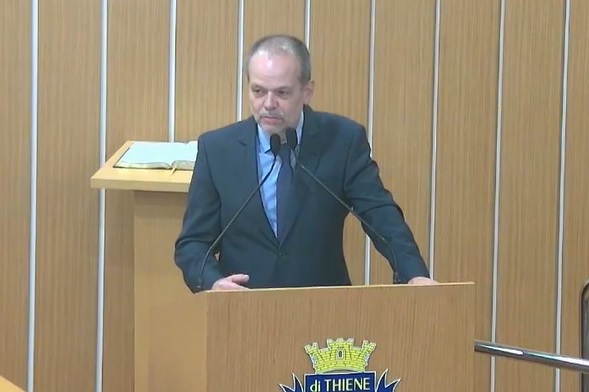 With the contested candidacy, Mayor José Auricchio promises to defend himself in court and recalls the case of Saul Klein, a businessman accused of enticing young people, who was a candidate on the opposition’s slate

Councilor Tite Campanella (Citizenship) was installed interim mayor of Sao Caetano do Sul, in Greater São Paulo, this Friday, 1st. Elected mayor of the city council, he will sit in the Executive’s seat until there is a decision on the José Auricchio Júnior (PSDB), whose candidacy for reelection was rejected by the Electoral Justice based on the Clean Record Law. The toucan has two convictions for receiving irregular donations. He tries to reverse the decision in the TSE (Superior Electoral Court).

Campanella, who is an ally of Auricchio, defended the PSDB politician. “I want that, as soon as possible, I can give this chair to whoever is entitled to it. In the meantime, I will be at the head of the government following the precepts of Mayor Auricchio, with a serious, transparent, efficient and honest administration ”, he declared. Auricchio promised to defend himself in court and criticized the opposition, especially Fábio Palacio (PSD), candidate defeated in the elections. The candidate for vice on the Palacio ticket was businessman Saul Klein, accused of enticing more than 25 women who worked at parties at his home. “There is this frustrating situation, but I am convinced that I will reverse it. I respect justice, I obey their decisions and, if I disagree, I appeal. That’s what I’m doing. The group [de Palacio] seeks an individual project of power. I am proud to have Dr. [Carlos Humberto] Seraphim as my vice. Family man, gynecologist who takes care of real women, with professional dedication and respect. ”