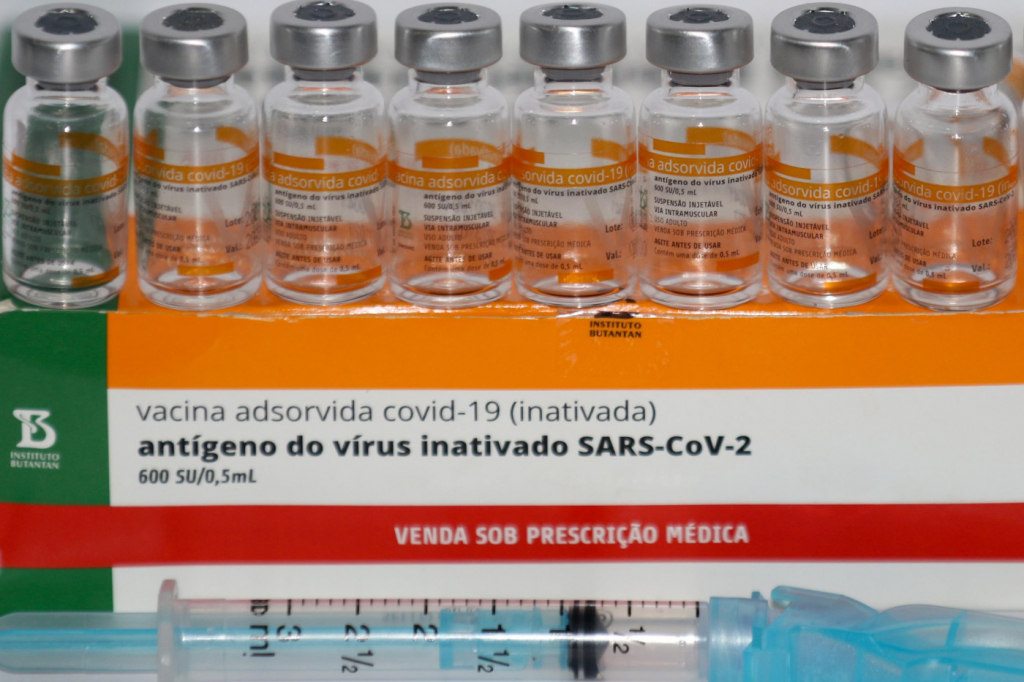 Vaccine manufacturing has been halted since May 14; delivery of the raw material was impacted by diplomatic issues involving China and Brazil

O Butantan Institute resumed at dawn this Thursday, 27, the production of CoronaVac for the delivery of more than 5 million doses of vaccines against Covid-19. Due to the lack of raw material, Butantan halted the production of the immunizer on May 14. THE China halted the release of Active Pharmaceutical Input (IFA), an essential ingredient in the production of vaccines, delaying the production of CoronaVac, after a series of diplomatic problems involving the Brazilian and Chinese government. The expectation was that another 6 thousand liters of inputs would arrive in Brazil on May 10, but only 3 thousand liters of IFA were delivered last Tuesday, 25. The raw material, sent by biopharmaceuticals Sinovac, Butantan’s partner in the development of the vaccine, will go through the processes of filling, labeling, packaging and strict quality control so that the vaccine is delivered to the National Immunization Program (PNI). The Butantan Institute foresees a period of 15 to 20 days for the end of production. “In May, Butantan reached the mark of 47.2 million doses delivered to the PNI, fulfilling the first contract of 46 million signed on January 7 with the Ministry of Health, and now it works to complete the 54 million doses referring to to the second contract, totaling 100 million vaccines ”, says note.