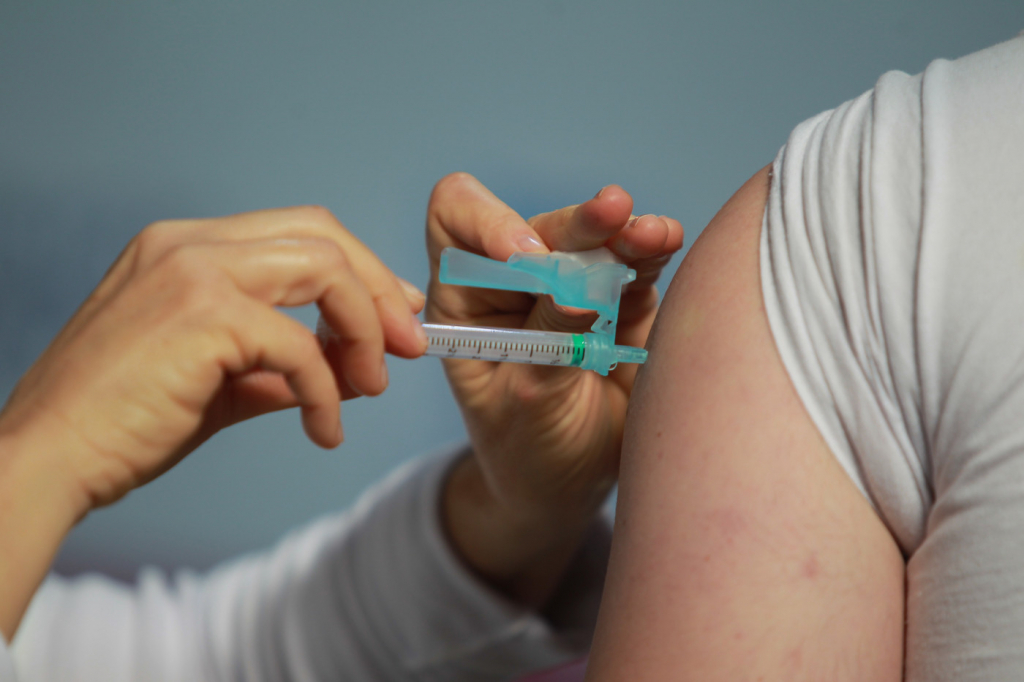 For specialists, immunization of minors brings more benefits than harm, but more studies are needed for the endorsement of Anvisa; China was the first country to approve

A Pfizer and BioNTech announced on the 20th that the vaccine against Covid-19 produced in partnership by the two pharmaceuticals is safe and effective for children between 5 and 11 years. In a statement, they reported that a lower dose of the immunizing agent induced a “robust” response in this age group. Other companies, such as Sinovac, maker of CoronaVac, Sinopharm, Modern and Bharat Biotech, da Covaxin, they are also already testing the vaccine for kids and had positive results against Covid-19. Although minors are less vulnerable to Covid-19, they are also susceptible to serious cases and hospitalizations for the disease. So far, five countries already apply the immunizing agent in this age group: China, Israel, Chile, Cuba and the United Arab Emirates. Although almost 3 billion of adults have already been immunized in the world, proving that vaccines against Covid-19 are safe and effective, these results are not sufficient and do not replace the research needed for application in children. According to scientists, their bodies are developing and reacting differently, which requires more studies to scientifically prove the effectiveness and safety.

A China was the first country in the world to approve the use of a Covid-19 vaccine for children and adolescents. In June, it authorized the application of the CoronaVac from 3 years of age. At the Chile, vaccination with CoronaVac is authorized from the age of 6 years. In Brazil, the National Health Surveillance Agency (Anvisa) rejected, in June, the request to include children from 3 years of age among those who can receive the vaccine. At the time, the agency requested that more studies be carried out on the effectiveness of the immunizing agent. For Marco Aurélio Sáfadi, president of the Scientific Department of Infectology of the Brazilian Society of Pediatrics (SBP), CoronaVac has characteristics that make it attractive to be used in the pediatric population. The expert believes that there is already new data that may allow Anvisa to reassess the decision.

“Of the vaccines we are using so far, CoronaVac is the one that has the least association with a serious adverse event. So far, there are none associated with it in a serious way, which for children is very important. There is no doubt that the vaccines that are being used today have a very favorable risk analysis. They bring more benefit than harm”, he explains. “At the same time, children, in general, with a lower dose of the vaccine, are able to mount a very efficient immune response. They achieve very high effectiveness rates, better than adults. CoronaVac is less effective than others, but for children, this would not be a problem because it would provide what they need in a very safe way”, he adds.

The infectologist Raquel Muarrek, from Rede D’or, believes that vaccinating children can help reduce the rate of transmission of the virus. “The more people vaccinated and the earlier the vaccine, the more likely we are to have a drop in transmission,” he says. According to the specialist, children, despite having a lower risk of severe cases or hospitalization, may be asymptomatic and transmit the coronavirus to older people. “Every vaccine has a better response in those who have the proper immune system. A child produces greater immune response formation than an adult. So, when you vaccinate a child, it reduces transmission to people with a risk factor and lower immunity”, explains Muarrek. “If we have most of the population vaccinated, we reduce hospitalizations, risk of severity and mortality. However, it will only reduce transmission when it reaches above 85% of the vaccinated population as a whole”, he completes.

Sáfadi, on the other hand, says that data on the relationship between vaccines and the rate of transmission of the virus are still fragile. “THEVaccines have been shown to be very effective in preventing severe forms of the disease, but to prevent infection and transmission they are not as effective. A vaccine like CoronaVac, for example, does not yet have any data to show that it can prevent transmission. It manages to prevent gravity”, he points out. “It is possible that it will impact the transmission rate, it would be a very interesting additional benefit, but we need more data to categorically state this.”

In addition to China and Chile, the United Arab Emirates announced the approval of the Sinopharm vaccine for children over 3 years old in August. In Israel, Pfizer’s vaccine is only applied to minors with health problems such as severe chronic lung disease, severe immunosuppression, neurodevelopmental disorders, sickle cell anemia, heart failure, pulmonary hypertension and obesity. The country’s health authorities authorized immunization for children from 5 years old, but with doses three times lower than the standard.

Already in Cuba, children aged 2 years and over are being immunized with Sovereign 2, a vaccine developed on the island. You USA they also plan to start vaccinating this group soon. Immunologist Anthony Fauci, director of the National Institute of Allergy and Infectious Diseases, said this week in an interview with MSNBC network that there is a “reasonably good chance” that the vaccine will be available for children later this year. However, approval is still required from the FDA, the federal agency that reviews vaccines and drugs in the US. Scott Gottlieb, who serves on Pfizer’s board of directors, told CBS TV that the drugmaker is expected to submit the application for approval in early October. This Friday, 1st, the Minister of Health of Argentina, Carla Vizzotti, informed that the country will start the immunization of kids from 3 to 11 years with the chinese Sinopharm, which received approval from the Argentine regulatory agency for emergency use in the pediatric population. The estimate is that of 5.5 million a 6 million children immunized in a two-dose schedule.