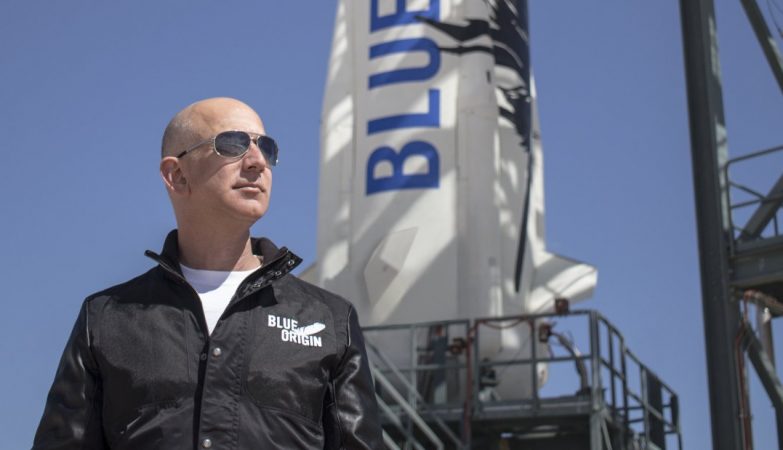 The richest man in the world, Jeff Bezos, is due to leave Earth for the first time today, in the company of a student and an aviation pioneer, who will become the youngest and oldest person in space.

the flight of Blue Origin, company founded by the American magnate in 2000 and in which his brother Mark will also follow, he will take off from Texas at 14:00 (Lisbon time).

If everything goes according to plan, Jeff and Mark Bezos, the young dutch Oliver Daemen, 18 years old, and the former US pilot Wally Funk, The 82-year-old will view Earth from a window and live in microgravity for three or four minutes before returning to Earth, in a desert area of ​​Texas, ten minutes after take-off.

Blue Origin’s first manned flight ever takes place on the day 52 years after the arrival of the Americans, and the first two humans, on the Moon’s surface.

#NewShepard remains go for launch on Tuesday, July 20, from Launch Site One in West Texas. Tune into the live broadcast at 6:30 am CDT / 11:30 UTC on https://t.co/7Y4TherpLr. Watch the replay of today’s pre-launch briefing here: https://t.co/1G0IGTKULK #NSFirstHumanFlight pic.twitter.com/m24z8RoYAl

Wally Funk will fulfill her dream of going to space after being rejected in the 1960s for the astronaut program because she was a woman.

Oliver Daemen, whose father, a multimillionaire, gave him his place on the trip after another candidate withdrew., who had paid 23.7 million euros for the auctioned ticket, has been fascinated by space, moon and rockets since he was 4 years old and has a private pilot’s license.

The New Shepard rocket, on top of which is attached the capsule where the four space tourists will follow, is autonomous and will reach an altitude of 106 kilometers, accelerating into space at three times the speed of sound.

After separating from the capsule, the New Shepard will land vertically in Texas.

Jeff Bezos, the brother, the student and the ex-pilot will return a few minutes later to the starting point in the capsule equipped with a parachute, which will ease the descent to Earth.